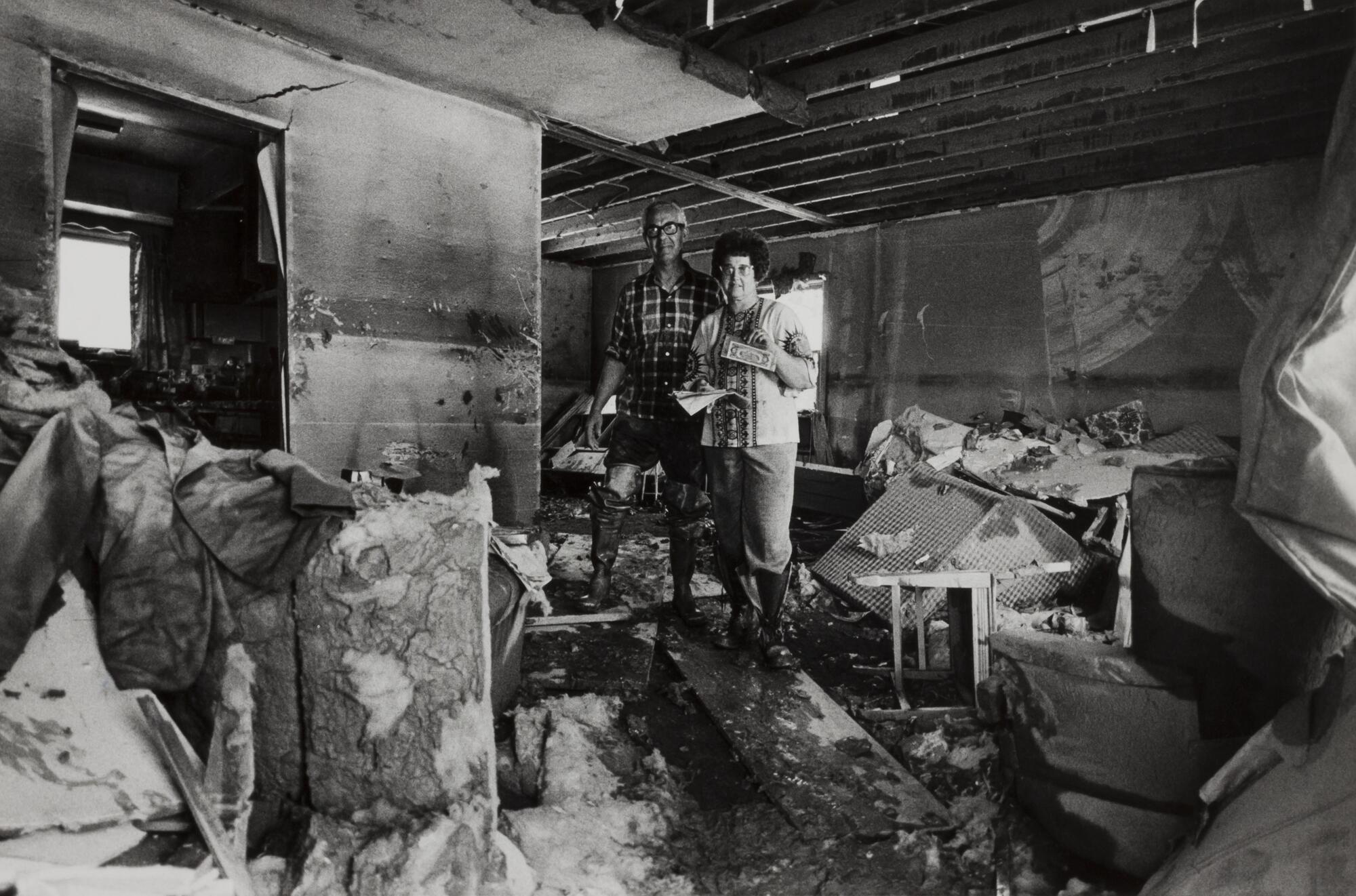 Subject matter
In this photograph, a married couple pose in the middle of a domestic interior space that has been ravaged by flood in Wilkes-Barre, Pennsylvania. Standing at some distance from the photographer, they hold up documents evidently rescued from among the debris that fills the home. Though it made landfall as a tropical storm, former Hurricane Agnes became one of the most devastating natural disasters in modern U.S. history due to the floods and tornadoes it caused across much of the eastern seaboard. Wilkes-Barre was particularly affected and had to be evacuated when the Susquehanna River crested its banks, resulting in 128 deaths and billions of dollars in damage. Freed, known for images of the Civil Rights Movement, here photographs residents who have returned to the city after the storm has subsided. Freed focuses on not only the flood's devastation but also its effects on the community and on individuals.

Physical Description
People inside their home that has been destroyed by a flood.