The Politics of Dinner, Afghanistan (Khrushchev Exchanges Food with the Afghan P.M. While Bulganin Looks On) 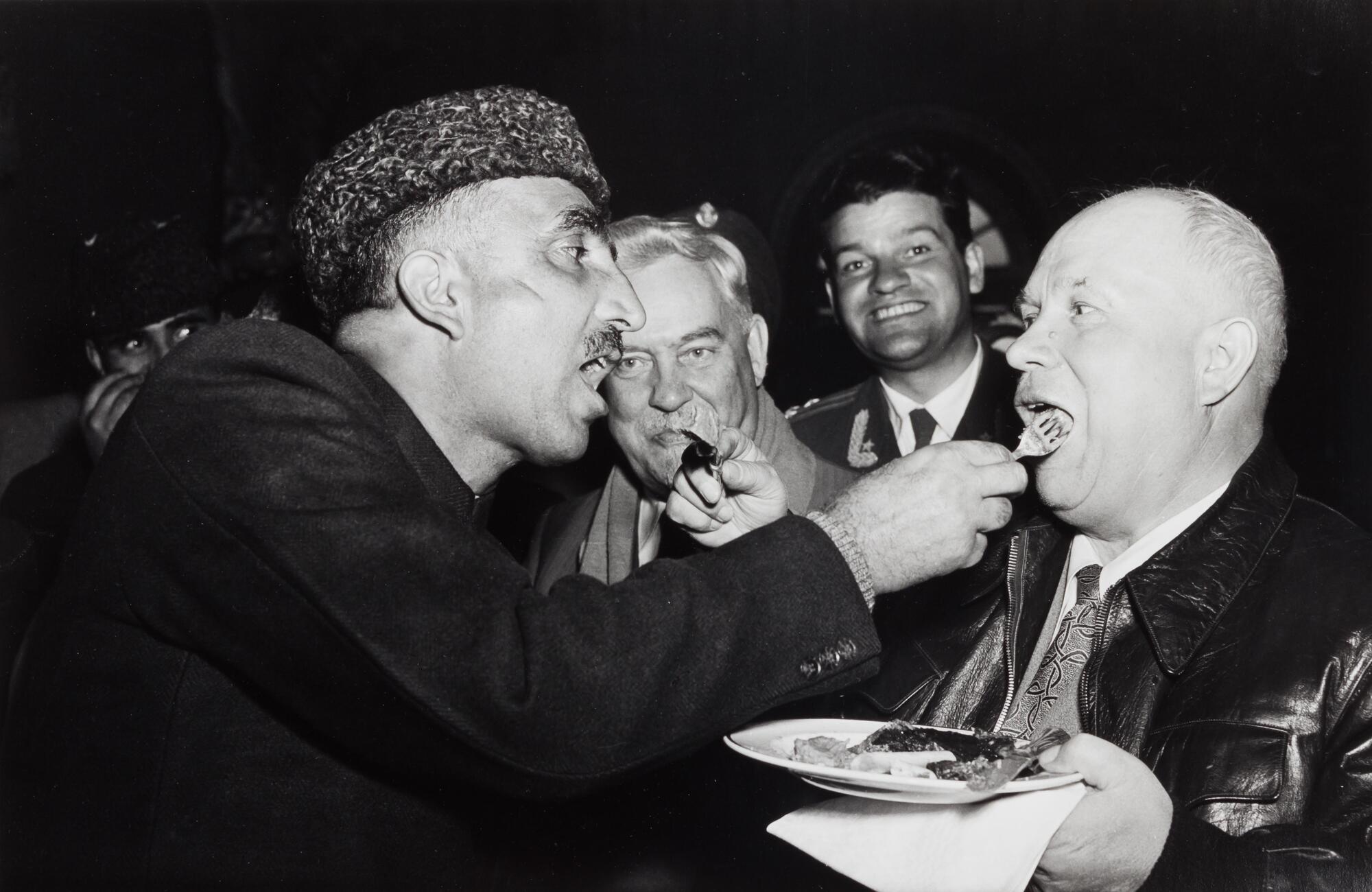 Title
The Politics of Dinner, Afghanistan (Khrushchev Exchanges Food with the Afghan P.M. While Bulganin Looks On)

Subject matter
In this photograph, two men—Soviet Prime Minister Nikita Khrushchev and Afghan Prime Minister Mohammed Daoud Khan—exchange food during the former’s official state visit to Afghanistan. The image represents the moment when the Daoud Khan places a forkful of food in the Soviet politician’s mouth. The close-up view of the scene speaks to the intimacy of the act. At least two men look on—evidently other Soviet statesmen—their grinning faces clearly visible in the middle of photograph. The depiction of this ceremonious state visit seems almost comical here to the point of caricature. At least, Baltermants seems to revel in the humorous awkwardness of this diplomatic ritual.

Physical Description
Two men in the foreground feed one another while two additional men look on or out at the viewer from behind.