Fisherman on his Boat, Cuba 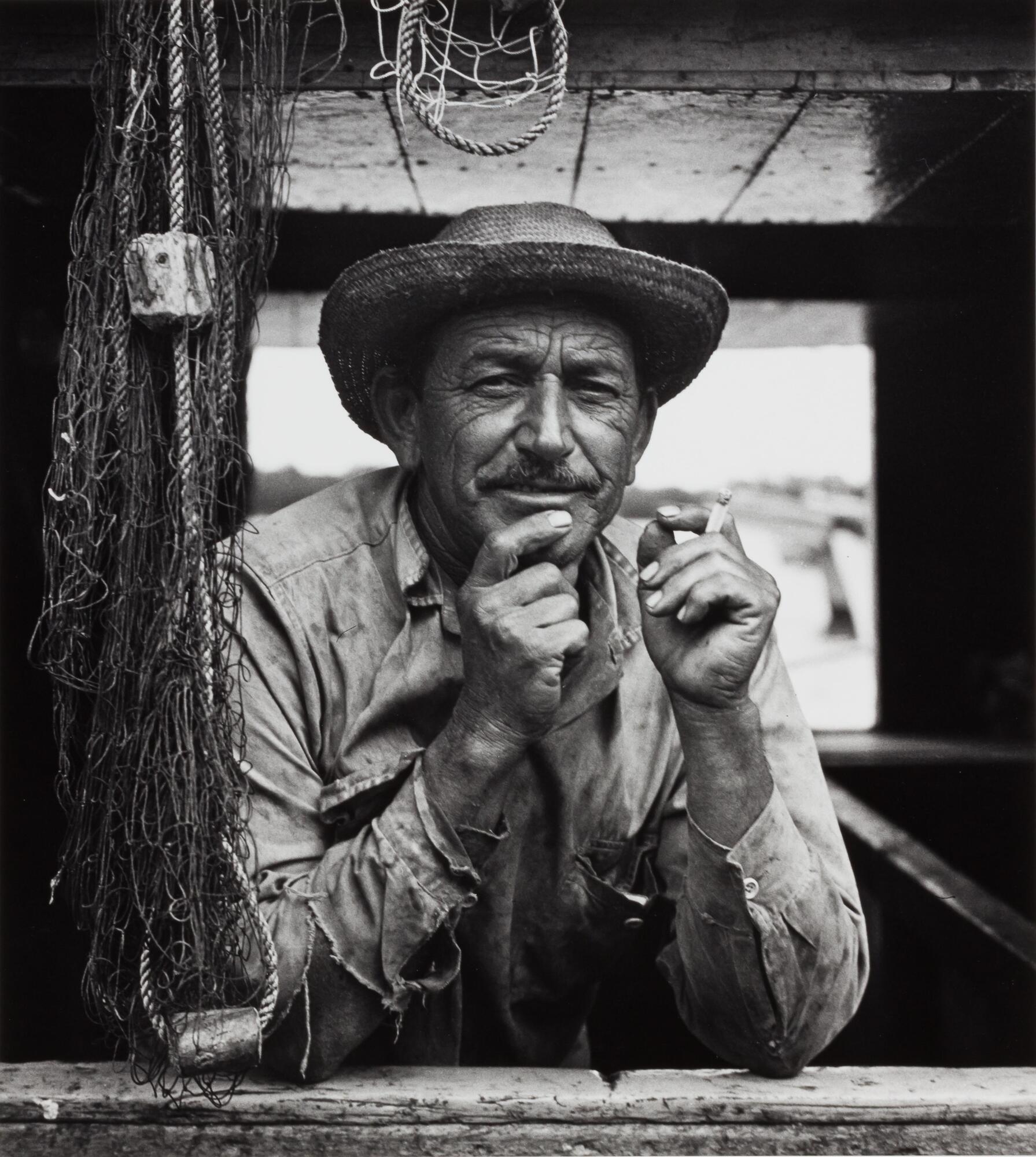 Title
Fisherman on his Boat, Cuba

Subject matter
The leathery, wizened visage of a fisherman who wears a torn shirt and straw hat while holding a cigarette dominates the composition of this photograph. The man leans over a wooden ledge on which he also rests his elbows; his body forms a relatively pronounced triangle. The format of a half-length figure positioned in such a pyramidal structure recalls pictorial conventions of Italian Renaissance portraiture. The man is further encased on all sides: on the left by the dangling fisher’s net, on the right by an area of deep shadow, on top by the wooden planks of the boat's ceiling, and on bottom by the wooden ledge. The subject of the photograph seems almost to speak to Ernest Hemingway’s The Old Man and the Sea (1952), the protagonist of which is also an aging Cuban fisherman.

Physical Description
Half-length image of an elderly man in a straw hat holding a cigarette as he looks out toward the viewer.