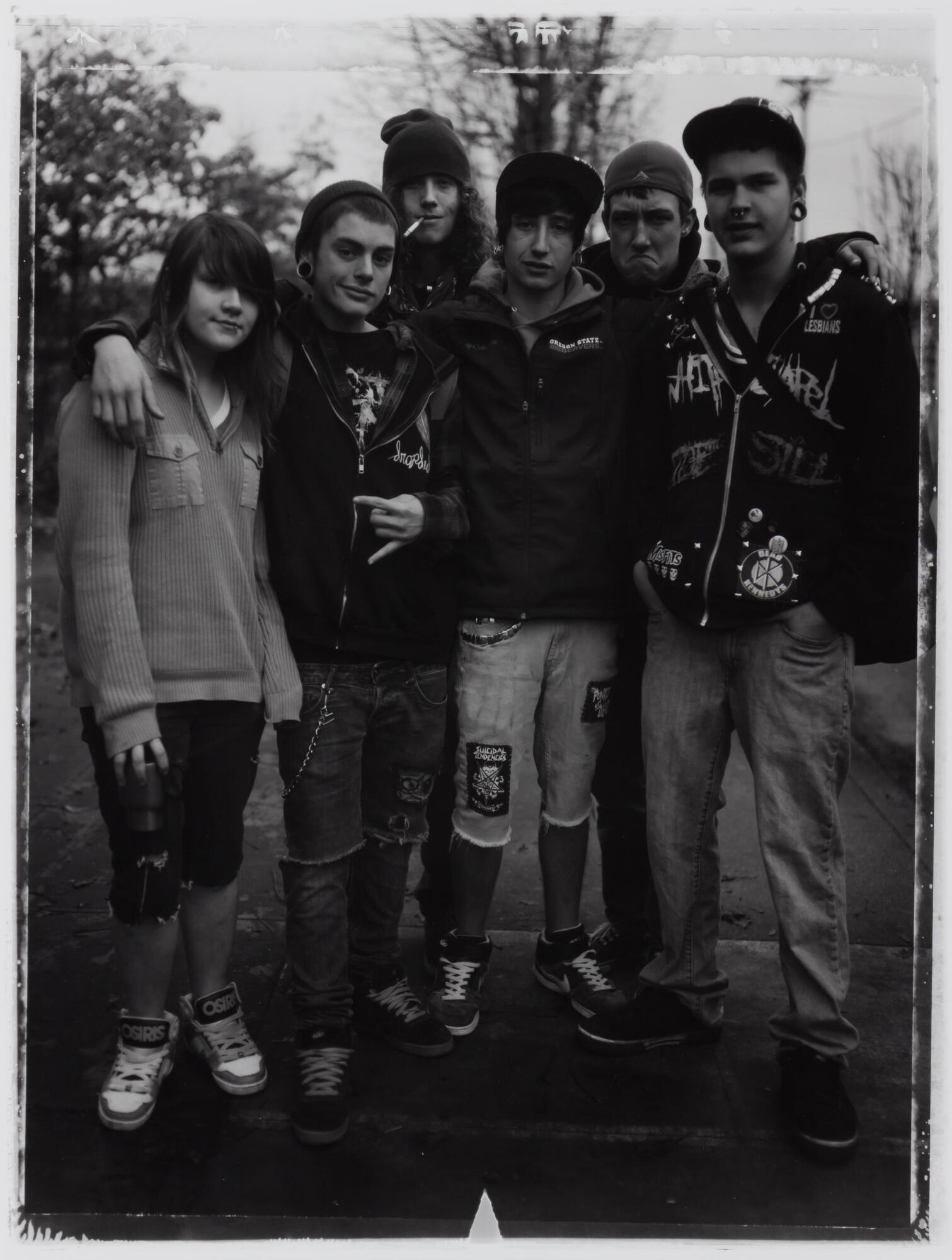 Subject matter
This photograph depicts teenagers posing as a group. Arms around one another, the five boys and one girl are dressed in baggy clothes and skateboarder shoes, their shorts and sweatshirts adorned with patches bearing the names of punk rock bands. Three of the boys have gauged earrings, which are large, cylindrical plugs that stretch out the skin of one’s earlobes. One boy in the background grimaces in a stern pout, another with a wry sideways smile flashes the “rock-on” hand signal, with the index and pinky fingers raised. A tall boy in the center of the photograph smiles coolly, a lit cigarette idly drooping out of the corner of his mouth. The close huddle and attention the group reveals their earnest interest in their photograph being taken. The blurred, out-of-focus setting behind the figures appears to be an asphalted, suburban lot, with trees and telephone poles visible. Indicative of Polaroid Type 55 film—the kind of film used to create this image—a rectangular, white border made by chemical stains from the photo’s processing appears to float on top of the image, framing the figures inside. While this image has the appearance of a snapshot, the rich luster of the gelatin silver print imbues the moment with a palpable intentionality. This photograph is part of a series documenting the people in the photographer’s neighborhood in St. Johns, Portland, Oregon.

Physical Description
This photograph depicts a group of teenagers wearing punk rock-style clothing with their arms around one another and posing for the camera.