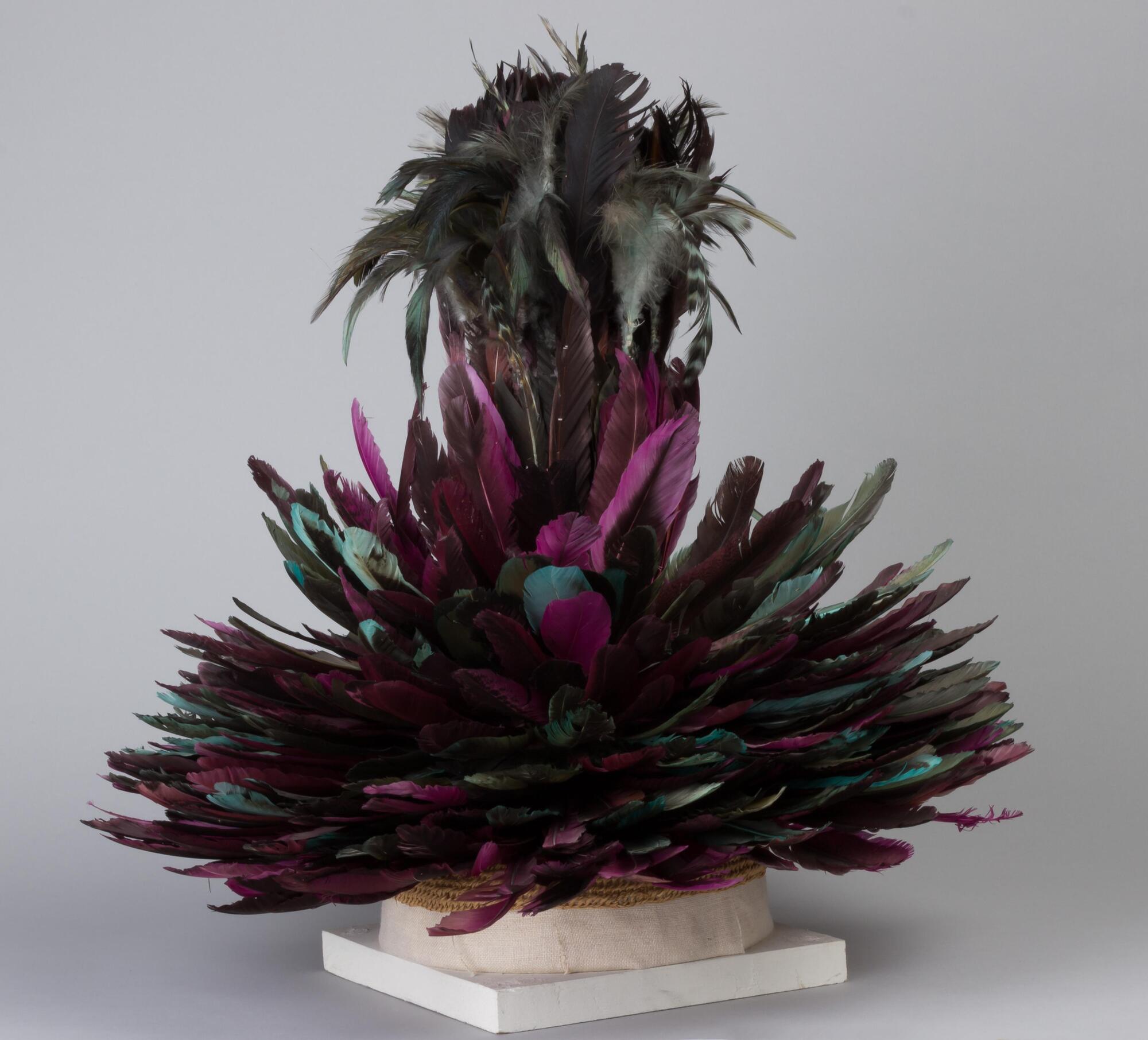 Subject matter
In the Cameroon Grassfields, hats and caps acted as signifiers of status. When all men covered their heads, most wore plain black caps. In the past, when slavery was in place, slaves were prohibited from wearing hats or caps. Titled or elite men wore more elaborated hats that varied in their form and the materials used. In addition to the shape of the hat denoting a man’s status in society, the materials used also contributed to the level of prestige represented in a hat.

Feather hats or headdresses, such as this one, would have been an important part of ceremonial regalia. Lead dancers often wore and continue to wear these hats at festivals. Certain feathers used to only be found in the hats of elite men, such as the red tail feathers from grey parrots or feathers from turaco birds. Similar hats made from red feathers were often worn by members of the Kuosi society during ceremonial events and festivals. By tying feathers to raffia splits attached to a raffia cap, the hats are made to be collapsable. When not in use, they can then be hung from the rafters.

Physical Description
A headdress made of woven raffia palm fibers in the shape of a cap and decorated with dark purple and green feathers. The feathers point upward and outward from the cap, while the center of the headdress has a bundle of large, dark feathers.

Rights
If you are interested in using an image for a publication, please visit http://umma.umich.edu/request-image for more information and to fill out the online Image Rights and Reproductions Request Form. Keywords
masquerades
prestige
social status
symbols of office or status
wealth