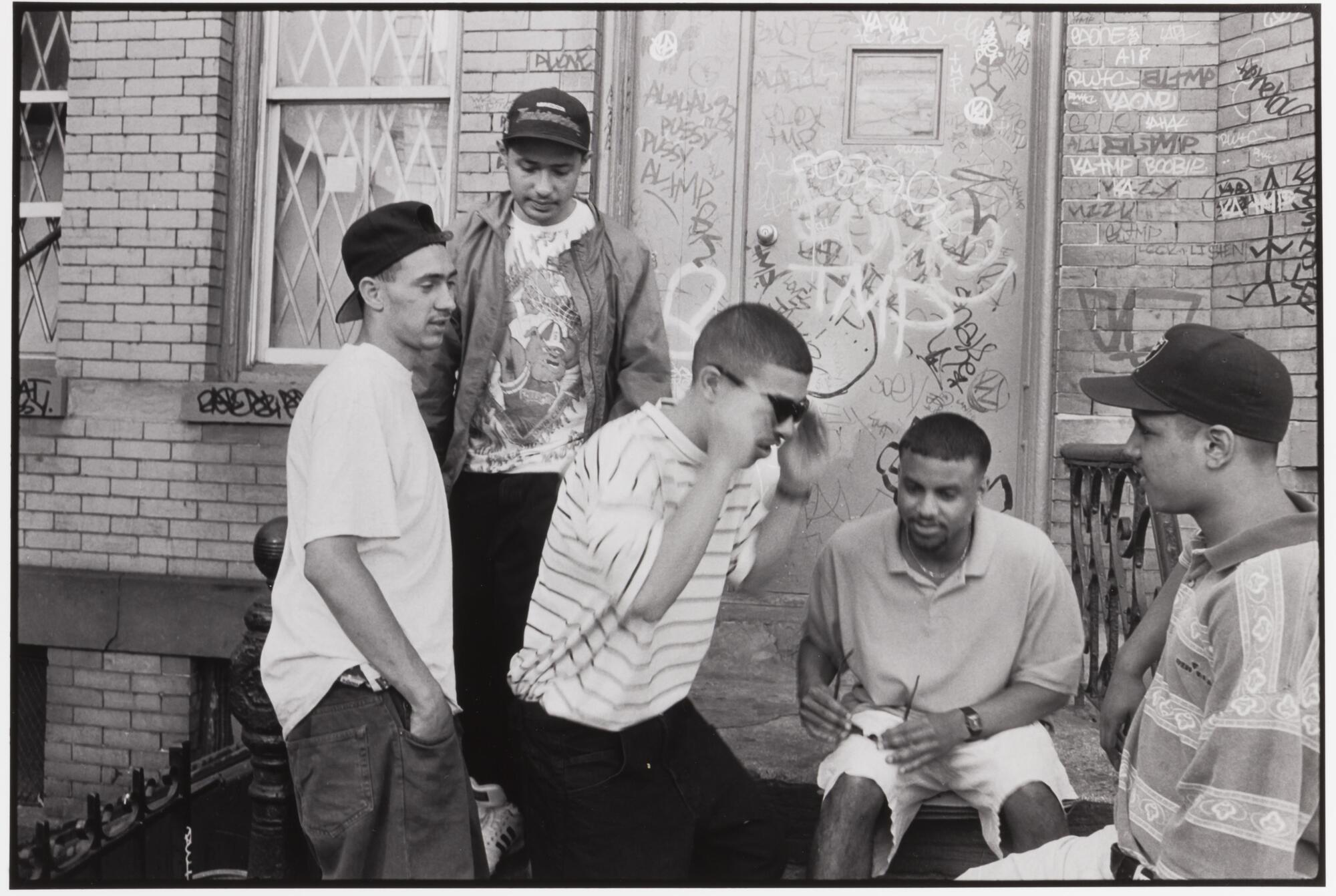 Subject matter
In Let Them Kill Themselves, Lyon documented urban life in Bushwick, Brooklyn. He first met a group of boys on the J Train. Intrigued by them, he followed them, asking to take their photographs. He returned a few days later to give them copies of the images, and learned that five of the seven boys had been shot. As he photographed, he heard many similar stories. In this photograph, the group of boys stand in front of one of many similar memorials, which contain graffiti and names of people who have died.

Physical Description
A photograph of a group of five young men in front of a door and brick wall, which are covered in graffiti. Two men stand on the left, one puts on sunglasses and crouches toward the other two, one sitting and one standing, on the right.