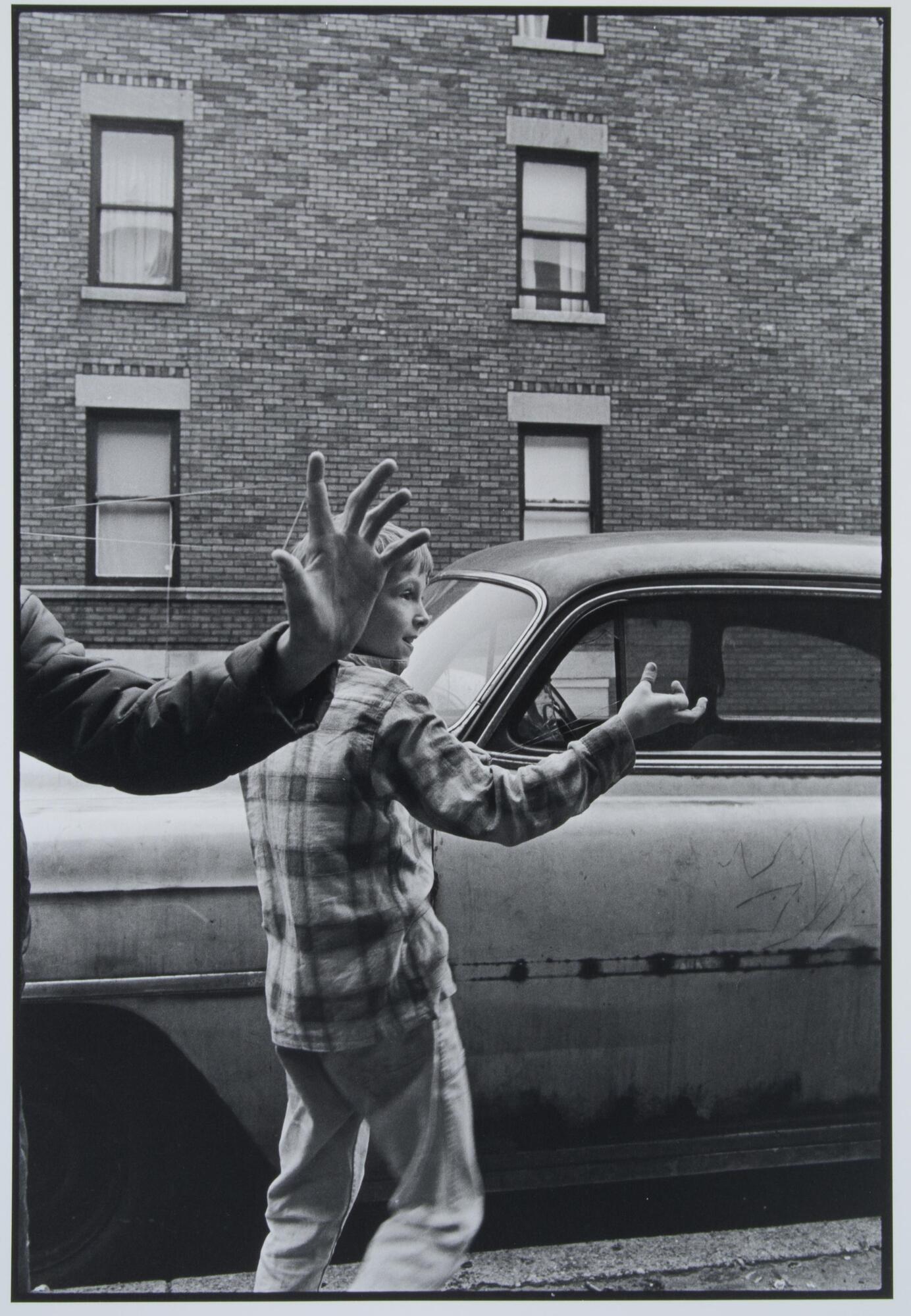 Physical Description
A parked car sits in the middle ground, a multi-story brick building in the background. In the foreground, two boys stand with rubber bands on their hands. The first boy's arm is visible and covers the second boy's head.