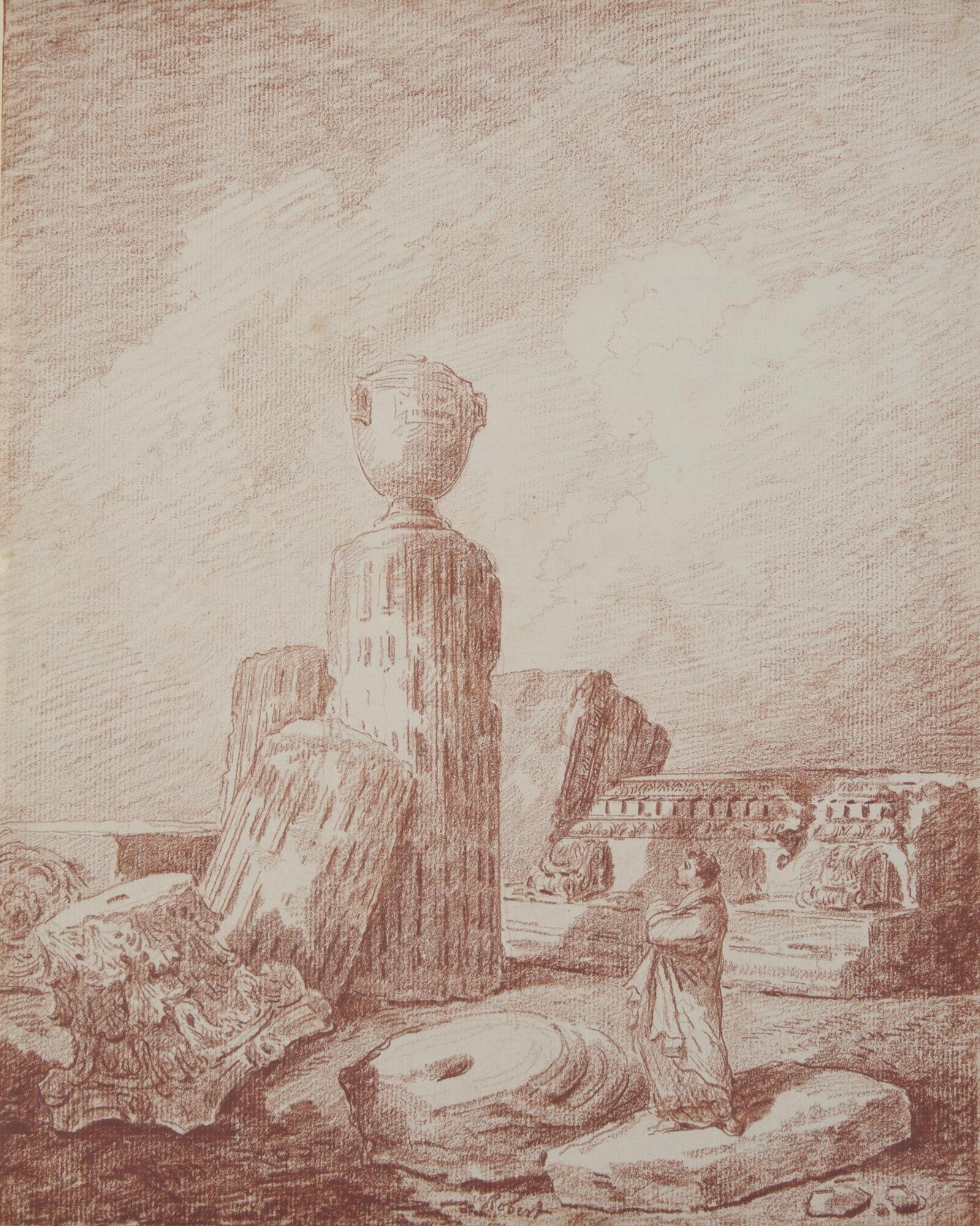 Subject matter
This drawing, attributed to the late-nineteenth century French painter Hubert Robert, depicts a male figure in a long, draped garment standing on a slab of stone amidst an ancient ruin. Probably an invented scene of the type Robert became known for, this composition includes a number of columns and capitals piled alongside one another in the middle ground, one of which has an urn on top of it, and a number of friezes and other decorative architectural fragments in the background. The artist conveyed the recession of depth with gently gradated transitions from the darkly shaded foreground to the light sky behind it, which fills the upper three-quarters of the composition.