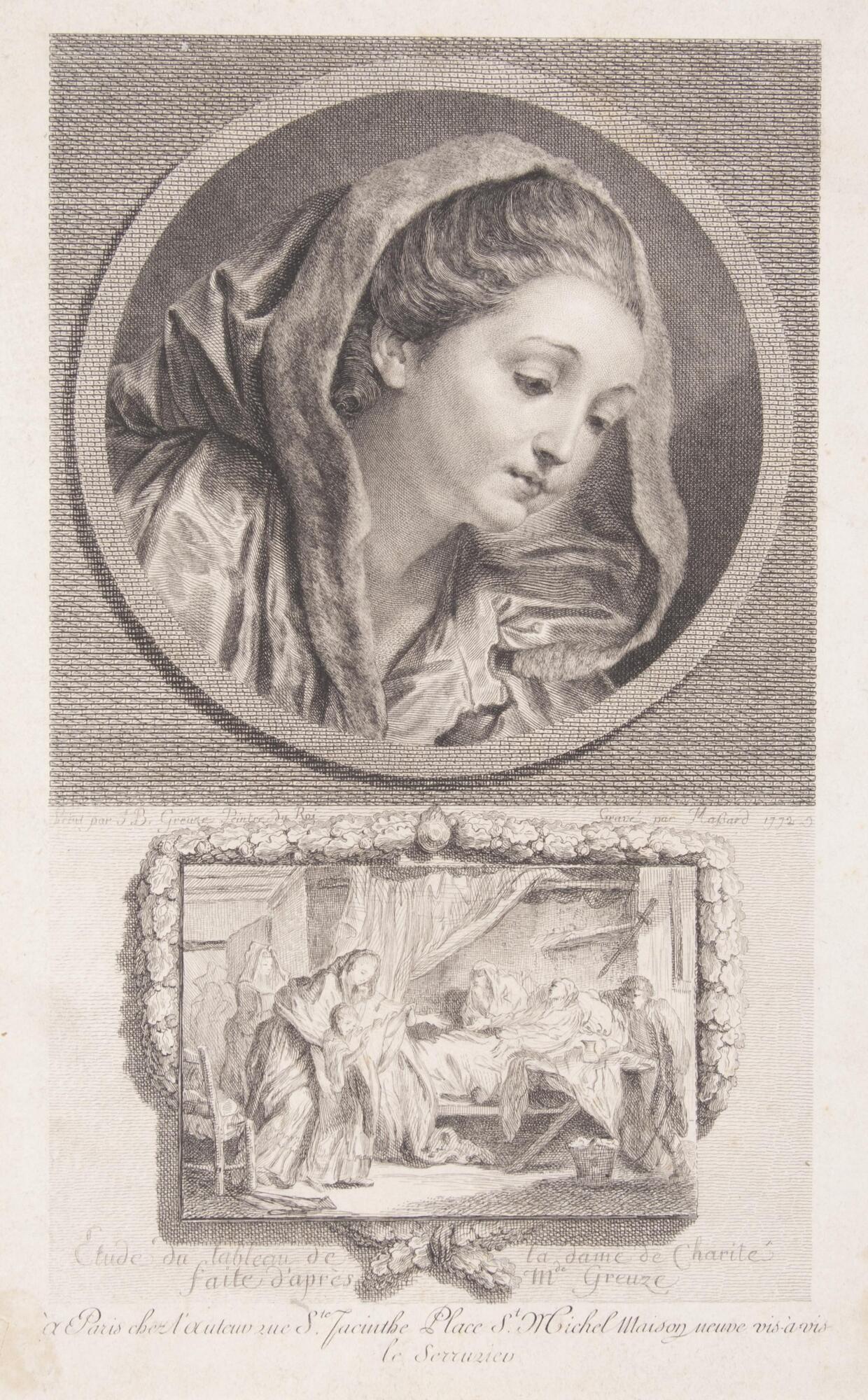 Subject matter
This print reproduces an intermediary state of Greuze's then unfinished oil painting depicting the lady of charity ("La Dame de charité"). As such, it served to publicize the painting when it was published in 1772. Massard's reproduction focuses on the young woman at the center of the story, depicting a detail of her head, cloaked in a fur-lined hood, as she looks modestly downward. This image is encircled in a medallion and given pride of place in the upper half of the print, and Massard treats it with great attention to detail. Below the bust, Greuze's painting appears to be lightly sketched and is surrounded by a wreath. Although the narrative is somewhat vague, it is clear the lady is visiting a sick man while comforting her child, a doubly generous gesture that provides moral justification for this image of a pretty woman.

Physical Description
A bust of a pensive female figure enrobed in drapery is encased in a medallion.  It is above a sketched scene with multiple figures in an interior space, who surround a man lying in a bed that is enframed by a garland of foliage.

Treatment and Healing
(Part of: History of Medicine - American Association of Historians of Medicine (AAHM))
Caregiving, Risk, and Corona