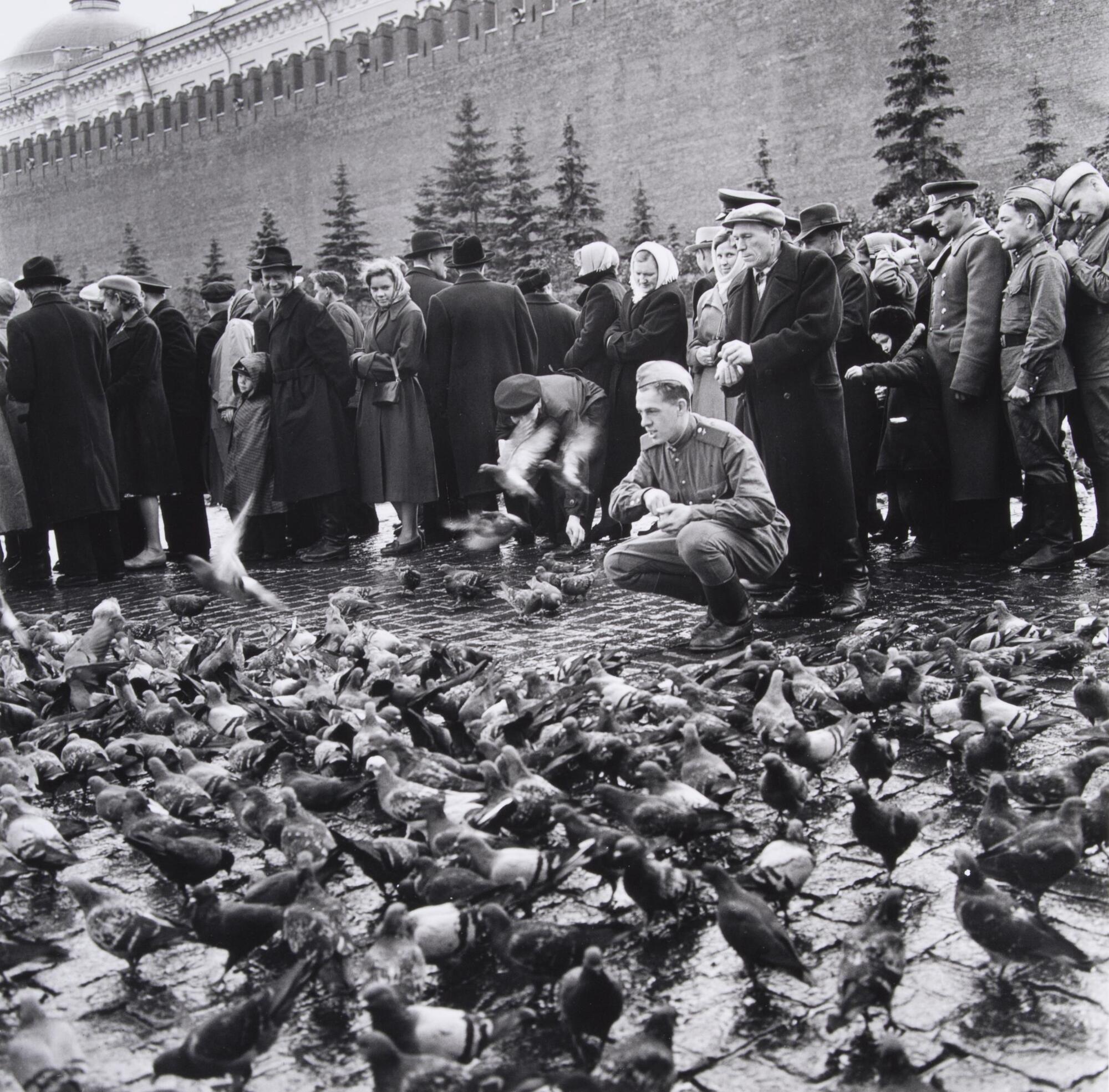 Subject matter
In this photograph, a young soldier of the Red Army pauses and crouches down to feed a flock of pigeons on Moscow’s Red Square. A line of civilians along with a few other soldiers file behind him; their exact purpose or destination is ambiguous. Other men and women have also paused to toss food at their avian compatriots in a relatively light-hearted scene of everyday life. The imposing, crenelated wall of the Kremlin—the physical and conceptual locus of Soviet authority—provides the backdrop. The composition of the photograph is organized into three distinct registers: birds and stone pavement fill the foreground; human figures form a horizontal band across the middle; and the Kremlin walls and a spattering of coniferous trees take up the top third.

Physical Description
A young soldier crouches down amid a crowd of people to feed a large flock of pigeons.

The Crowd
(Part of 8 Learning Collections)
World War II Images
(Part of: Examples of Student Research in the Exchange)
How We Express Ourselves
(Part of: I.B. Units of Inquiry)