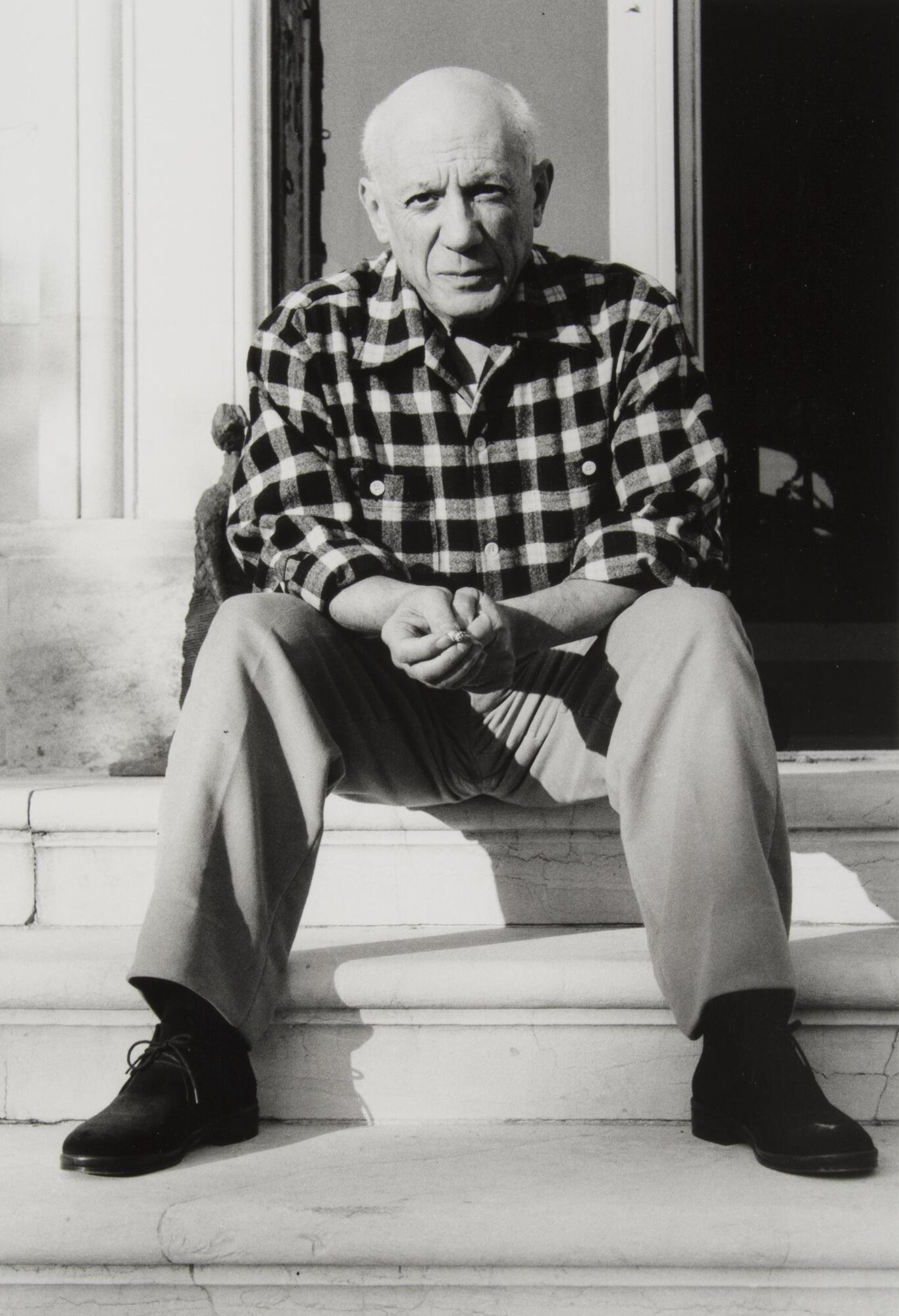 This work is a portrait of Pablo Picasso. Picasso and Clergue met when Clergue was 19. Picasso told Clergue to develop his work and contact him after two years. At age 21, Clergue showed Picasso his work from his series Les Saltimbanques, and Picasso and Clergue began a long friendship that would last until PIcasso’s death in 1973. Picasso supported and championed Clergue's work, introducing him to influential figures such as Jean Cocteau. In 1955, Picasso allowed Clergue to photograph him in his studio, a rare privilege he granted only to the most accomplished photographers.

Physical Description
This portrait of a man shows him sitting on a set of steps, hands clasped between his knees. He wears a checkered shirt and long trousers.

Rights
If you are interested in using an image for a publication, please visit http://umma.umich.edu/request-image for more information and to fill out the online Image Rights and Reproductions Request Form. Keywords
artists (visual artists)
daylight
men (male humans)
portraits
sitting
stairs