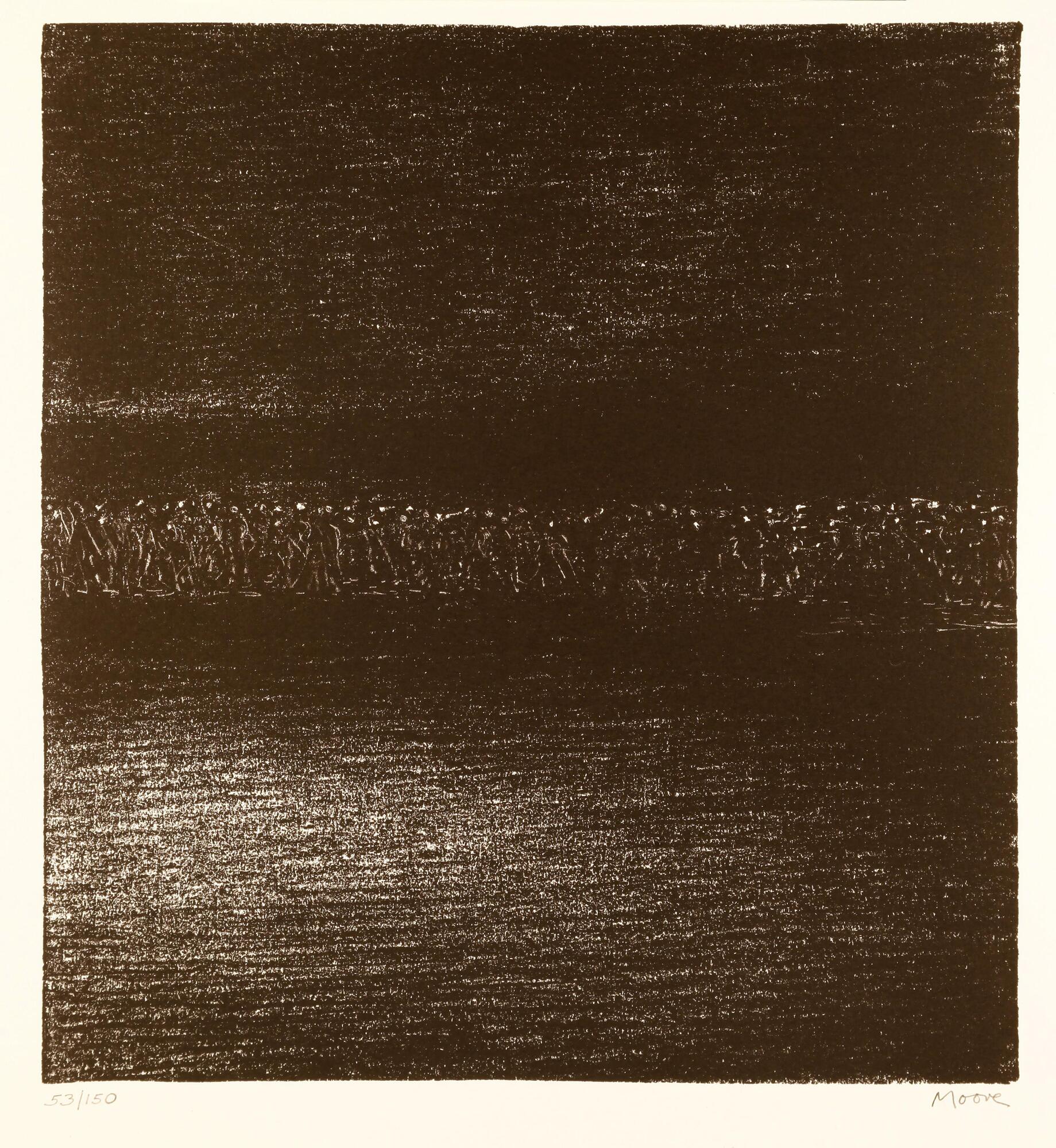 Subject matter
One of four loose leaf lithographs included alongside a book of assorted poems by the Pulitzer Prize winning British-American poet W. H. Auden that has an accompany of lithographs designed especially for the project by British sculptor Henry Moore. Henry Moore drew the accompanying images in response to the choosen poems between February and December of 1973. The lihtographs are included in a slipcase in a box that also includes the book (Edition B, 2011/1.125). The three other accompanying works are "Thin-lipped Armourer II" (2011/1.123), "Forest" (2011/1.124), and "Fjord" (2011/1.122). For the aesthetics of this print, Moore was inspired by the turn-of-the-century French Pointalist artist Georges Seurat. Instead of focusing on outlines, this landscape fuses light, depth, volume in order to create a more mystical vision of the scene of the masses.

Physical Description
At the center of the lithograph there is a horizontal like of small, stylized figures. The print is signed (l.r.) "Moore" and numbered (l.l.) "53/150" in pencil.