General George Washington on His Charger 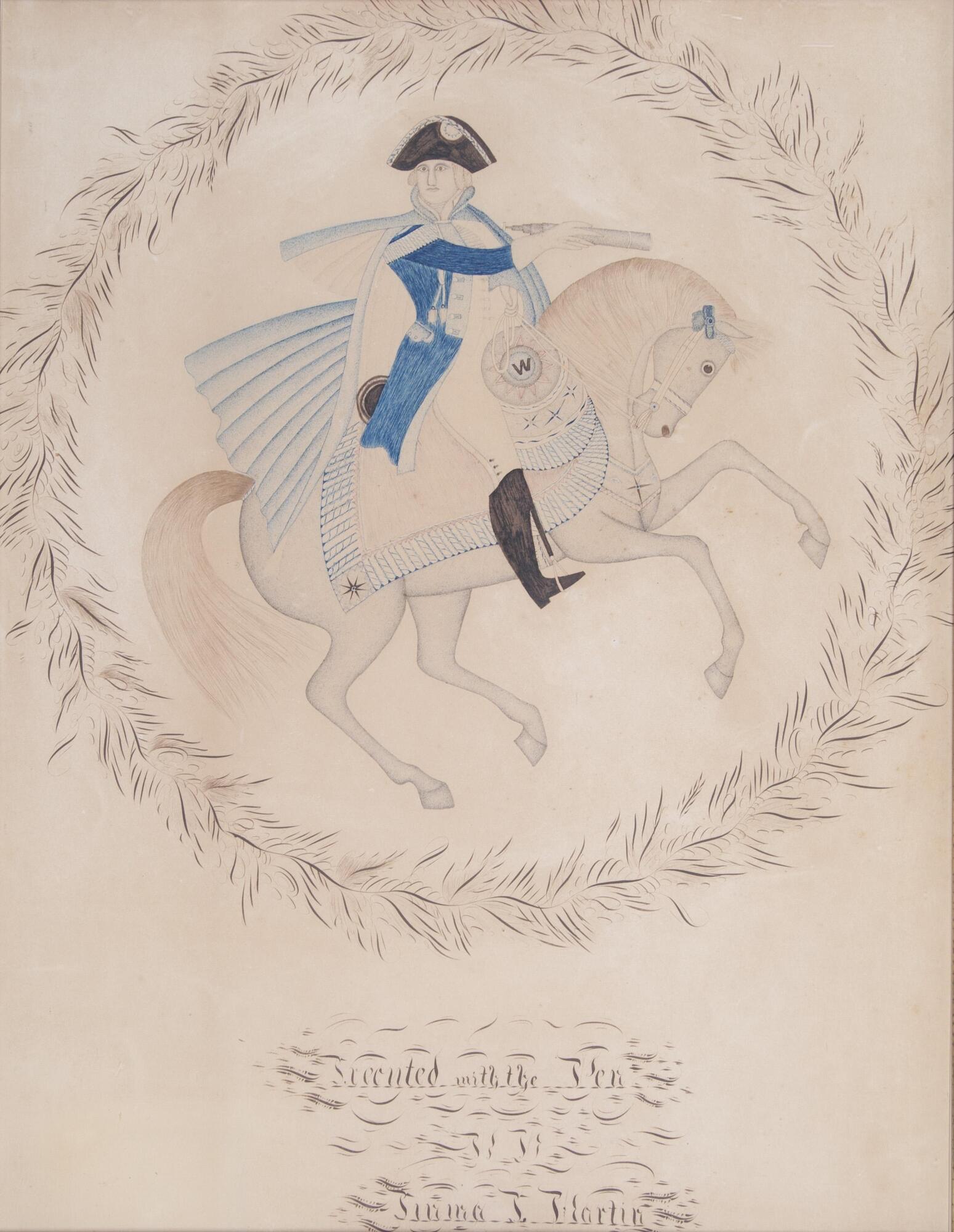 Label copy
Emma E. Martin
United States, active circa 1850
General George Washington on His Charger
circa 1850
Steel pen drawing with colored inks on paper
Gift of the Daniel and Harriet Fusfeld Folk Art Collection, 2002/1.173
Over the course of the nineteenth century, penmanship became an increasingly important sign of social status: a professional credit for boys and an aspect of refinement for girls. The Spencerian system of ornamental script, founded by Platt Roger Spencer (1800–1864), instructed students in the use of calligraphic techniques to form both letters and images. Patriotic exercises with animals and national leaders such as General George Washington on His Charger were particularly popular.
Without widely established public schools, most nineteenth-century Americans learned penmanship through specialized calligraphy schools or from itinerant master teachers who traveled from town to town. While penmanship was valued differently for boys and girls, it was also a democratic art: anyone willing to apply themselves could learn.
(Out of the Ordinary, 2010)
Emma E. (or J.) Martin was active in New England during the 1850s. Because of increasing rates of female education, women during this period enjoyed more freedom than in previous years. Women could attend female seminaries and academies and also had training in the "polite arts," which included painting and drawing. Watson most likely received training in the arts in this manner.
Subjects of national pride, especially depictions of the founding fathers, were very popular during the nineteenth century. As a subject, George Washington combined American ideals of freedom and democracy and inspired Americans to remember the accomplishments of the founding fathers.
People believed it was their duty to have a portrait of Washington in their homes, almost as if it were a sacred image. The popularity of the subject, combined with the early nineteenth-century increase in female education, makes it likely that this work was intended for school girls.
Lindsay Meehan
Modern and Contemporary Art Intern
2002