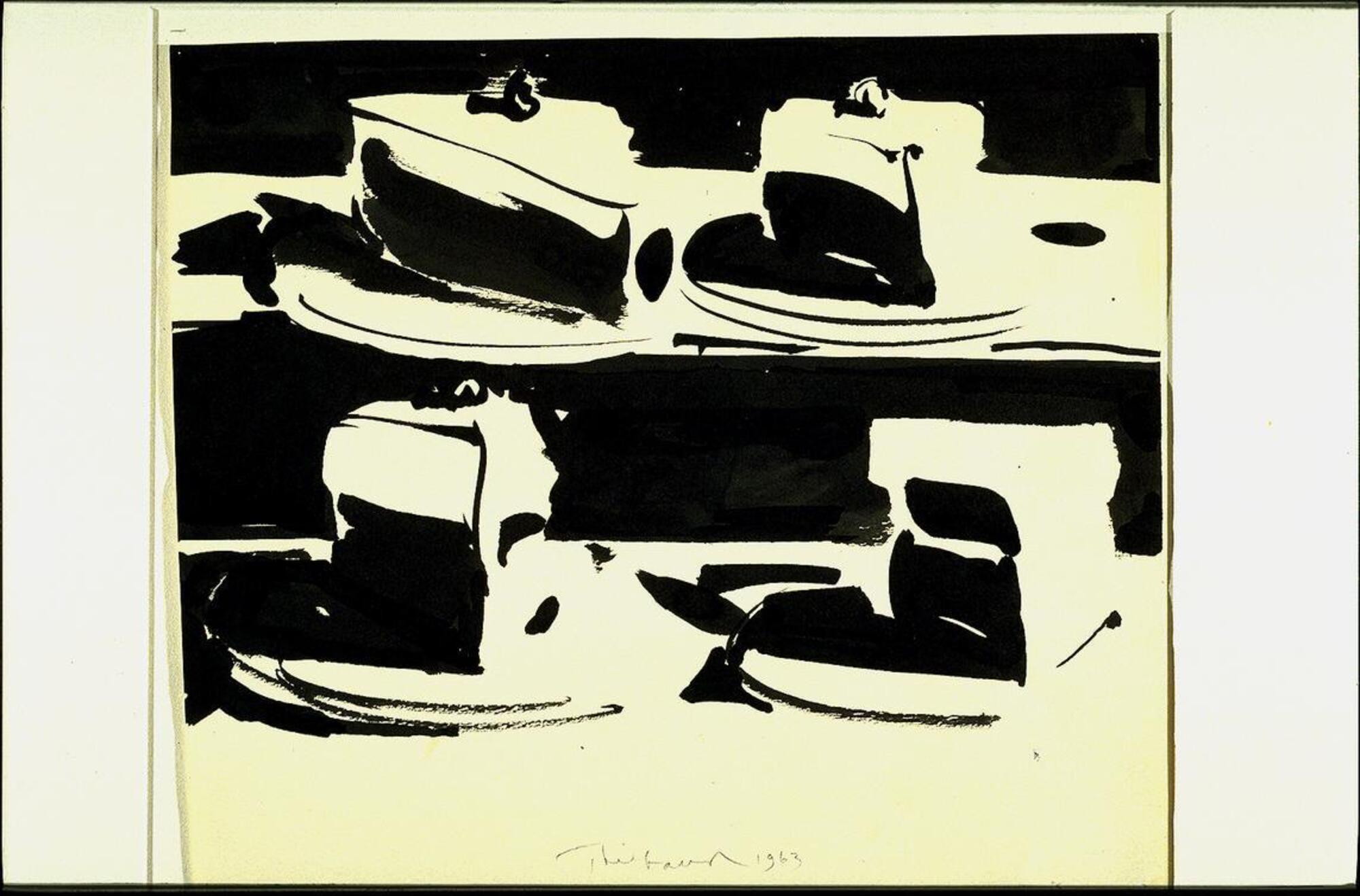 Label copy
Before working as a painter, Wayne Thiebaud worked as a sign painter, cartoonist, commercial artist, illustrator, designer, and publicity manager in both New York and California. He went to school relatively late, attending universities in San Jose and Sacramento from 1949 through 1953. He is best known for his everyday imagery—usually sweet and creamy cakes and pastries—whose sensuous attraction is reduced by conceptual and illusionistic structures. By utilizing over-emphatic colors and well-defined shadows, Thiebaud further removes his works from the realm of reality and plays with his viewer’s perception of what they are seeing. As he stated, there is "little difference between landscape, figure painting and still life in any important way. Many of the problems are the same—lighting and space."
Slices of Pie comes from Thiebaud’s standard repertory of images depicting various cakes and baked confections. By using a rather uniform wash, layered, Thiebaud is readily able to depict three-dimensional forms with an extraordinary economy. By emphasizing the dark half of the slices of pie and the resultant shadows, he creates space by manipulating the perceived lighting.