Inglewood, California, from "The Fault Zone" 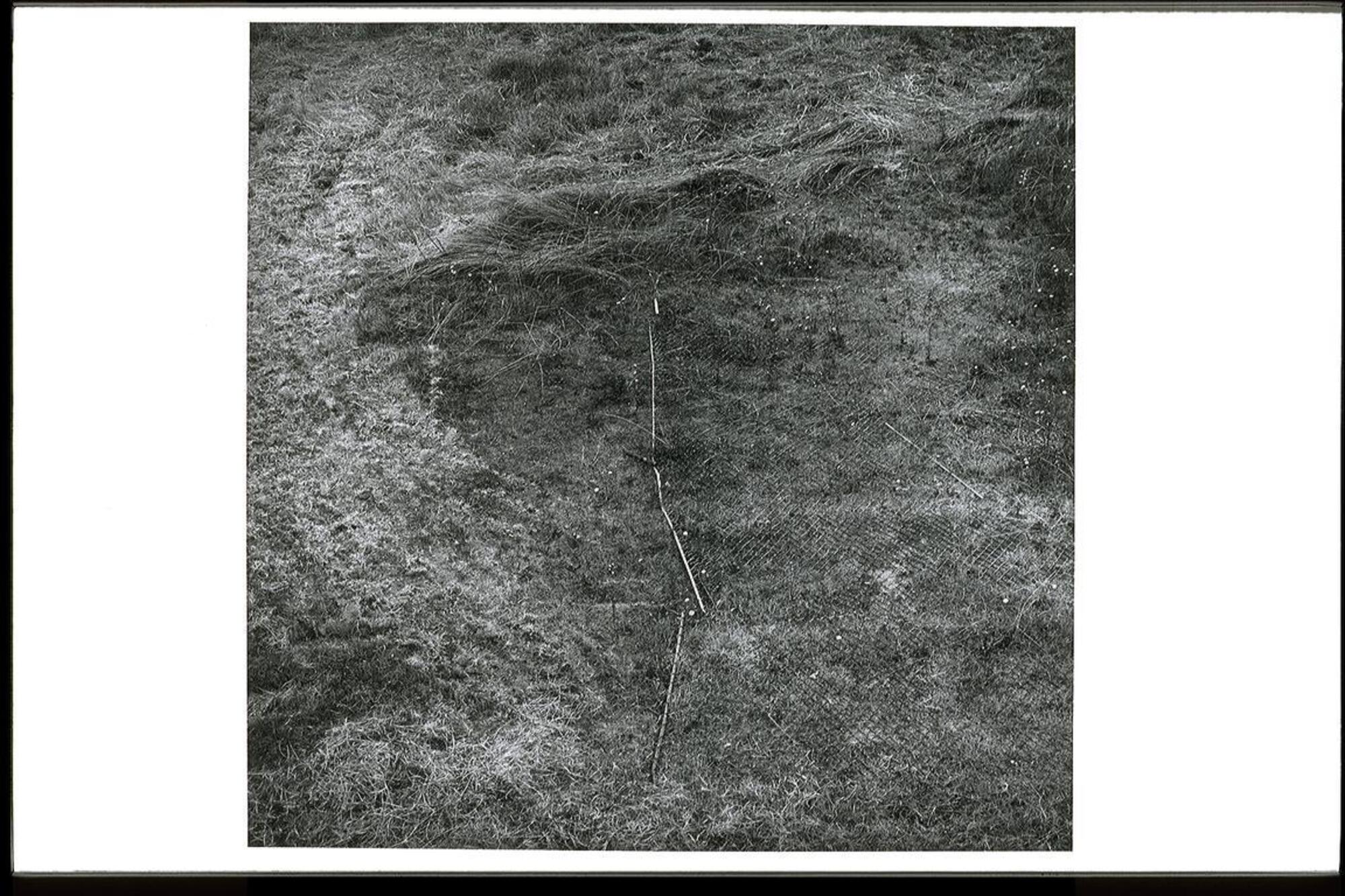 Physical Description
This is a black and white photograph depicting a close up view of a grass covered hillside. One portion of the hill has been covered with metal chain link fencing, laid flat on the ground, to prevent the topsoil from sliding down the slope.