Glendale, California, from "The Fault Zone" 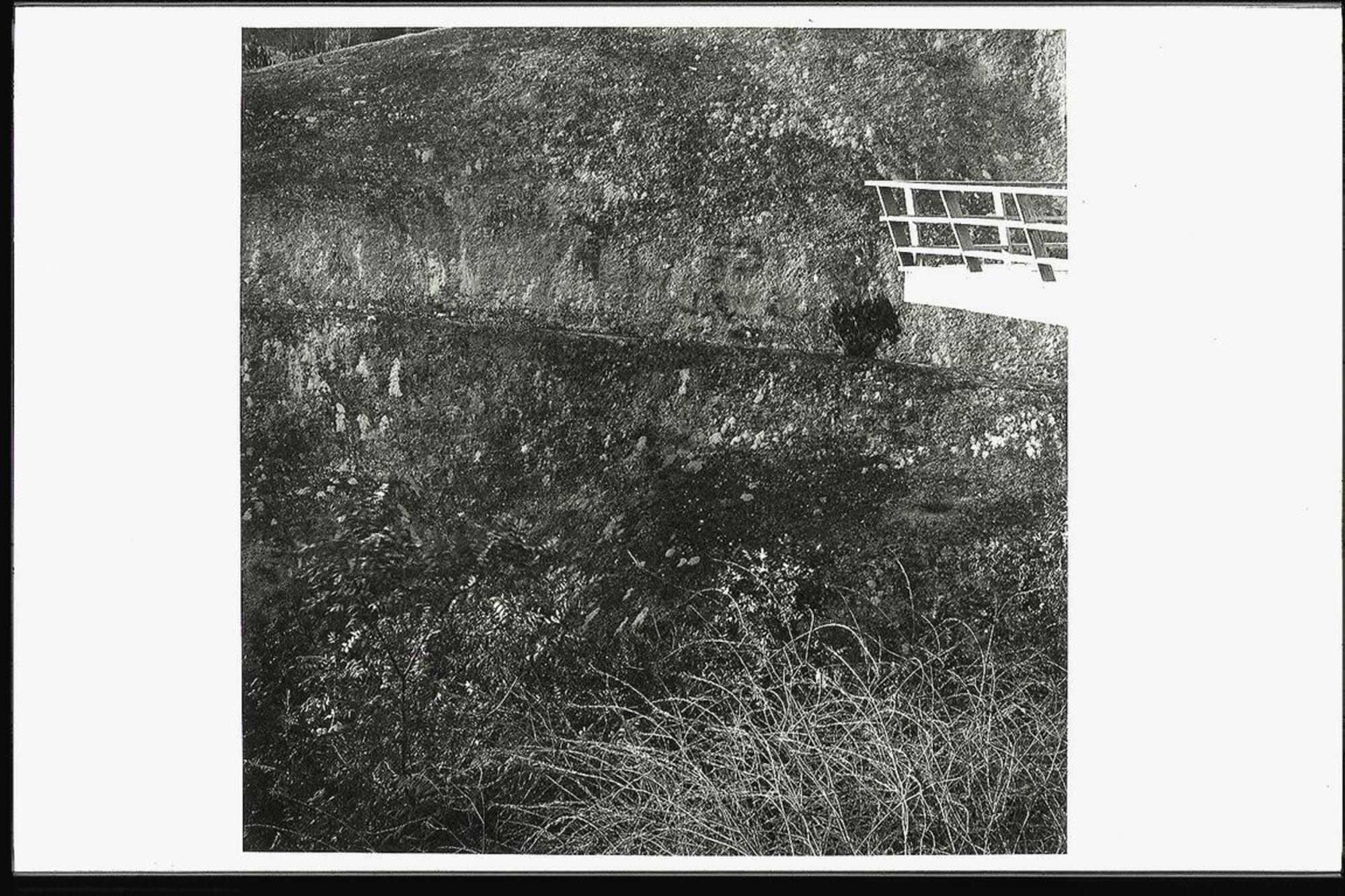 Physical Description
This is a black and white photograph of the face of a rock wall with a long striation running through it. In the foreground there is stringy vegetation and on the right edge there is a cropped view of a wooden balcony suspended in space.