Risk-taking as a function of the Situation 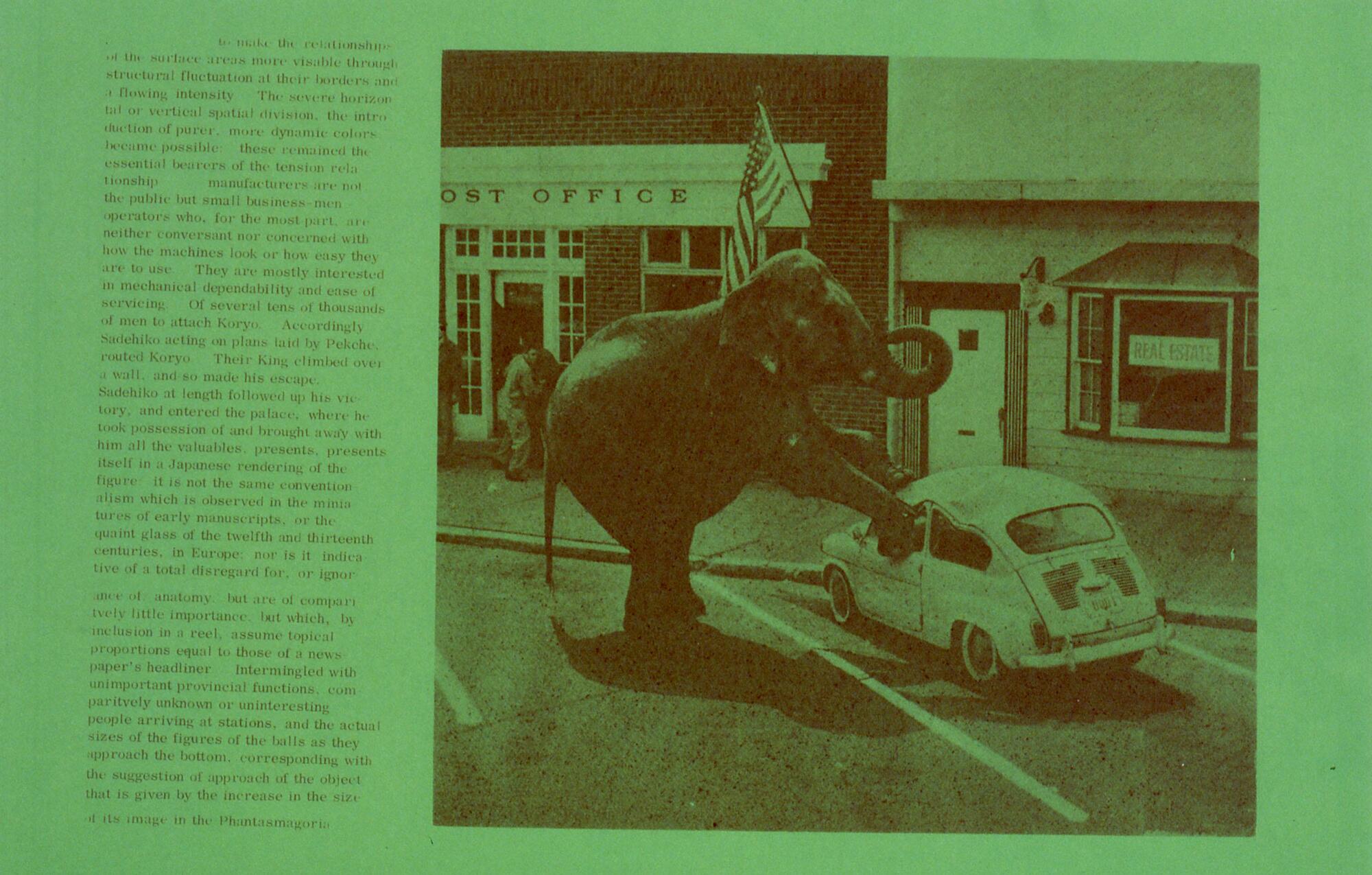 Title
Risk-taking as a function of the Situation

Physical Description
In this horizontally oriented print, we see a column of text on the left and an image of an elephant crushing a small car on the right.

Rights
If you are interested in using an image for a publication, please visit http://umma.umich.edu/request-image for more information and to fill out the online Image Rights and Reproductions Request Form. Keywords
Pop (fine arts styles)
artists' proofs
automobiles
portfolios (groups of works)