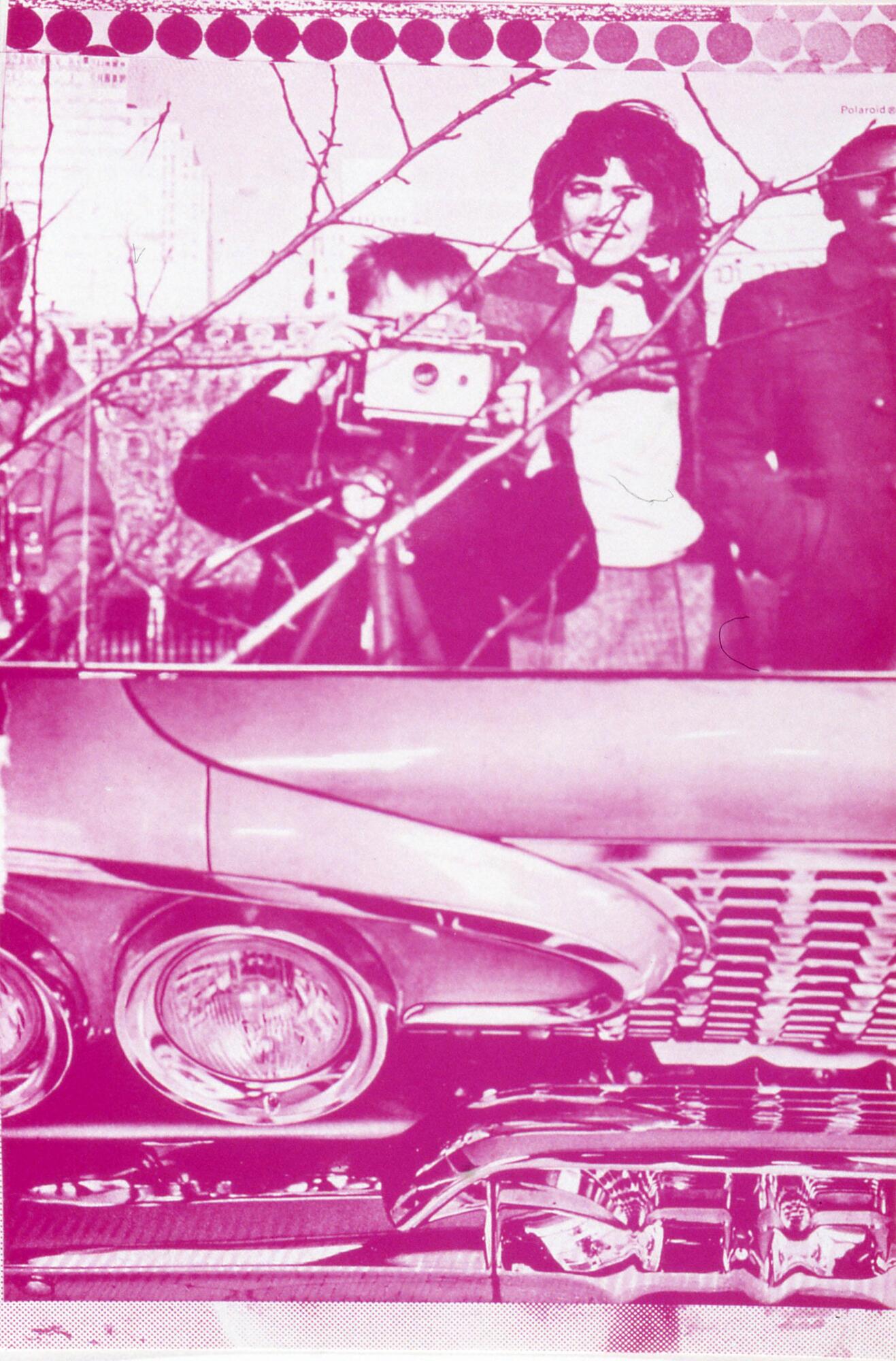 Physical Description
This vertically oriented print with an image on the top and bottom shows young people above, one with a camera pointed at the viewer, and the grill of a car below.

Rights
If you are interested in using an image for a publication, please visit http://umma.umich.edu/request-image for more information and to fill out the online Image Rights and Reproductions Request Form. Keywords
Pop (fine arts styles)
artists' proofs
automobiles
cameras (photographic equipment)
portfolios (groups of works)