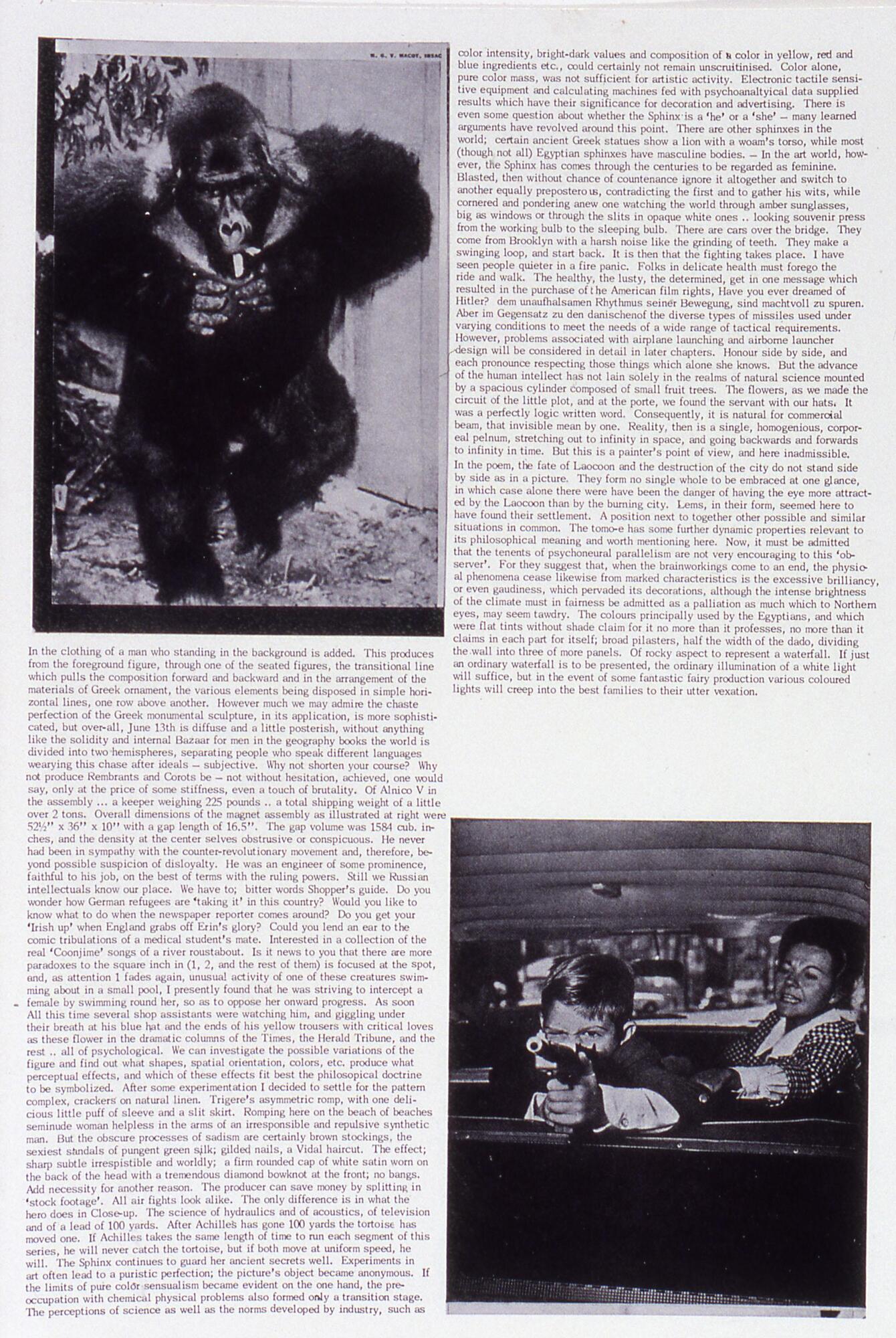 This print is one of a large series of 50 prints included in the 1970 portfolio, which was a second edition of the an earlier group of slightly-larger prints titled "Moonstrips Empire News." While the first series was stricktly produced as screenprints, this second series "General Dynamic F.U.N." includes works of photolithography, like this one. The themes seen in this portfolio are different in style and subject matter from other Pop works of the period, but engage with the images of a modern mass media, looking beyond just advertising and publicity images. Likewise, the title of the portfolio alludes to the General Dynamics Corporation, who was the manufacturer of the F-111 fighter used during the Vietnam War--the same one referenced in James Rosenquist monumental painting "F-111."

As part of this satirical look at contemproary American culture, it is likely that this work reflects the racially charged atmosphere that resulted in the Civil Rights Movement. The term "type" in the title suggests categorization and the text makes allusions to this theme. Here, the gorrilla stands in as a representation of a stereotyped Black man. The armed White boy, shoots out, even though his mother tries to curb his violence in vain.

Physical Description
This black and white photolithograph shows two images and a large block of typed text. In the top left, there is an image of a gorilla. In the bottom right, there is an image of a woman and a boy in a car. The boy is holding a gun and pointing it out the back window of the car, while the woman pulls at the boy's arm. The text starts under the image of the gorilla and continues again at the top right. The long passage of text begins: "In the clothing of a man who standing in the background is added. This produces from the foreground figure, thought one of the seated figures...".