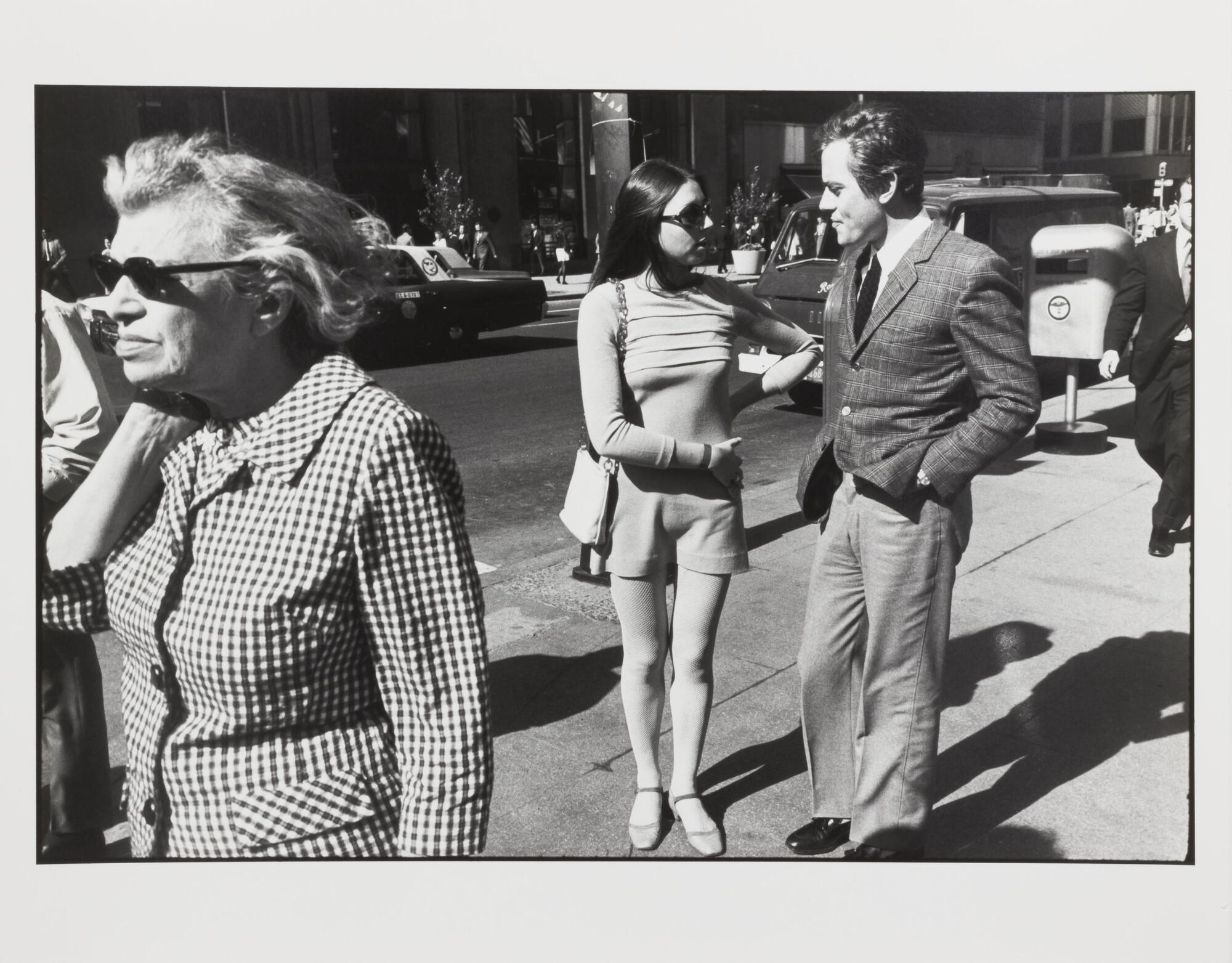 This photograph shows a young woman and man standing on the sidewalk talking. Winogrand carves out a space in the center of the composition; their immobility amidst the bustling sidewalk accentuated by the placement of figures in mid-stride on the two edges of the photograph—one entering the frame from the right and the other exiting the frame on the left.

Physical Description
Photograph of a young man and woman stopped in the middle of the sidewalk to talk.