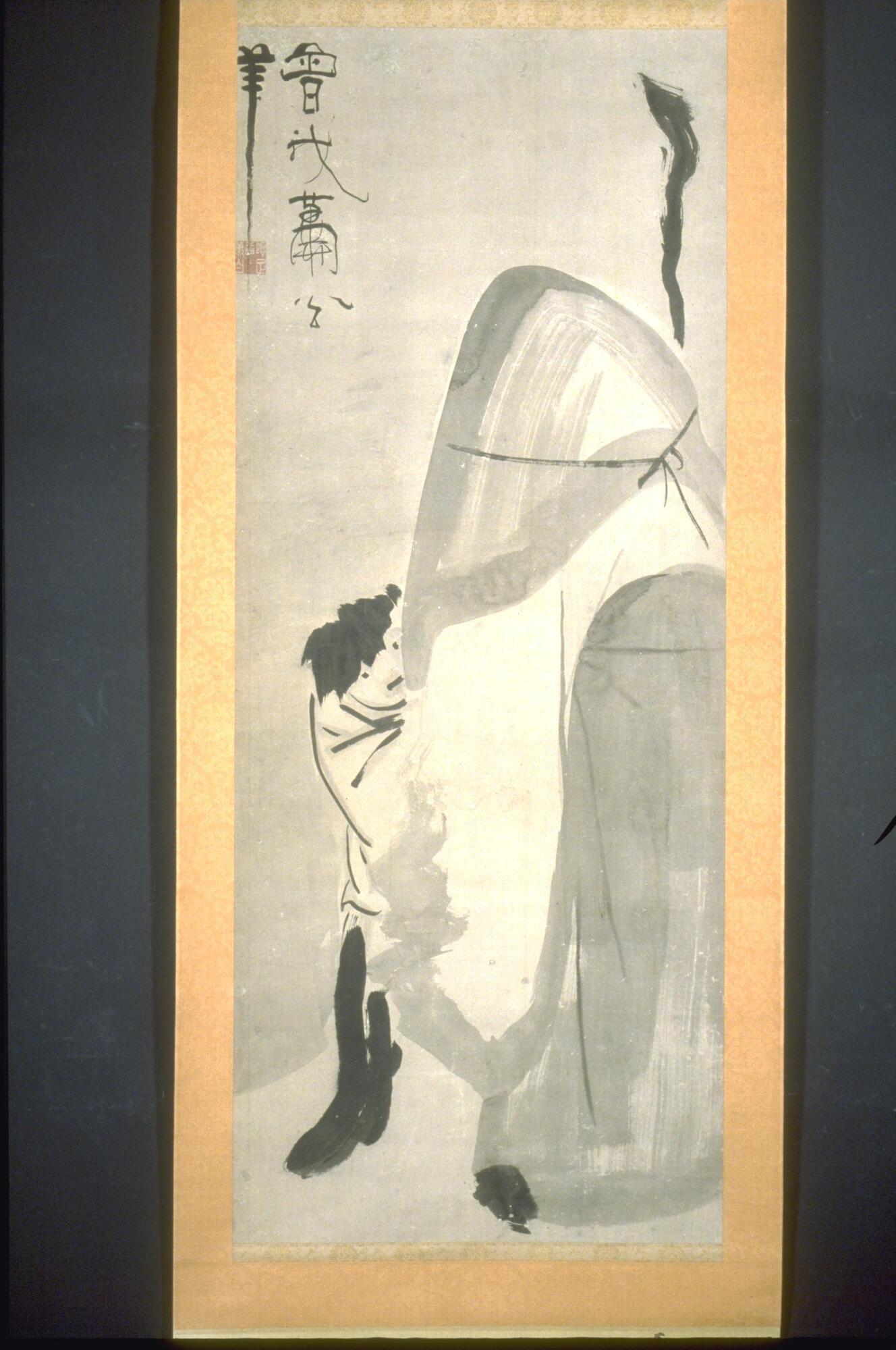 Subject matter
Soga Shōhaku was originally trained in the Kanō school, but is mostly known for his revival of Muromachi period (1333-1573) styles of ink painting that drew from Song (960-1279) and Ming dynasty (1368-1644) works that were imported from China at the time. The subject of a Komusō monk (members of the Fuke sect of Zen Buddhism, known for wearing basket-like headdresses obscuring their identity) demonstrates Shōkaku's ability to use few lines to depict an abstracted figural form.

Physical Description
This hanging scroll depicts two figures, one with with a head covering and billowing robes holding a staff, and a shorter figure looking out towards the viewer. An inscription is placed in the upper left corner of the image.