Crossing the Yangtze on a Sword 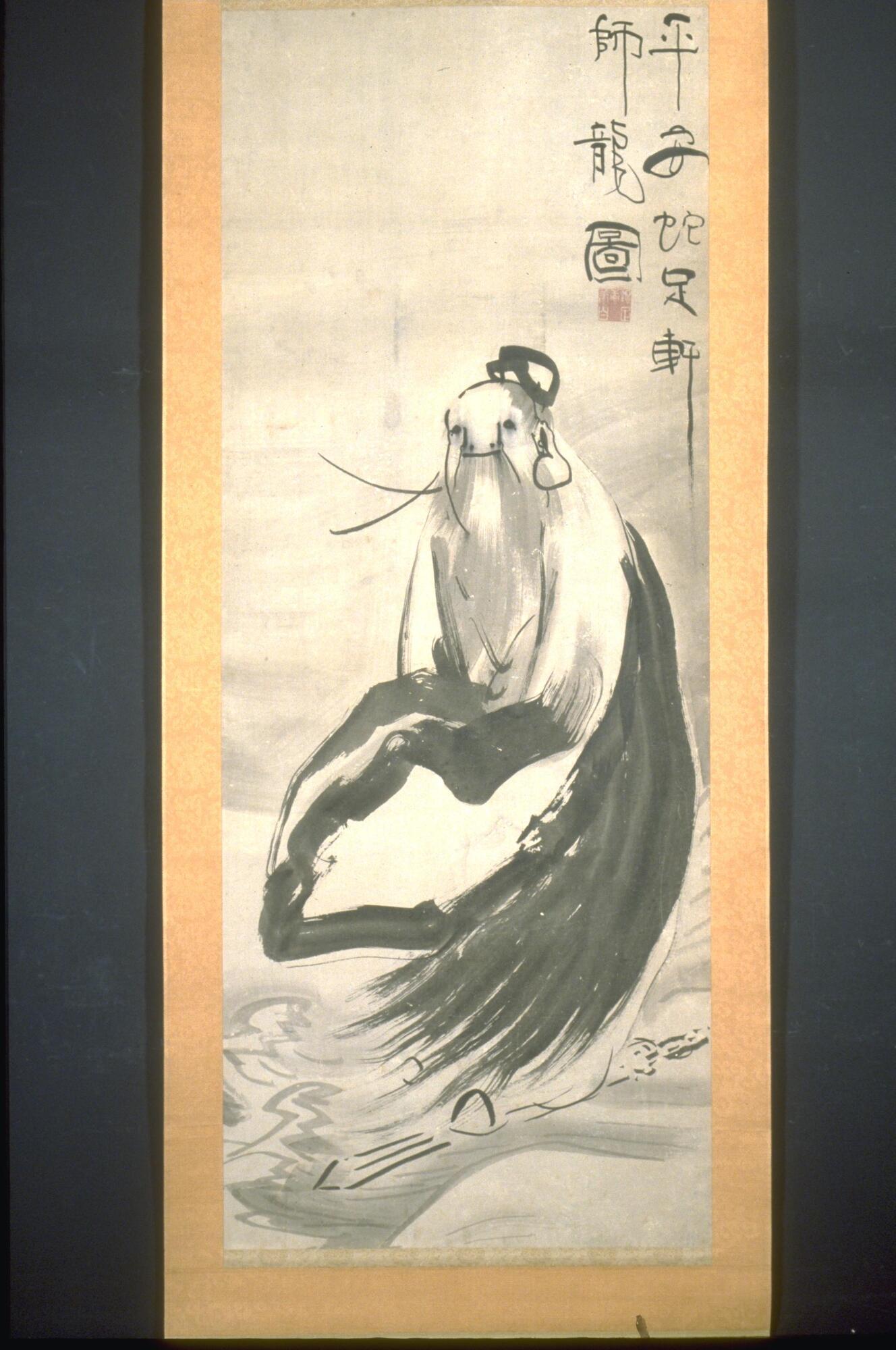 Title
Crossing the Yangtze on a Sword

Subject matter
Soga Shōhaku was originally trained in the Kanō school, but is mostly known for his revival of Muromachi period (1333-1573) styles of ink painting that drew from Song (960-1279) and Ming dynasty (1368-1644) works that were imported from China at the time. His frenetic brush strokes seen in this painting are characteristic of his work writ large, and demonstrate his interest in the visual dynamism of medieval Japanese painting. His subject references the tale of Bodhidarma (Japanese: Daruma) crossing the Yangtze on a reed. One of the more popular tales Zen Buddhist belief that was depicted, illustrations depict the moment when the first patriarch of Zen miraculously crossed the river on a reed while traveling to Shaolin Temple in Henan Province after being dissapointed by his meeting with the Chinese emperor.

Physical Description
This hanging scroll depicts a bearded figure in billowing robes standing on a sword on the waves of a river. The figure is depicted with a great economy of line, with his face being indicated with a minimal amount of brushstrokes and the sense of the fluttering of his robes being indicated through a series of bold brushtrokes using dark ink and a dry brush. An inscription is placed on the upper right corner.