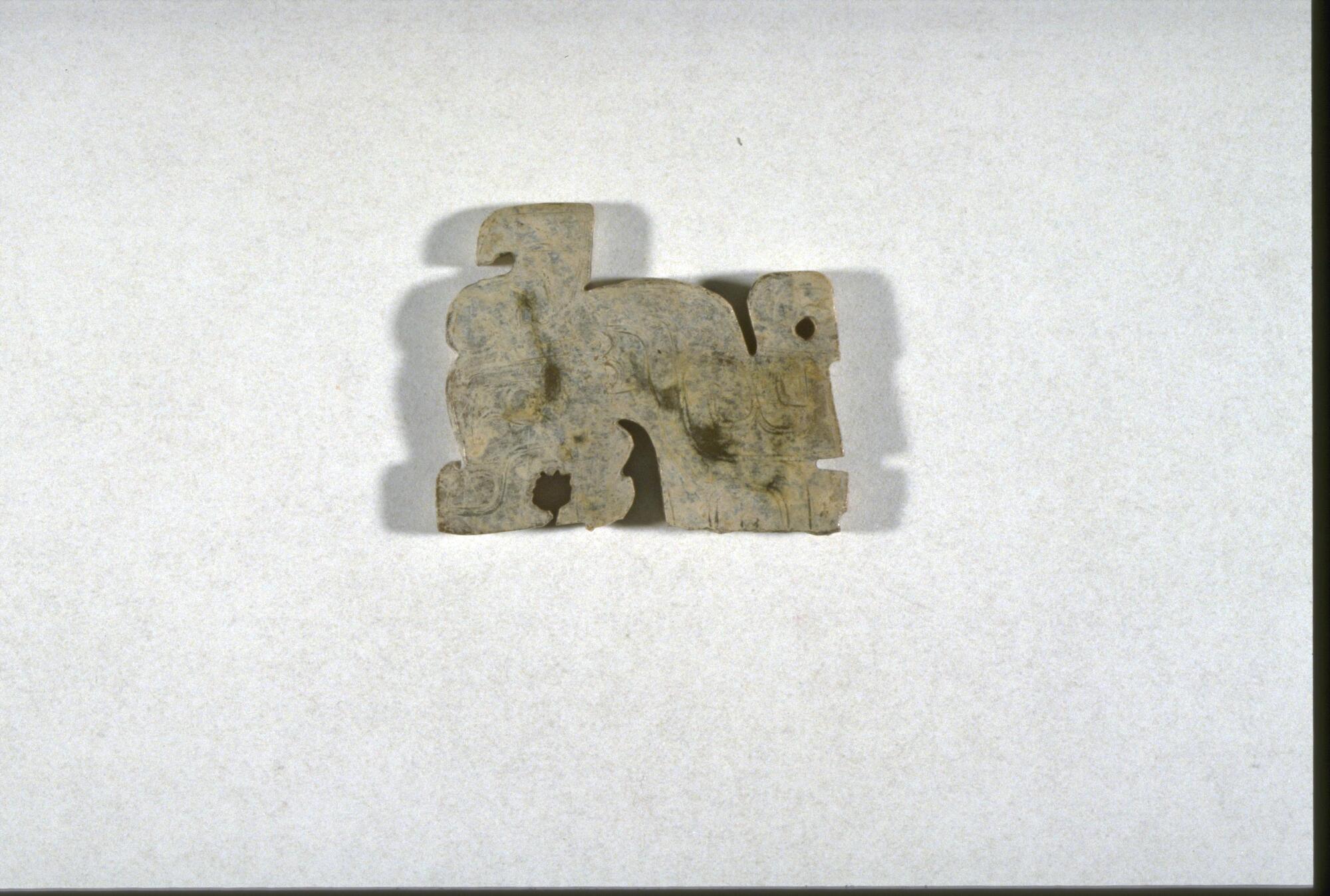 Credit Line
Museum purchase from the collection of Max Loehr

Label copy
The heads of horses, deer, mules, and other animals which represented the status or rank of the owner often decorated knives of the nomadic tribes. Such knives were often exchanged with Chinese traders at the border in the Bronze Age.
Maribeth Graybill, Senior Curator of Asian Art
Exhibited in "Flora and Fauna in Chinese Art," April 6, 2002 - December 1, 2002.
Jade pendants such as these were worn as ornaments by the ruling class of China’s Bronze Age as symbols of rank, wealth, and power. The pendants were sewn onto garments or headdresses through cleverly disguised small holes, as observed here in these two works. The designs of Shang and Zhou jades were inherited from the late stone-age cultures of China’s Neolithic period, and drew inspiration from forms of the animal kingdom, both real and imagined.. In the Shang and Zhou periods, the carving became flatter and the decorative repertoire expanded from birds, fish turtles and forms of a dragon to include larger animals such as rams, horses, tigers, or fantastic composites of different animals and perennially favored dragons.
Nephrite jade and other stones used by the ancient Chinese for carving were extremely hard and could not be carved or whittled away with metal tools but had to be worn down with an abrasive paste to achieve the desired shape and decoration. The ancient lapidary’s tools probably included rotating drills, polishers, and rubbers made of bamboo, wood, or slate loaded with abrasive paste. Jade ornaments were buried with their owners, along with ceremonial jade such as bi discs and cong tubes.
(Label for UMMA Chinese Gallery Opening Rotation, March 2009)

Subject matter
jade pendant of zoomorphic design and classic Late Shang style. The head is depicted as a feline with open mouth. Lower right portion broken off. Relief carving in double lines on surface. Used as pendant for high elite in Shang period, generally encountered as tomb furnishing in the Central Plains of northern China