Study of a Tiger 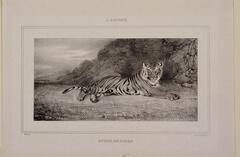 Collection Object
Jain Tirthankara and a monk with animal forest scene, no. 12 from a Digambara series

Collection Object
Durga blessing a Raja and his entourage 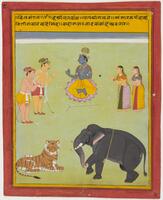 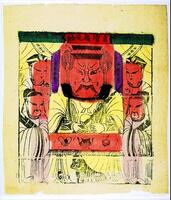 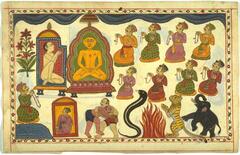 Collection Object
Jina venerated by a monk, men and women, a naga, and animals from a Digambara Jain manuscript

Jina venerated by a monk, men and women, a naga, and animals from a Digambara Jain manuscript 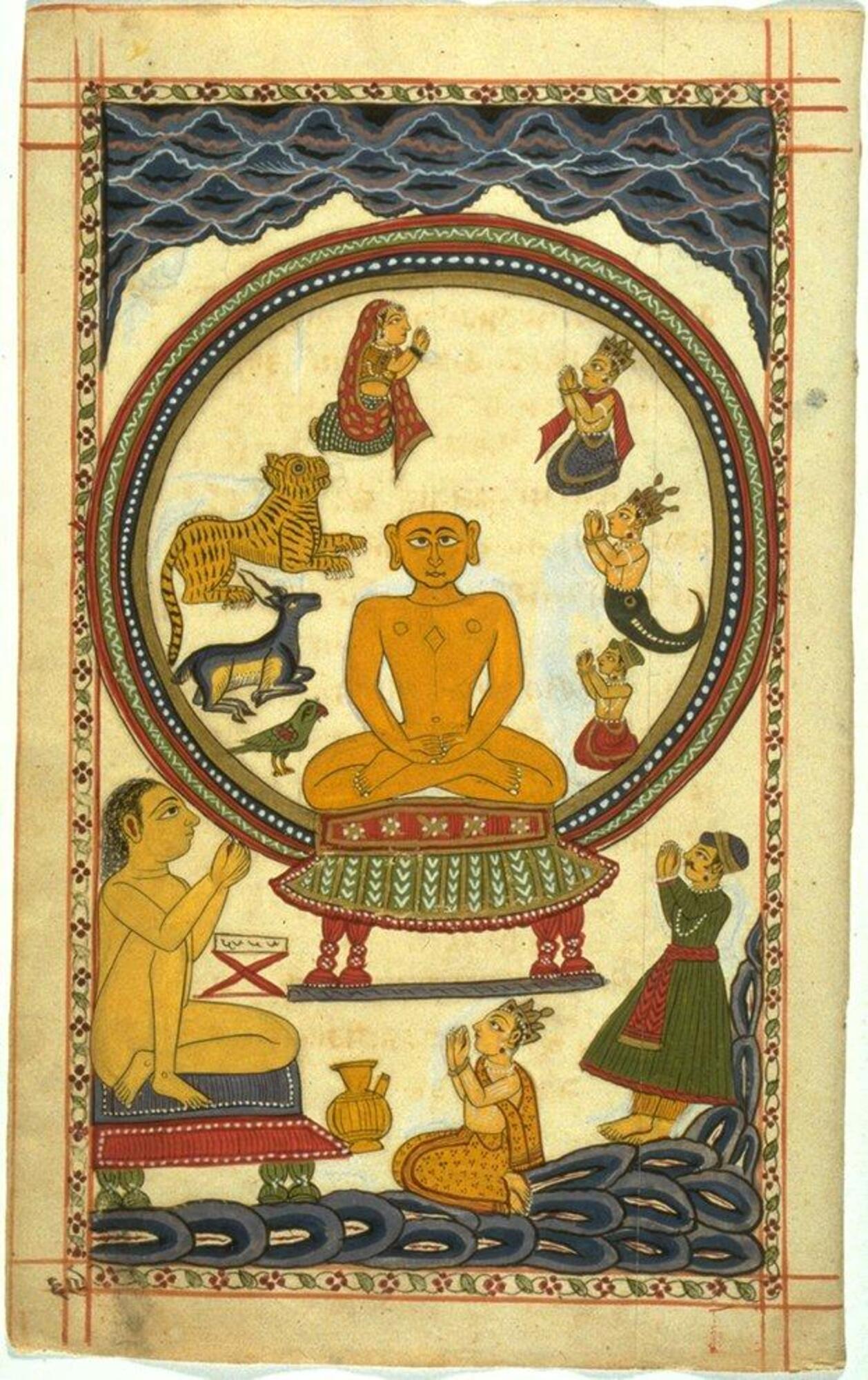 Title
Jina venerated by a monk, men and women, a naga, and animals from a Digambara Jain manuscript

Subject matter
This is an illustration in a Digambara Jain manuscript of verse 34 of the Bhaktamara Stotra.
This verse praises the glorious halo that surrounds the Jina on his Enlightenment. The presence of the halo is one of the eight pr?tih?rya or so-called miraculous manifestations that accompany the Jina after his Enlightenment. Here the verse describes how the Jina’s halo of light puts to shame all the heavenly bodies. Greater than a multitude of suns, it is also gentler than the moon at night. The poet means to say that the light of the Jina’s halo is comforting not burning, something that is said in Sanskrit poetry of the light of the moon. At the same time, the light of the Jina is as brilliant as the light of countless suns. And by this seeming paradox the poet tells us that the light of the Jina’s halo is not of this world. The halo with its concentric circles also suggests the miraculous preaching assembly, which in turn alerts us to the marvelous appearance of the halo. Like the preaching assembly it is filled with beings of different realms of rebirth: humans, animals, and gods. The small crowned figure at the bottom worshipping the Jina is probably the god Indra.

Physical Description
A Jina is encircled by a giant halo of ref, green, blue, gold, and white. Within the halo are different creatures, including a tiger, bird, naga, and devotees. The Jina sits nude on a throne with his legs crossed and hands together. Above him are clouds in the sky, and below a monk and devotees.