Apollo and Daphne, No. 2 from a series of 6 mythological subjects 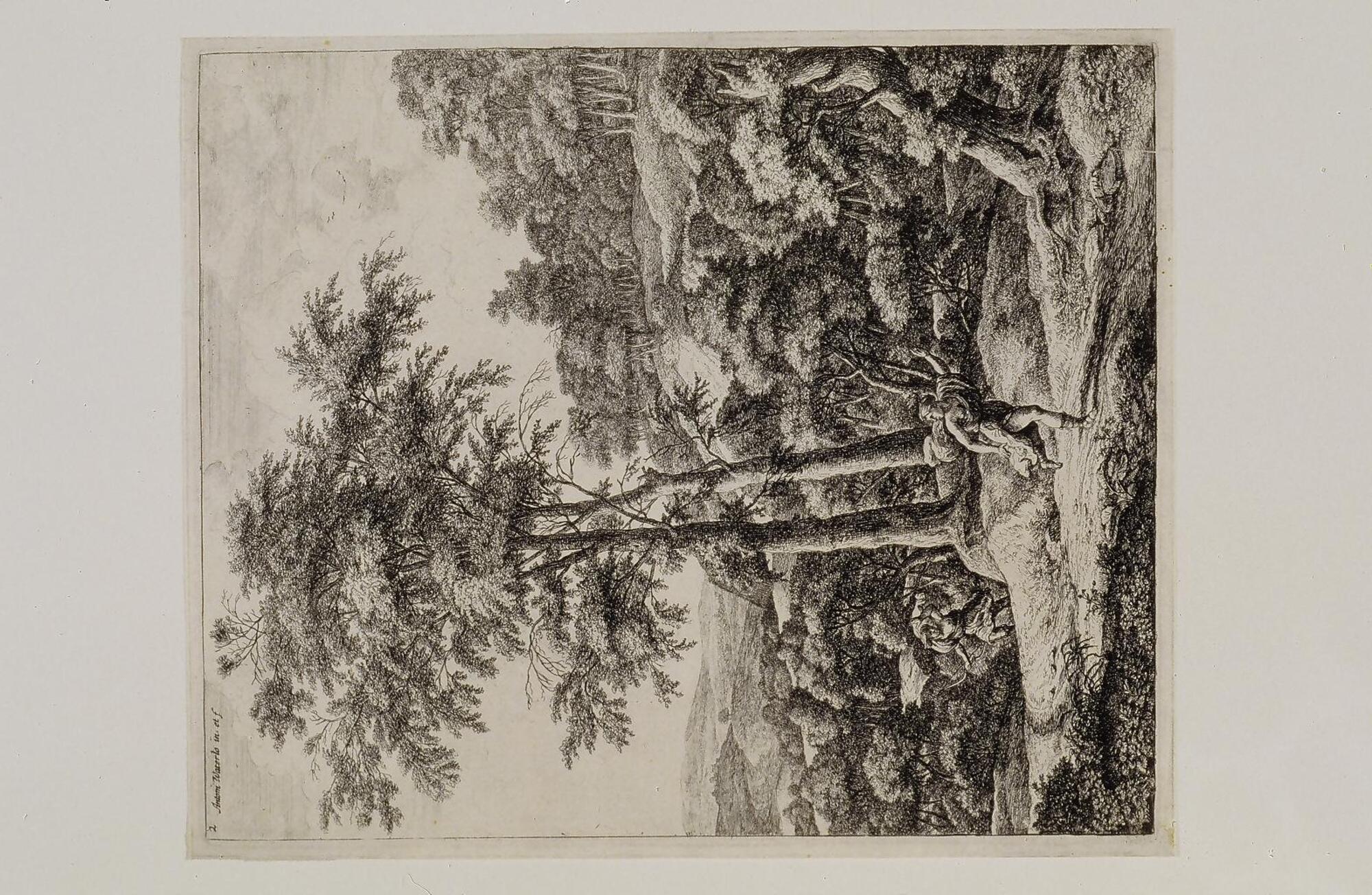 Title
Apollo and Daphne, No. 2 from a series of 6 mythological subjects

Label copy
Gallery Rotations Winter 2014
Anthonie Waterloo
Netherlands, circa 1610–1690
Apollo and Daphne, number two from a series of six mythological subjects
circa 1610–90
Etching
Museum purchase, 1964/1.143
Waterloo was a prolific landscape printmaker active in Amsterdam and Utrecht. Although he completed a number of religious prints and some scenes from daily life, his works were mostly inspired by mythological stories. This etching is based on the Metamorphoses of the Roman poet Ovid (43BC–17/18AD), a collection of Greek myths chronicling various forms of change. The scene in the foreground is based on a story in which the sun god Apollo pursues the nymph Daphne. Desperate to elude him, she calls on her father to save her and she is transformed into a tree. This etching presents the moment before this metamorphosis, when Apollo is still giving chase. The composition is dominated by the setting of the narrative while the figures are quite small. In Martin’s drawing (adjacent), by contrast, the narrative takes center stage. Waterloo was perhaps more interested in meticulously capturing the variety of nature and the subtle effects of light.