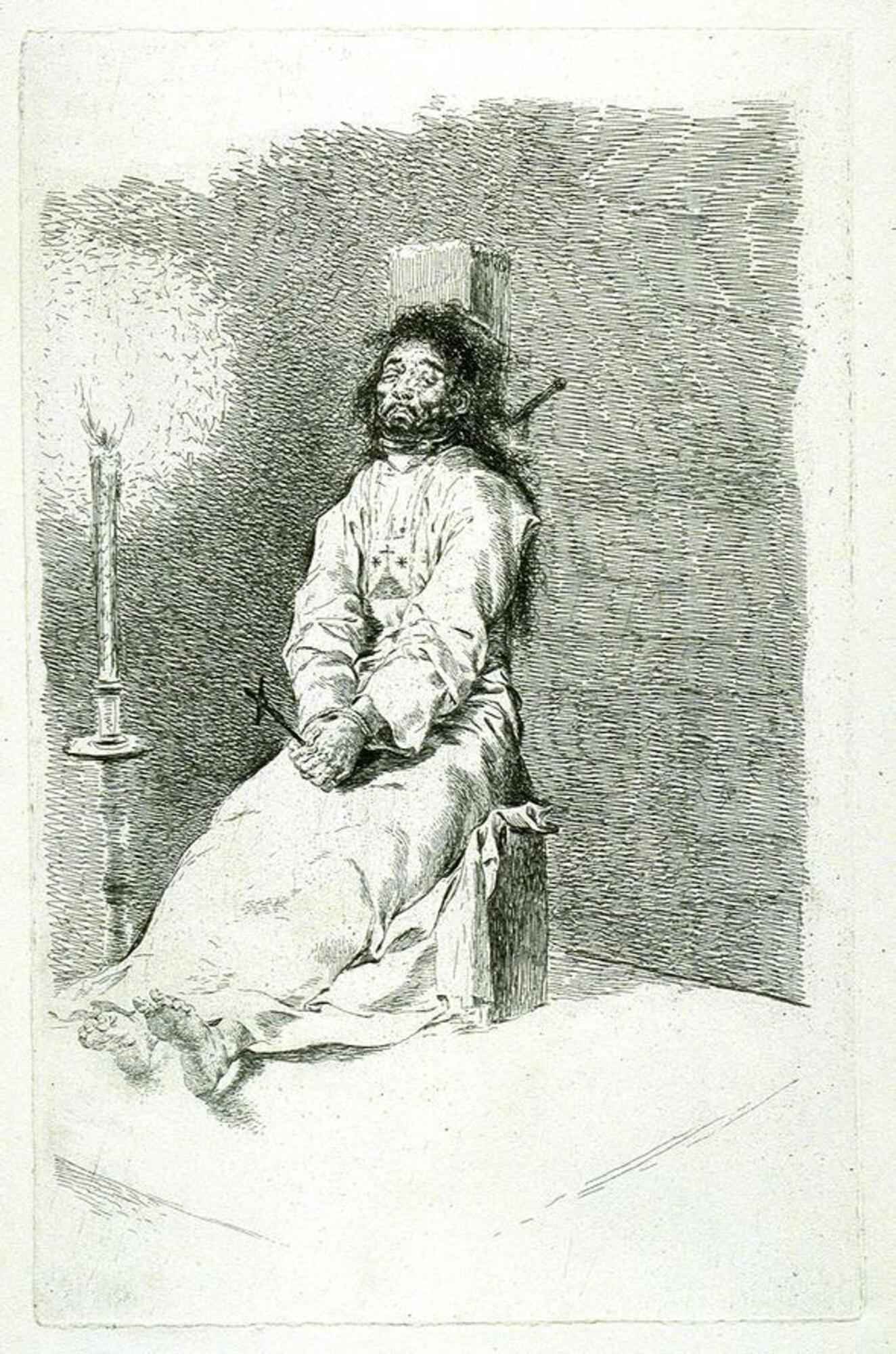 Subject matter
One of Goya's first prints, and one not included in any of his published series such as the "Caprichos" or "Proverbios", this harsh scene depicts a man executed by strangulation, a form of capital punishment in Spain.
A drawing in the British Museum seems to have been used as a template for the print, as there are clear tracing marks, and seems to have been the only instance of Goya tracing a drawing for use in making a print (see Tomás Harris, "Goya, Engravings and Lithographs", San Francisco: Alan Wofsy Fine Arts, 1983, p. 41.)

Physical Description
A man in a white robe is seated with his back against a wooden post. In his hands he holds a crucifix; the scene is illuminated by a large candlestick at the left of the image.