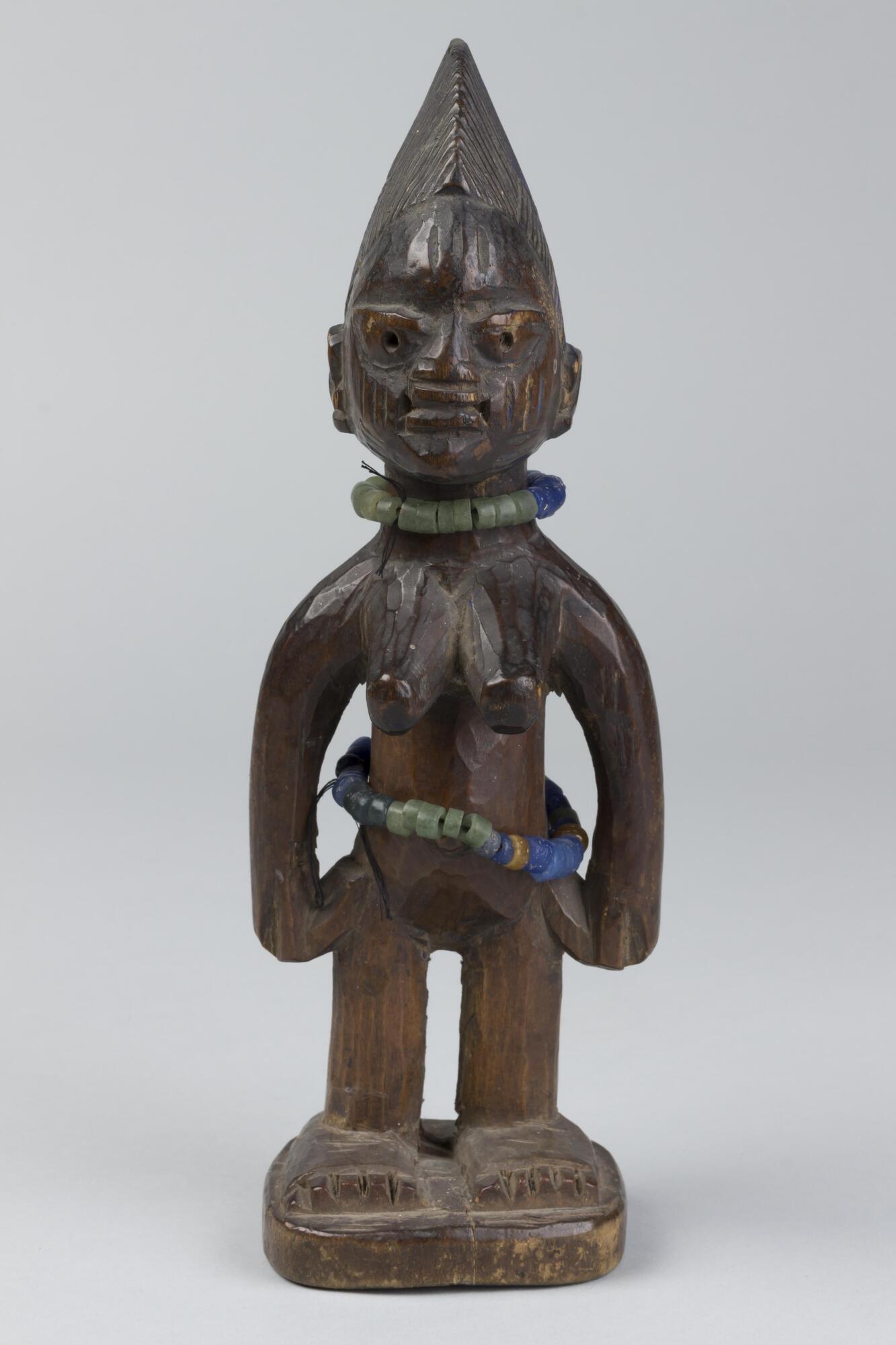 Label copy
The word "altar" or "shrine" in the Yoruba language means both "face of the gods" and threshold to the gods." An altar is a locus of worship, a point of connection, and the place of the "in-between" where life and death converge and this world meets the one beyond. For genetic reasons, Yoruba have the highest twinning rate of any human population. They honor deceased twins with altars like the one reconstructed here. An altar is a living art form that must be fed and cared for by devotees who leave offerings of food and sacrificial gifts in adoration of the departed. Twins who die in infancy have Ibeji figures such as these carved in their honor. Bearing and nourishing newborn twins is physically difficult and dangerous to the health of both mother and nuslings, and many do perish. The hope is that by honoring a twin that dies, its other will survive and flourish.
5/21/99
Twins are particularly common in Yoruba culture and are considered divine, bringing good fortune to those who honor them and bad fortune to those who neglect them. Consequently, parents of a deceased twin may commission a carved sculpture to appease the spirit. The figures receive attention similar to that given to living children, and may be bathed, rubbed with oil, fed, clothed, and/or adorned with beads.

Physical Description
Standing female figure with prominent breasts on a square base. The hands are placed at the sides and there are strings of beads around the waist and neck. On the cheeks and forehead there are incised marks and the hair has a rounded, comb-like shape with horizontal grooves.