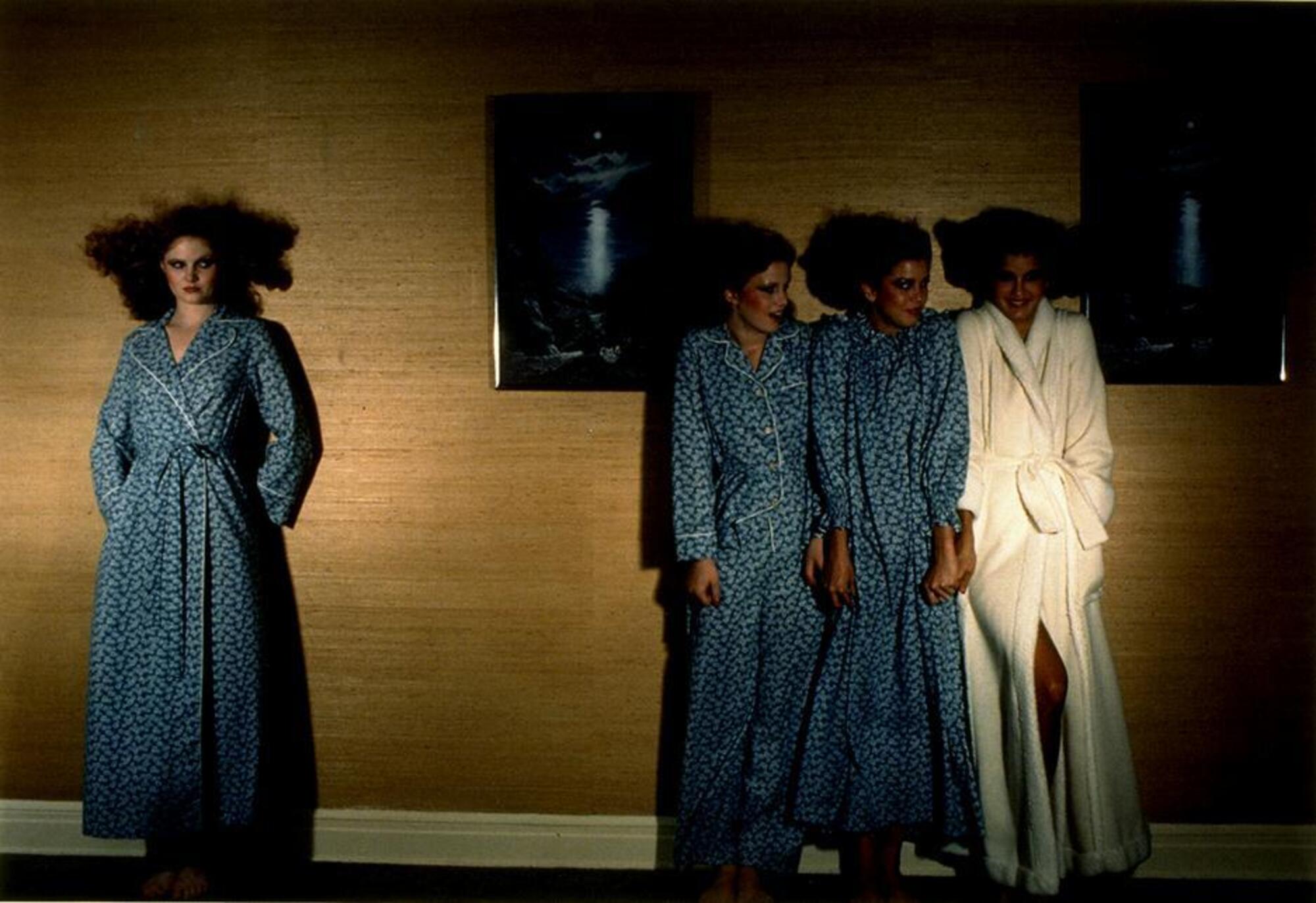 Physical Description
This work is a color photograph of four models standing against a wood-paneled wall. Two identical decorative prints of a night scene hang behind them. On the right, three models are framed by these wall hangings, while another model to the left stands alone and skeptically eyes the happy trio.