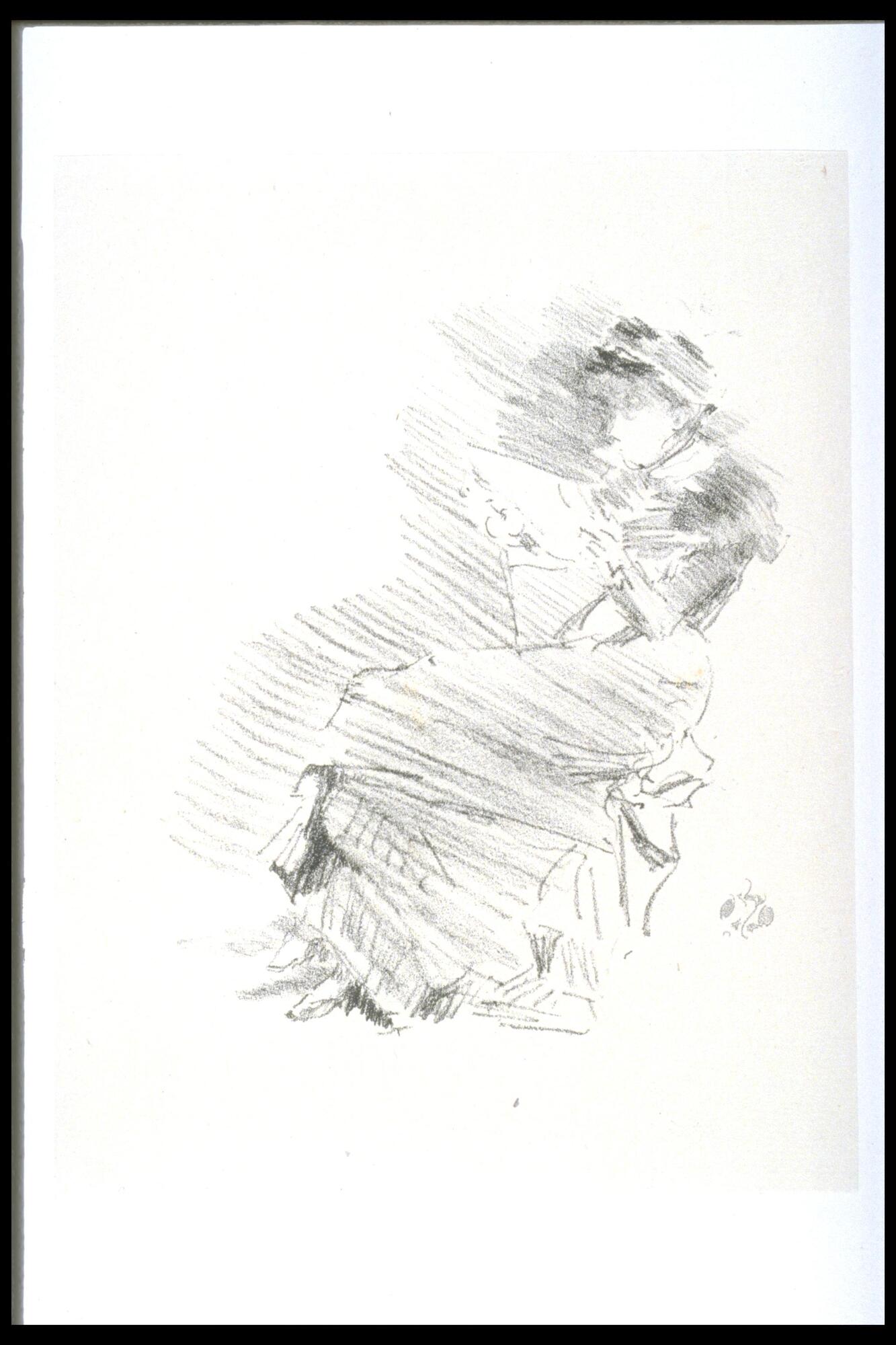 Label copy
Reading
1879
Lithograph with scraping on china paper
Fourth state of four (Way 13; Chicago 17)
Bequest of Margaret Watson Parker, 1954/1.422
Maud, Seated
1873
Drypoint
Second state of three (Kennedy 115)
Gift of Alan and Marianne Schwartz, 1993/2.33
Maud Franklin, the subject of both of these prints, was a young model and artist who may have been a stand-in for Whistler’s portraits of Frances Leyland in the early 1870s; she eventually became his mistress and bore him two daughters. Whistler made numerous portraits of her in all media—here lithograph and drypoint—often depicting her as a lady of leisure, although because of her relationship with him she was never accepted in society.
In Reading, Whistler unites figure and background using the same parallel diagonal hatching lines seen in The Guitar Player to create the shallow space in which Maud sits. He made several alternate views of this subject before zeroing in on this one. Though a lithograph, Reading seems so like a drawing that in 1889 The Magazine of Art mistakenly described it as “india ink and crayon.” In it, Whistler creates tones by using the lithographic crayon as he would charcoal or conté crayon to create shading and lines of varying density, and the print exhibits the immediacy of a rapidly executed sketch. Indeed, the lines that unite the figure of Maud with her background in Reading are closely related to an actual crayon drawing of a woman seated at a piano in which both figure and background are formed through sweeping diagonal lines.
The small drypoint Maud, Seated has the intimacy of Whistler’s chalk drawings of female models from the period. The work, which evokes a very private feeling, was never printed in an edition and very few impressions were taken from the plate.

Subject matter
Whistler's model Maud Franklin is seen here reading. This lithograph was included in the portfolio "Notes", printed 1887 although the work was drawn in 1879.

Physical Description
A seated woman in a long dress and hat sits in profie reading. Her body is positioned looking towards the left. Behind the figure is broad diagonal hatching lines that create a sense of space while leaving the specific setting undescribed. At the lower right is a "butterfly" signature of the artist.