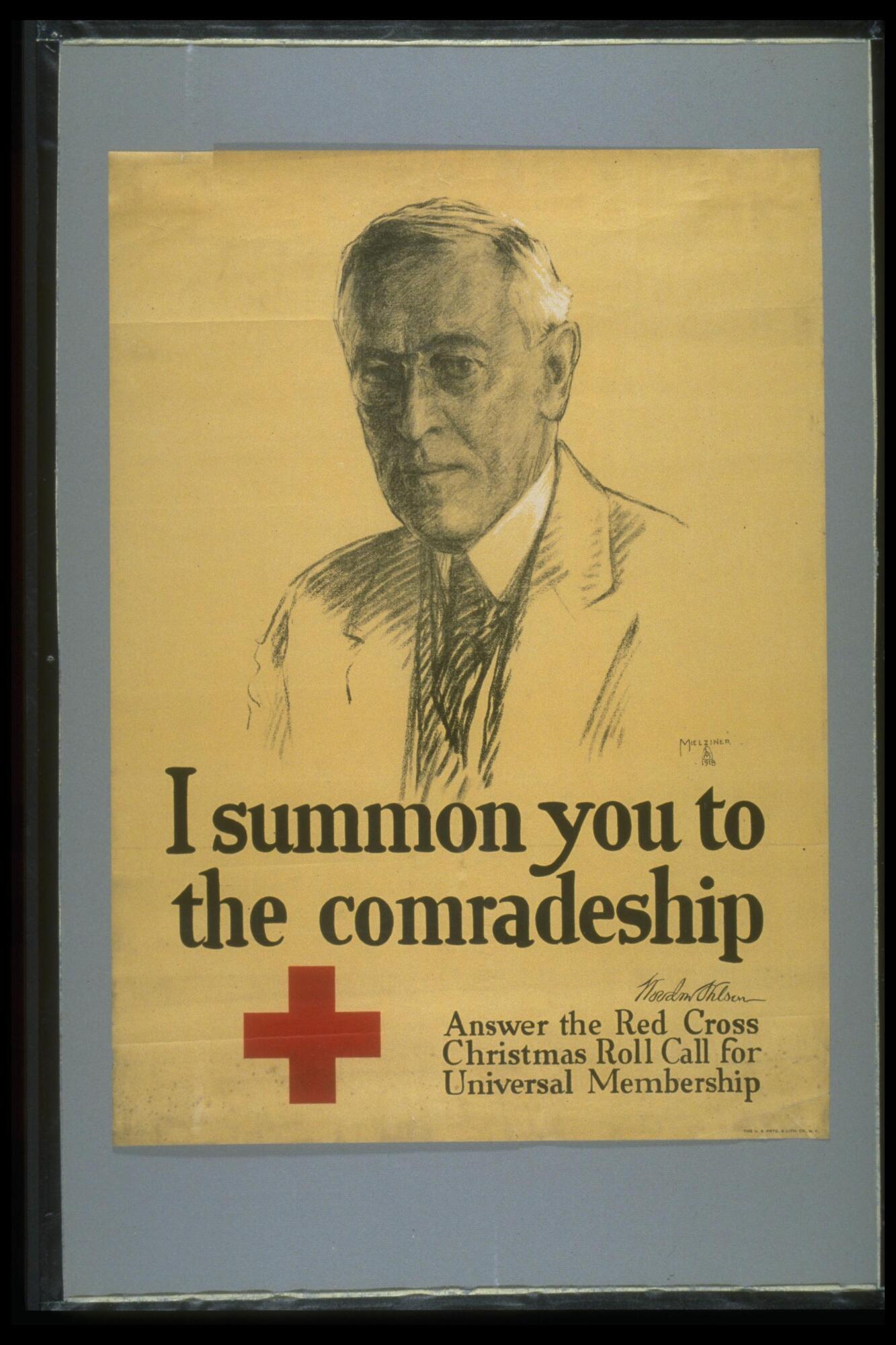 Label copy
In 1918 the Red Cross launched an extensive campaign to add to its membership at Christmas time, issuing many posters with varied appeals. Some played directly upon personal emotions. Among them were A.E. Foringer's "The Greatest Mother in the World," whose nurse-mother image evoked a strong emotional response especially in those who had loved ones directly involved in the war. In another poster, Ray Greenleaf depicted a snowy scene. It suggests the general mood of Christmas which connotes the spirit of giving. Other posters, like E.H. Blashfield's "Where Columbia Sets Her Name" (no.1) appealed to patriotism. The image of Columbia is the nation personified, and it calls for patriotic unity.
Leo Mielziner's poster is in the same patriotic vein, but the approach is direct instead of poetic. As a portrait painter, Mielziner successfully produced an image of Woodrow Wilson that is dignified and readily identifiable. Wilson's summons on the poster was particularly forceful at the time because he had proven himself to be a leader. The country was ill-prepared for war, but once in the war Wilson displayed outstanding leadership qualities as President. Through his speeches he created a national consciousness and a common effort. On Mielziner's poster, Wilson, as leader of the nation, appeals to his countrymen to unite again in another common cause, to support the Red Cross.