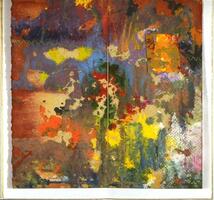 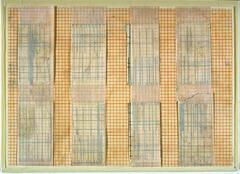 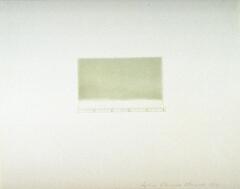 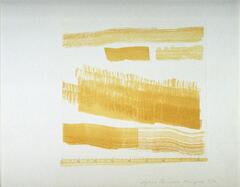 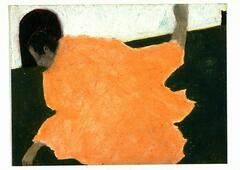 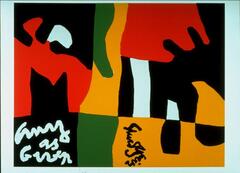 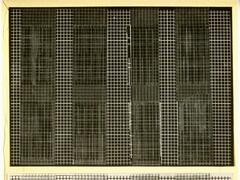 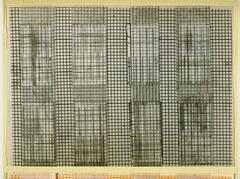 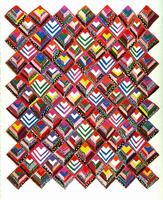 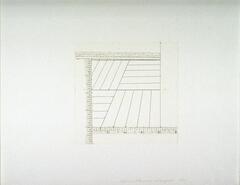 Subject matter
This work is one of ten prints published within a portfolio, “Ten Works + Ten Painters”, commissioned by Samuel J. Wagstaff from the Wadsworth Atheneum Museum in 1964. This portfolio was one of the earliest to have several artists published together to make major American artists accessible to a wider audience and range of collectors. Each print in this portfolio was based on a painting the artists had previously created. Some of the artists represented, in addition to Stuart Davis,are Robert Motherwell, Frank Stella, Andy Warhol, Ellsworth Kelly and Roy Lichtenstein who were associated with the Pop and Minimalism art movements in the 1960s.

Physical Description
This horizontally oriented rectangular print contains black, red, green, yellow and white irregular, jigsaw puzzle like shapes within it. Three words, in white, appear in the lower left corner and the artists name appears in black in the center of the lower edge, written vertically.