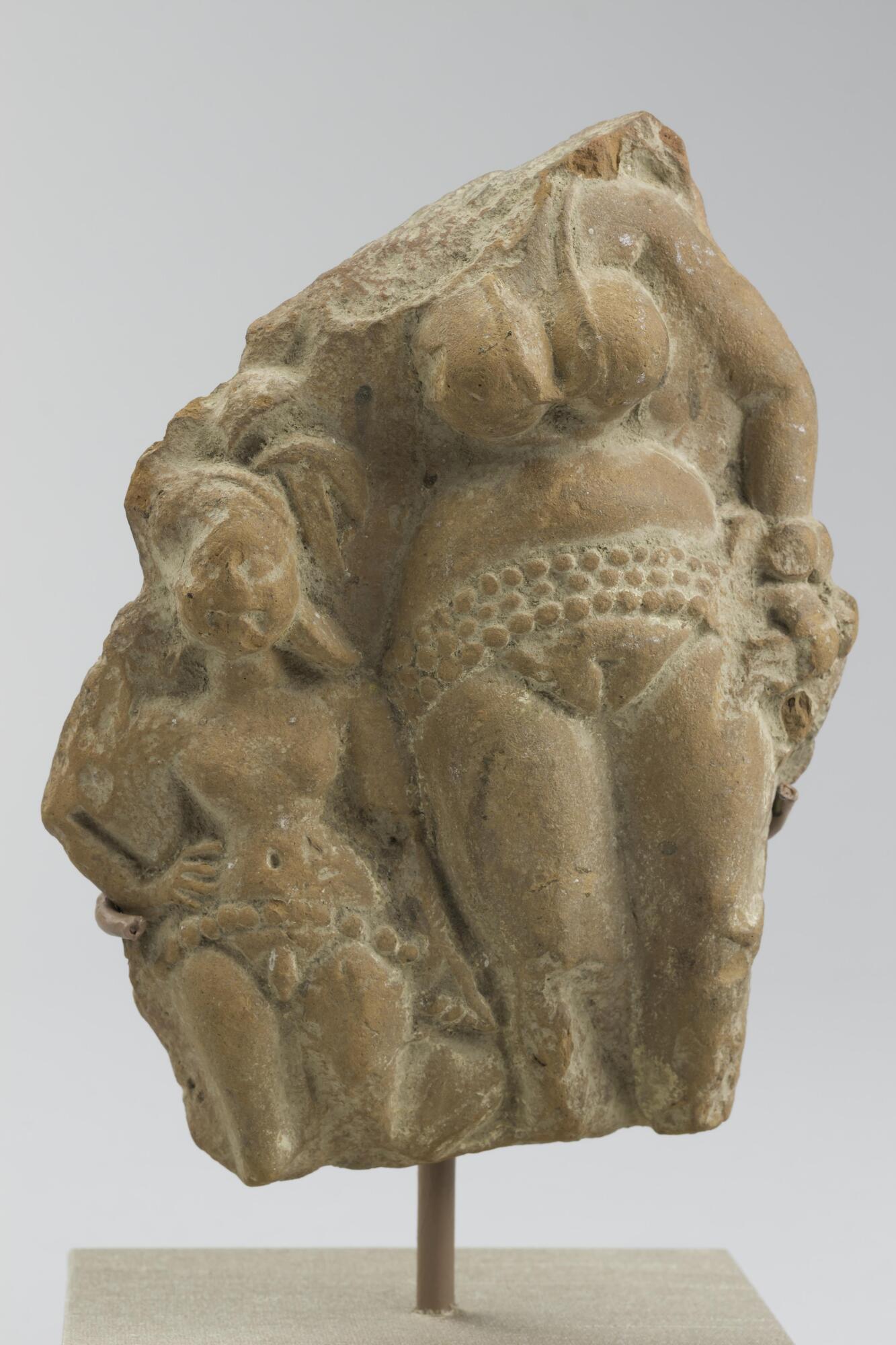 Label copy
March 28, 2009
Yakshis are nature goddesses associated with trees and fertility. In South Asia, only the mother goddess has a longer history of worship. In this charming example, a yakshi is attended by a small male figure (note his turban) at her right. Although at first glance both the yakshi and her attendant may appear to be naked, close inspection reveals that both figures wear a dhoti, a long skirt of diaphanous material from the waist down, with a belt of linked beads. Variants of this costume, which probably reflects the clothing worn by the upper classes of the time, appear in Indian sculpture until early modern times.
(Label for UMMA South and Southeast Asia Gallery Opening Rotation, March 2009)

Subject matter
Yakshi images, like mother goddesses, have a long history in Indian art. Yakshi are nature goddesses, associated with trees and fertility. In this charming terracotta, a yakshi is attended by the figure of a small male figure. Although the figures may appear to be naked, each actually is wearing a diaphanous garment from the waist down. The swelling volumes of the figures mimic the voluptuous forms found in the stone sculpture of the period. This small image was probably pressed into a mold, rather than modeled by hand.
Early terracotta sculptures such as those on view in the exhibition were once dismissed as “folk art,” but today they are given serious scholarly attention and eagerly collected on the international art market.

Physical Description
This broken fragment depicts a now headless goddess or yakshi standing with a much smaller male attendant. She wears a necklace, bracelets and a girdle consisting of three rows of small round shapes. She stands with her left hand at her waist and the right hand next to the head of her attendant. He wears a turban and large earrings and a belt of a single line of round shapes. They both wear diaphanous lower garments that make them appear nude with both of them with their genitals exposed. The fragment is broken above the male figure’s knees and below the yakshi’s knees.