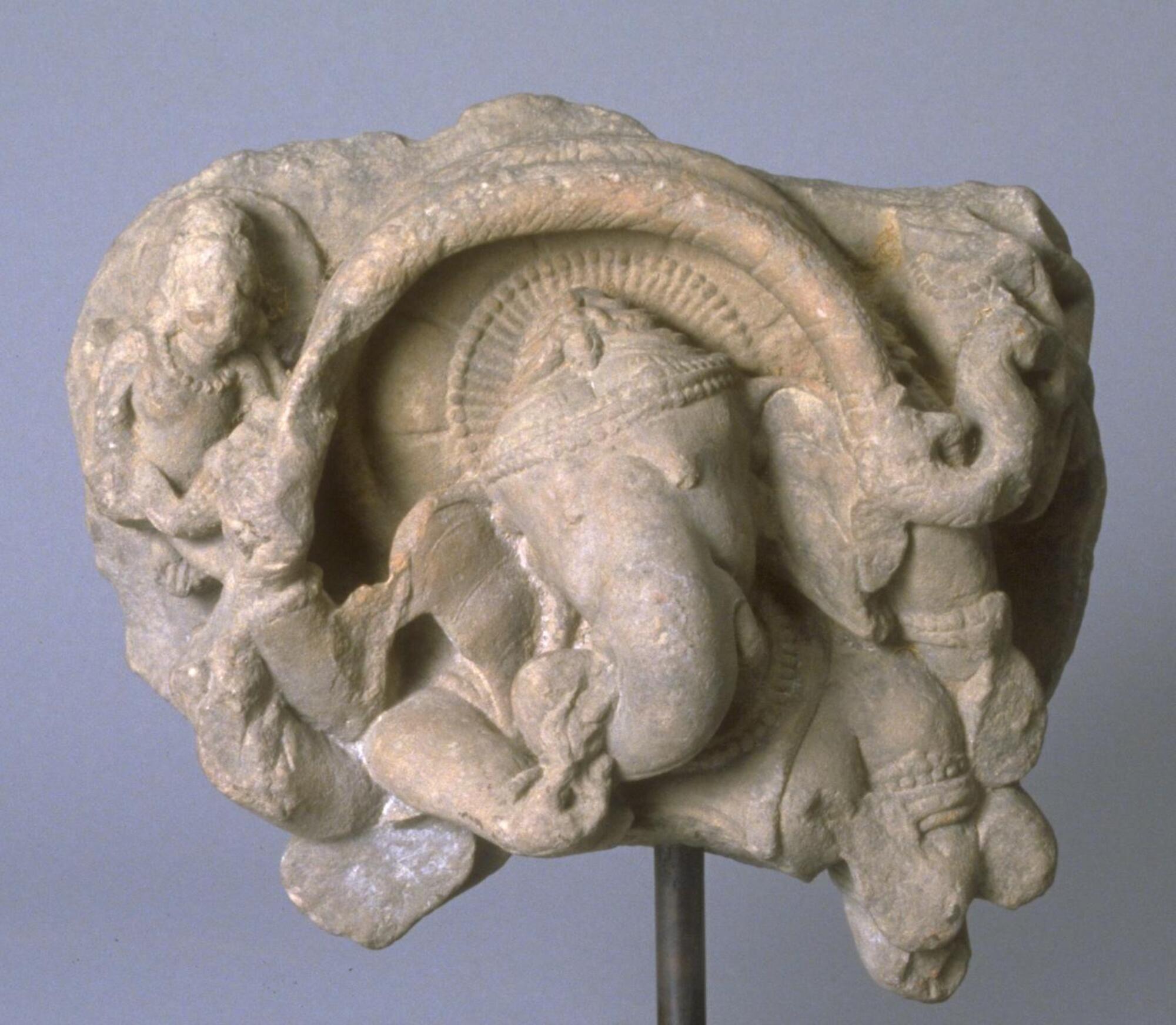 Label copy
Ganesha, the remover of obstacles, is perhaps the most beloved of the Hindu gods. The son of Shiva and his consort Parvati, Ganesha was born during one of Shiva’s long absences from home. As a young boy, he was set to guard the entrance to his mother’s bath; but when Shiva returned, he was enraged to find a strange male at his wife’s door, and sliced off Ganesha’s head. Parvati appealed to him to restore their son to life, and he promised to do so, using the head of the first creature that chanced by—which happened to be an elephant.
Here, Ganesha is shown dancing. The skill of the carver in creating lively motion and a most endearing personality for the deity is fully apparent, despite the fragmentary condition of the image. Curiously, there is a second elephant trunk flanking the head of Ganesha. This may suggest that he is mimicking his father, Shiva, who danced within an elephant skin after slaying a demon who had taken the form of an elephant.
Exhibited in "Divine Encounters, Earthly Pleasures: Twenty Centuries of Indian Art," 12/12/03-2/22/04.