Test Stone #3 from BOOSTER AND 7 STUDIES 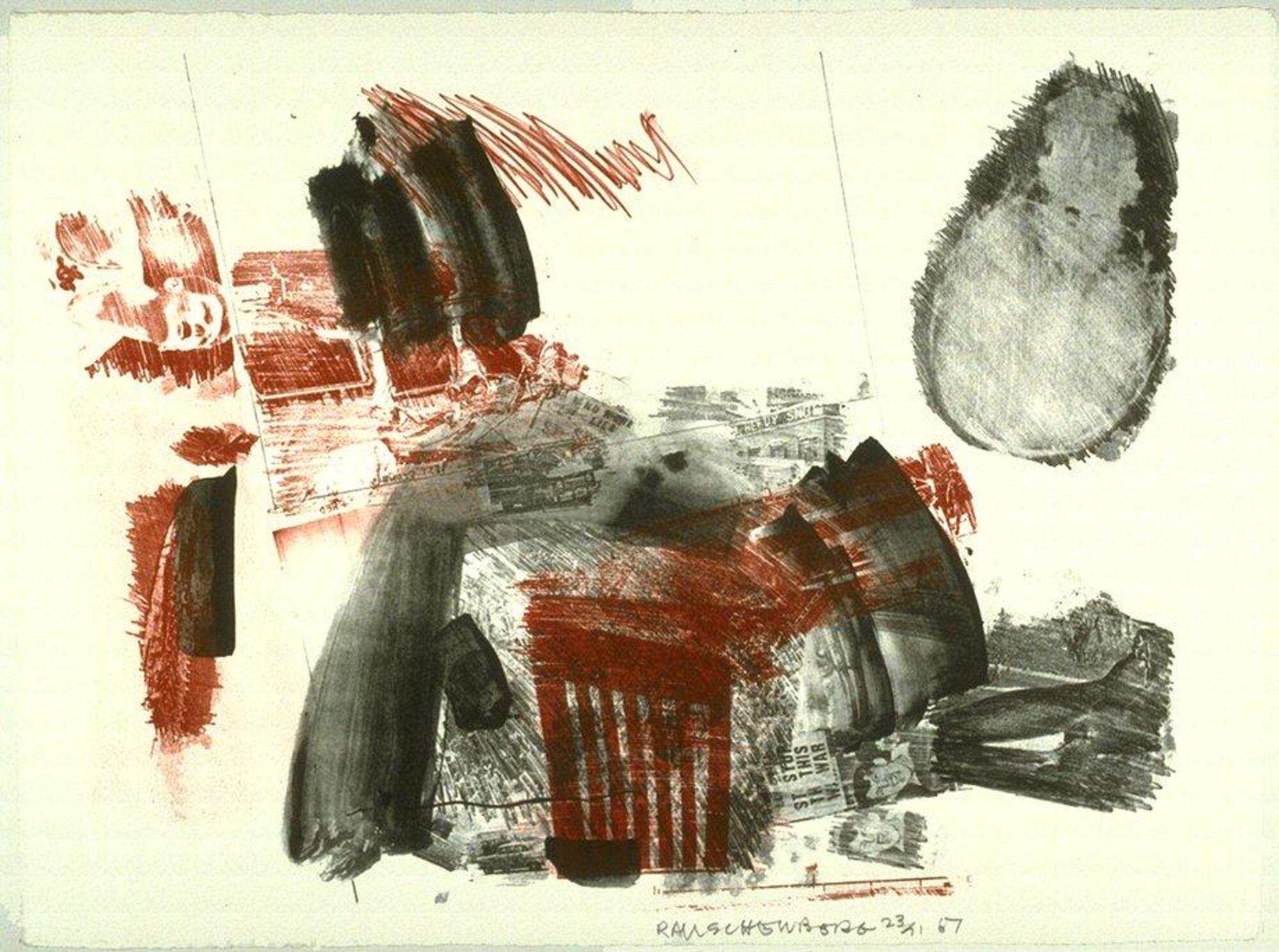 Label copy
Born and raised in the Gulf Coast town of Port Arthur, Texas, Robert Rauschenberg first studied painting at North Carolina’s small, progressive Black Mountain College. For two years he was taught by Bauhaus master Josef Albers, although his biggest influences at that time were two other instructors, composer John Cage and his frequent collaborator, choreographer Merce Cunningham. Beyond the communal environment of Black Mountain, the artists introduced Rauschenberg to city life and the avant-garde artistic community of New York in the 1950s. His works of this period were large, monochromatic canvases of all white, and later all black, in which the gestures, signs, and symbols of the Abstract Expressionists were eliminated so that the effect upon the viewer was simply that of light and shadow. That same decade Rauschenberg broadened his scope to include a variety of three-dimensional, found objects such as chairs, beds, and even a stuffed angora goat in compositions he called "combines." Like his friend and fellow artist Jasper Johns, Rauschenberg discovered printmaking in the 1960s and found a medium in which he could incorporate text and graphics with painterly flourishes in multiple editions.
In Test Stone # 3 we see an example of the artist’s screenprinting of the 1960s. Incorporating both words and images with bold strokes of ink, the composition’s imagery evokes a specific time in the history of America. Images of an automobile, basketball player, delivery truck, and human skull are juxtaposed with text from newspaper headlines as well as a portion of the famous Times Square news zipper in midtown Manhattan. His images of everyday life and allusions to the escalating Vietnam War act as cultural snapshots for the viewer encapsulating a particular moment in America at the end of the 1960s.
Katie Weiss, Research Assistant, on the occasion of the exhibition The New York School: Abstract Expressionism and Beyond and Beyond, July 20, 2002 – January 19, 2003