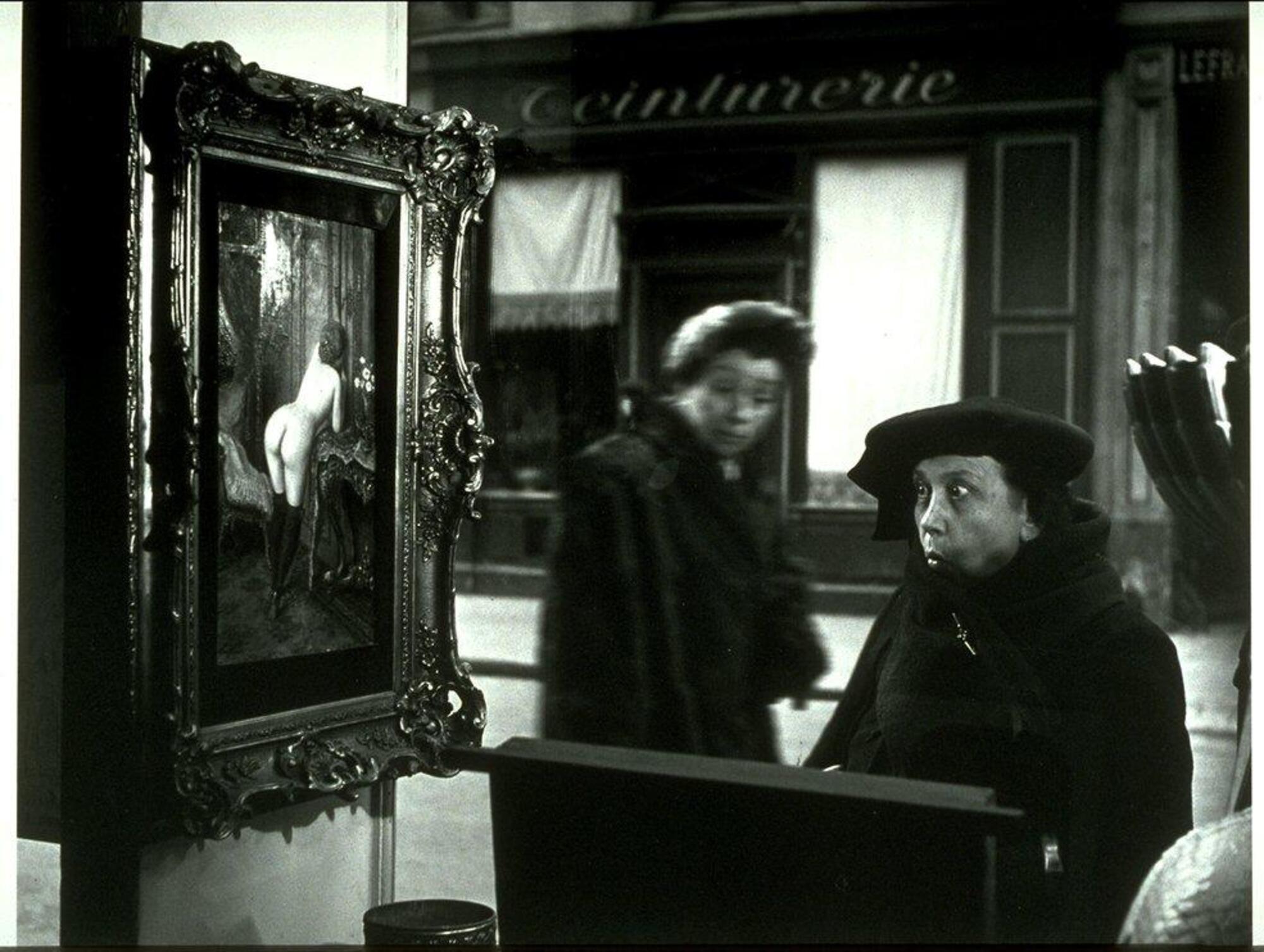 Label copy
French photographer Robert Doisneau is best known for seeking out moments of levity, romance, and humor on the streets of Paris after World War II. Framing played a key role in his photography. Here, he draws attention to the act of looking by strategically positioning his camera to face out the window of an antiques store. His aim was to document the reactions of unsuspecting passersby as they encountered an erotic painting of a nude woman staged in the strefront window. Some viewers, such as the one in La Dame Indignee (meaning "indignant lady"), cast disapproving glances at the painting, which seems to shock them as they go about their daily business. But while we may be amused by the Parisian pedestrians stopping to gawk at a risque image, we are also complicit in an act of voyeurism.