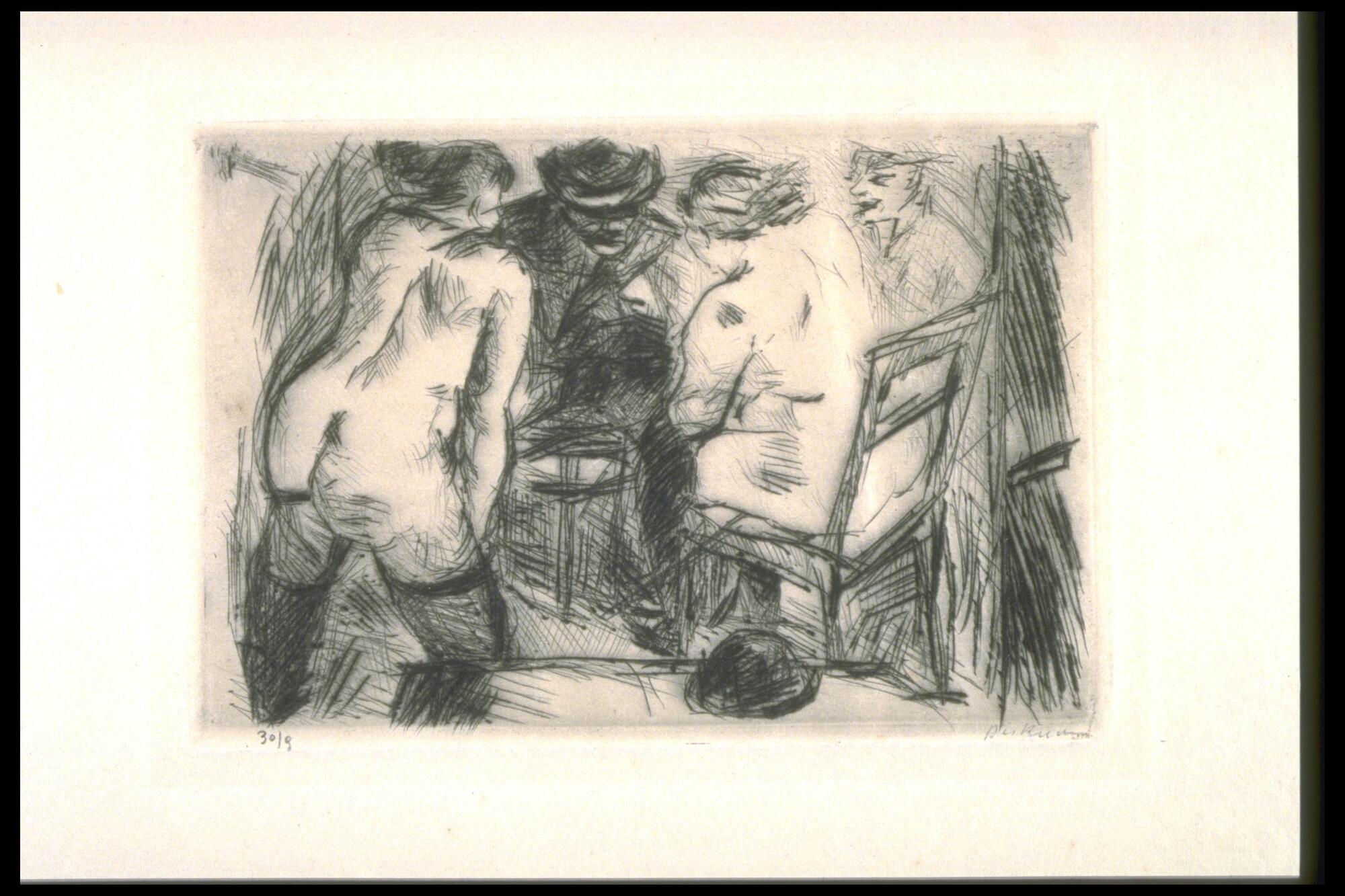 Label copy
Formally trained at the art academy in Weimar and deeply interested in the history of art, Max Beckmann was not inclined to the bohemian posturing with which the Expressionists described their movement against tradition and convention. After settling in Berlin in 1904, Beckmann quickly became a promising artist in the predominately Post-Impressionist association called the Berlin Secession. In 1912, the same year in which he created this print, Beckmann engaged publicly with Franz Marc in a debate about modern art. In an essay entitled “Thoughts on Modern and Non-Modern Art,” Beckman praised most modernist aesthetics but decried as superficial and immature the Expressionist tendency to romanticize and imitate the folk art of non-European cultures.
Beckmann was, however, influenced by the increased interest in printmaking that the Expressionists fostered with their bold graphic works. He began experimenting with lithography and drypoint in 1909, first adapting the Post-Impressionist style of his grand mythical and religious paintings, then producing prints that reflected his interest in social life. These early realist prints, including Hamburg Brothel, exemplify Beckmann’s fascination with gritty urban life and his experimentation with the possibilities of the printmaking media. The burr in the lines of this drypoint and the light hatching create a darkly textured, shadowy atmosphere that conveys the anonymity and furtive energy of the brothel.
Text written by David Choberka, Research Assistant for the UMMA exhibition Graphic Visions: German Expressionist Prints and Drawings, January 25–April 6, 2003, West Gallery