Courtesan and client: parody of the Kiritsubo Chapter of the Tale of Genji (Mitate Genji Kiritsubo) 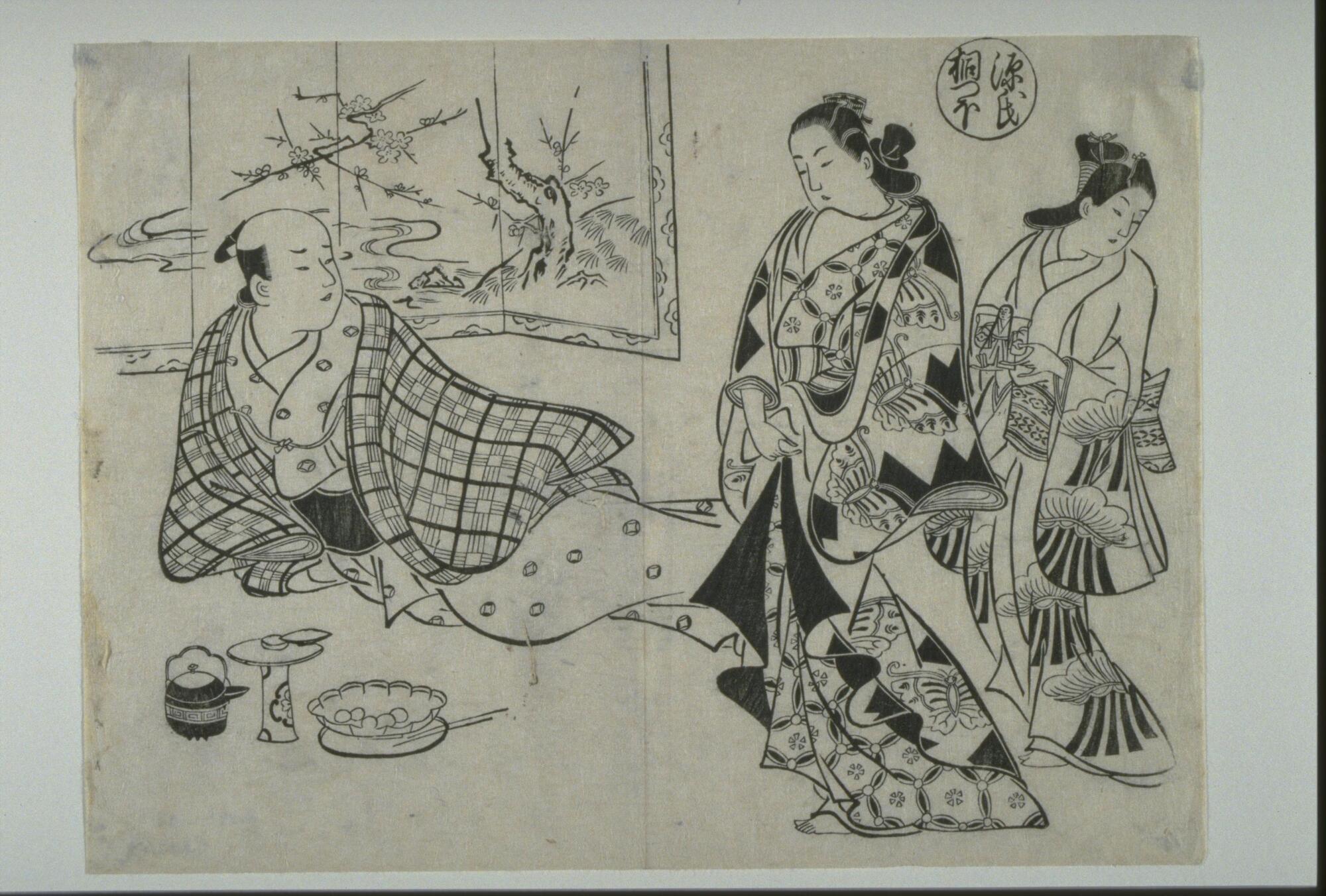 Title
Courtesan and client: parody of the Kiritsubo Chapter of the Tale of Genji (Mitate Genji Kiritsubo)

Subject matter
The cartouche at upper right identifies the scene as an illustration of the first chapter of the Tale of Genji, a court romance written in the early eleventh century by Murasaki Shikibu (In fact, this print is one of a series, with 54 scenes for each chapter in the novel.) The core moment in the chapter is when the child Genji is introduced to a seer, who forecasts his future. Here, in a playful modernization of that august topic, we appear to witness the first encounter of a courtesan and her customer. The boy doll in the attndant's hands may refer to child Genji.

Physical Description
A monochrome print depicting two standing women and a reclining man in a room. The taller woman, a courtesan, wears an elaborate kimono of butterfly design and under-kimono of geometric patterns; her hair is tied on the back, wearing tortoise shell comb and hairpin. She is holding skirts of kimono and under-kimono with her right hand and is hiding her left hand under the kimono. The second woman, an attendant, is standing behind the courtesan, holding a doll of a boy and her face turning away. She wears a plain kimono with pine tree design and obi (sash) with striped patterns. The man is reclining and looking toward the courtesan. They seem to engage in conversation. The man wears kimono with design of coins and short jacket with plaid patterns. His hair is shaved on top and tied on the back. There is a folded screen behind him, depicting a plum tree by river. In front of him, there are a sake pitcher, sake cup and its stand, and a bowl with food accompanied by a tray and chopsticks. There is a title of the print in cartouche at upper right.