Ponte del Piovan, One of the "Twenty-six Etchings," or the "Second Venice Set" 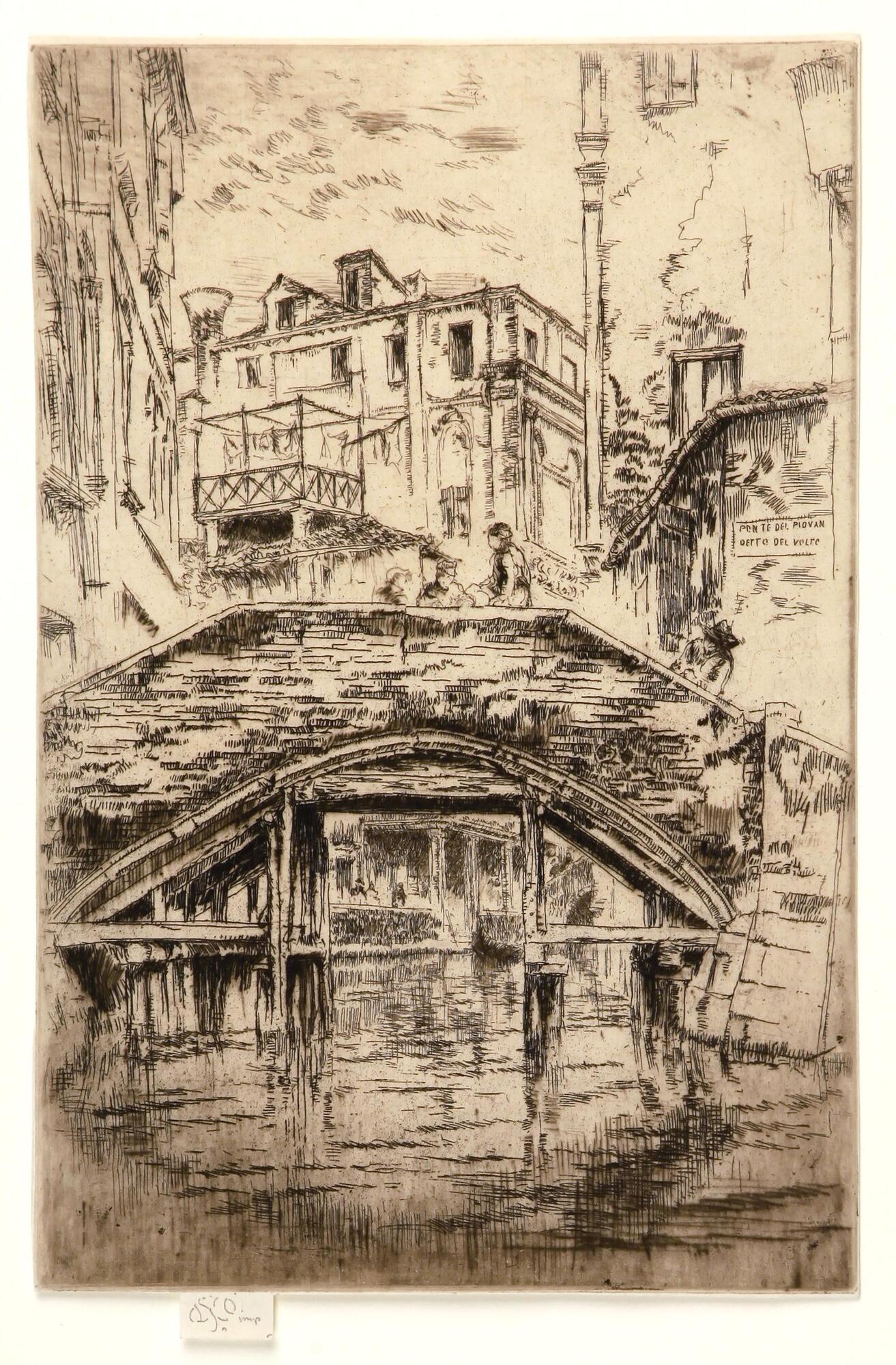 Title
Ponte del Piovan, One of the "Twenty-six Etchings," or the "Second Venice Set"

Subject matter
The smaller canals provided Whistler with picturesque colors and textures, such as crumbling plaster walls and centuries-old stone structures. This composition shows such a back canal. The composition is congested and buildings jumble together, although at the top of the bridge and along the right side there are figures that animate the space.

Physical Description
A brick and stone bridge crosses a canal at the center of the image. On both sides as well as behind the bridge are tall buildings that surround the bridge, creating shallow space. Several figures stand and sit on the bridge.