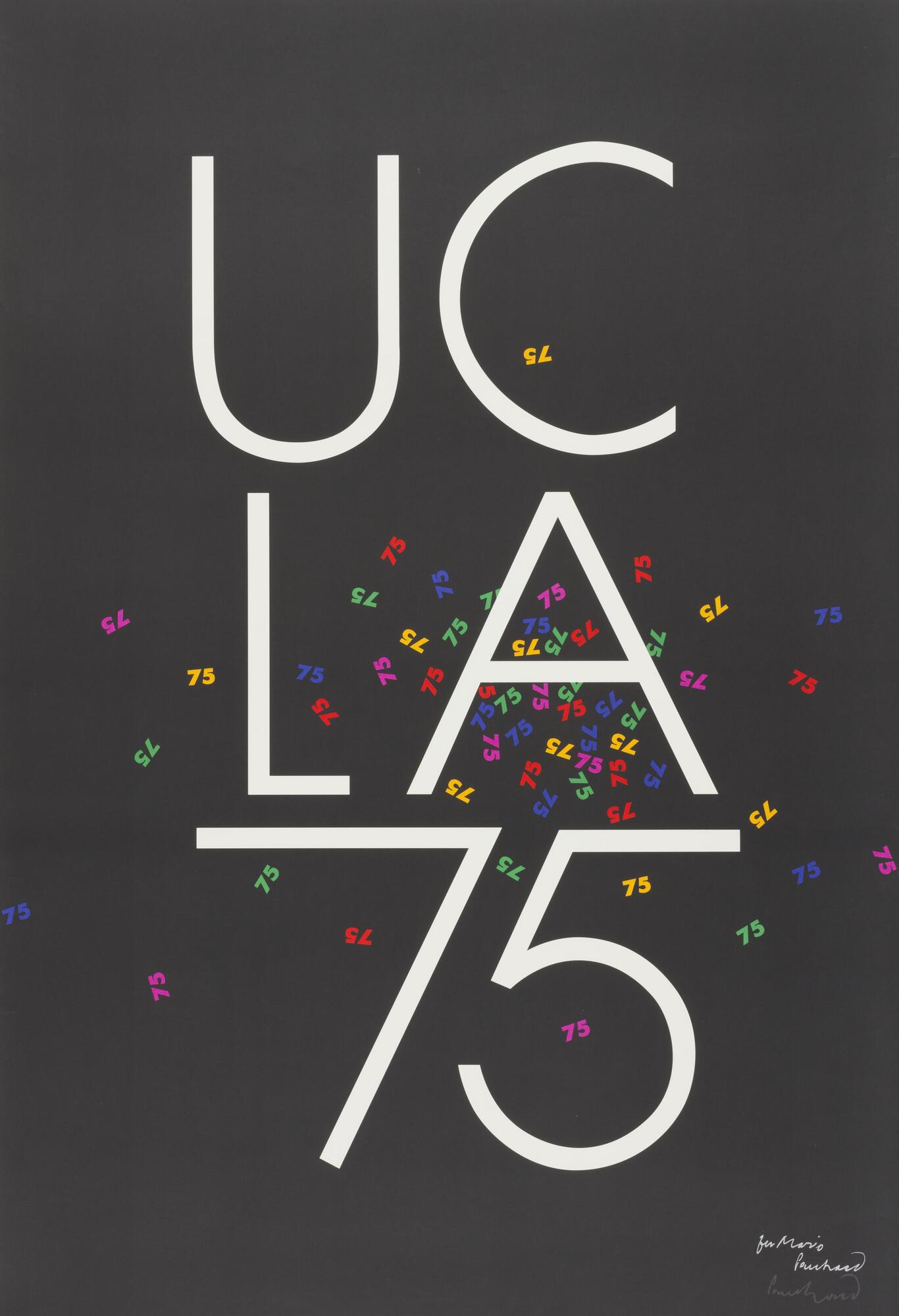 Subject matter
Paul Rand claimed the reason for his fruitful association as a designer for University of California, Los Angeles (UCLA) was because, “I do the job, and they accept it.” Like many of Rand’s other designs for UCLA, the focus of the poster is less on figurative imagery but rather on the aesthetic qualities of the text. This poster advertises UCLA’s 75th anniversary. Behind the large white text, a proliferation of smaller, multicolored “75”s abound. The bright colors and smaller size of the “75”s are reminiscent of confetti. The tall and thin white text contrasts against the black background, emphasizing the gravitas of the institution, while the multicolored text reminds the viewer of the celebratory nature of the anniversary event.

Rights
If you are interested in using an image for a publication, please visit http://umma.umich.edu/request-image for more information and to fill out the online Image Rights and Reproductions Request Form. Keywords
anniversaries
graphic design
repetition (artistic concept)