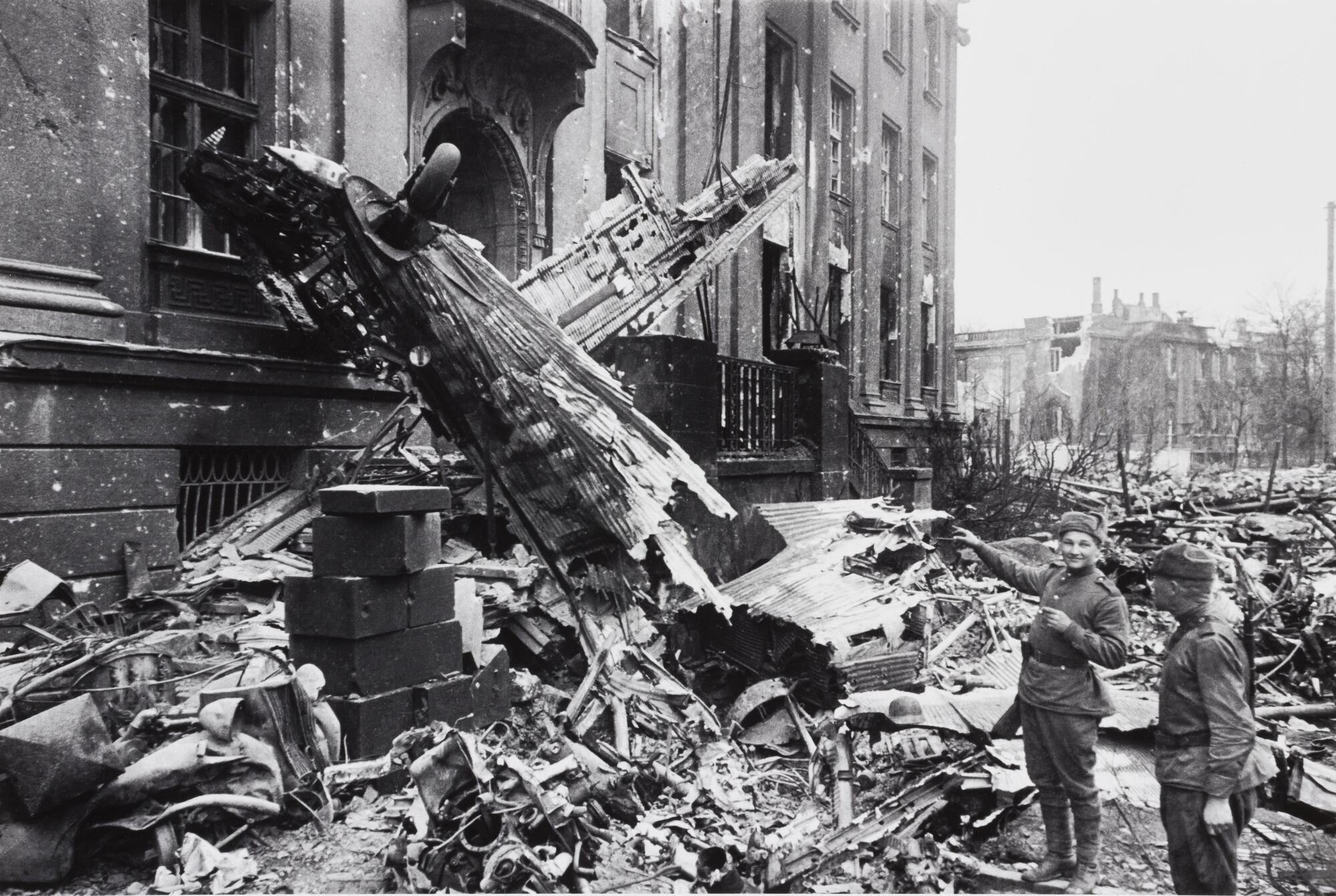 Subject matter
In this photograph, two Soviet soldiers in the lower-right corner look on the tattered carcass of a destroyed German plane which leans against the façade of a bombed-out building. The entire city street, which forms the backdrop for this scene, is a shambles. Save for these two evidently gleeful soldiers, a visible smile crosses the face of the leftmost figure who points toward the plane. The city of Breslau appears deserted. This image forms part of Baltermants’ larger project—as an official photographer to the Kremlin—which, spread across numerous portfolios, aimed to document scenes from the Soviet Union’s fight against Nazi Germany during World War II (1939-1945), known in the USSR as the Great Patriotic War.

Physical Description
Street scene with two soldiers who look at the remains of a destroyed plane that leans against a bombed-out building façade.