One of a set of 12 Apostle Spoons 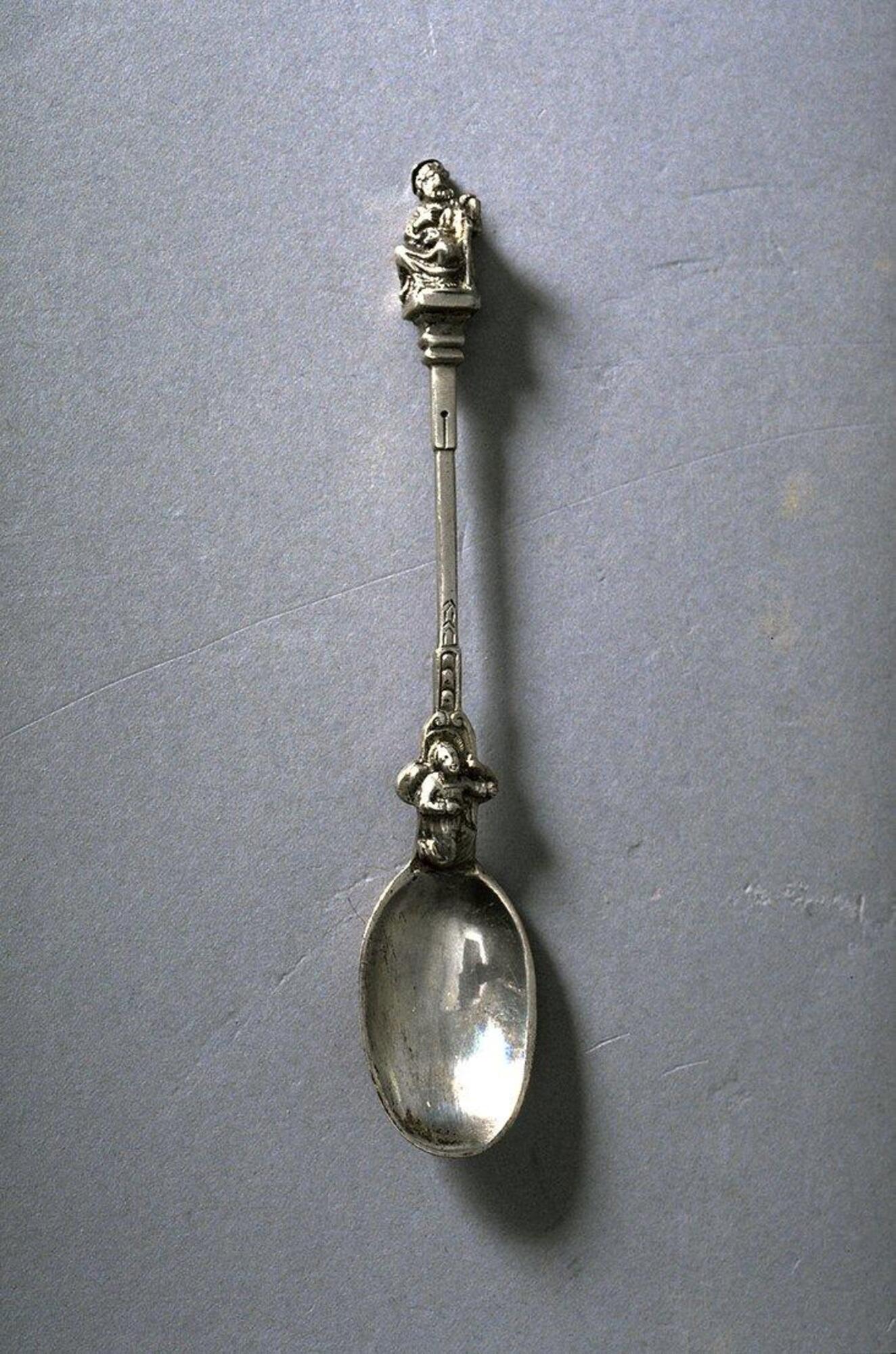 Title
One of a set of 12 Apostle Spoons

Subject matter
Originating in early 15th-century Europe, Apostle spoons became popular christening and baptismal gifts by the early 16th century. A complete set traditionally contains thirteen spoons with representations of Christ (the Master spoon) and the twelve Apostles, each with his respective emblem, at the terminal end of the handle. The spoons—usually made out of silver, but sometime other metals such as pewter—were especially fashionable in Germany, Holland and England and were often gifted by a godparent to his or her godchild. The wealthiest godparents would gift a complete set, others a smaller number, and the most modest a single spoon. Complete sets of all twelve Apostle spoons (such as this set from Germany represented here) are quite rare, while sets including the figure of Jesus on a larger spoon are even more exceedingly rare.