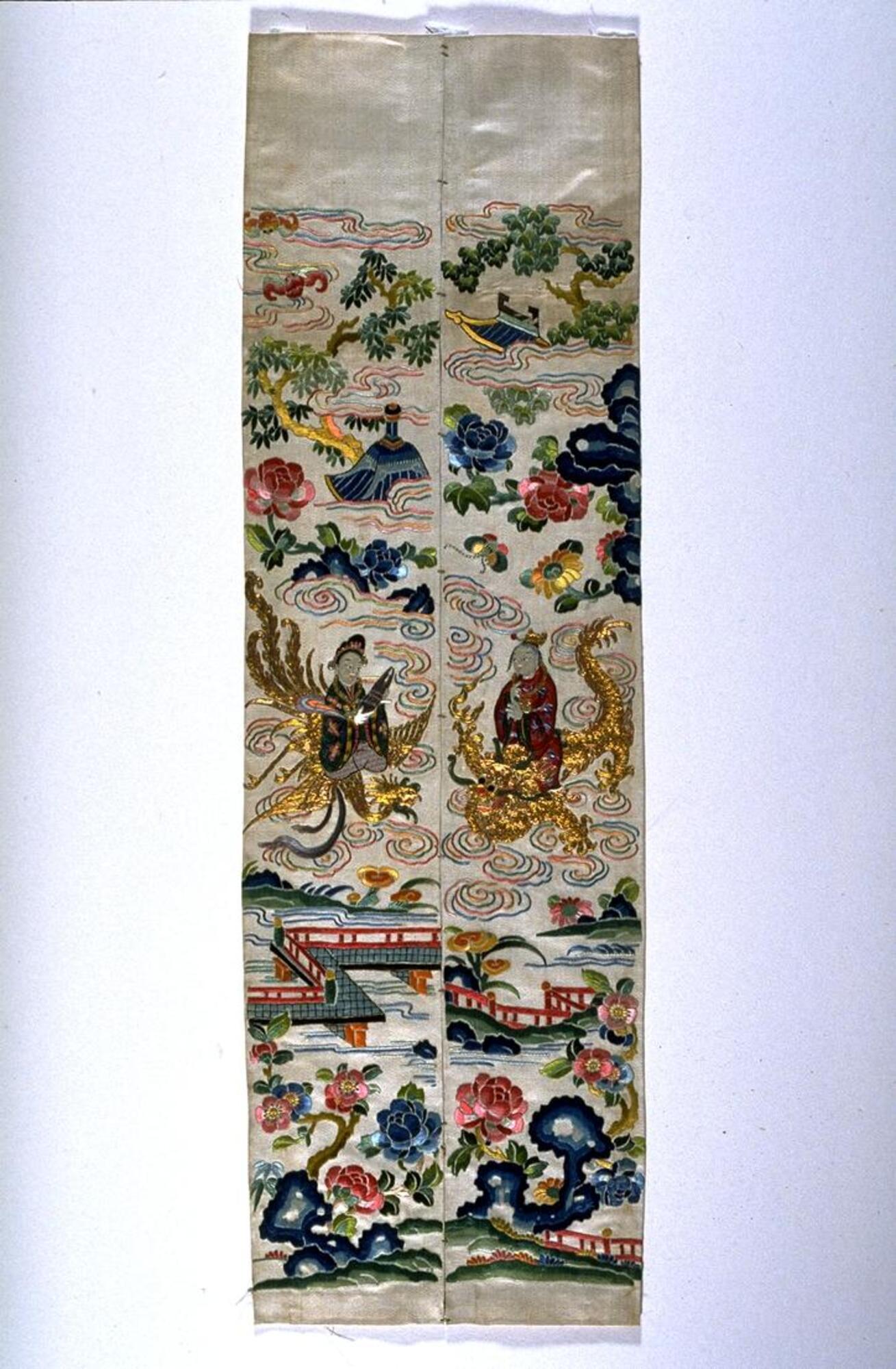 Label copy
Paired cuff bands
China
Qing dynasty (1644–1912)
19th century
Embroidered silk
Gift of Mr. and Mrs. Herbert W. Johe, 1989/2.38, 1989/2.34, 1989/2.51,
1989/2.33
4
These cuff bands depict a female figure atop a phoenix and
a male figure on a dragon. Like many of the motifs used in
nineteenth- and early twentieth-century embroideries, this
pairing can have a variety of symbolic meanings. Since the
phoenix and the dragon are associated with yin and yang,
they can allude to marital bliss. The figures can also refer to
the golden boy and jade maiden, popular figures in Daoist
and Buddhist folk tales who represent positive attributes
such as filial piety and good fortune.