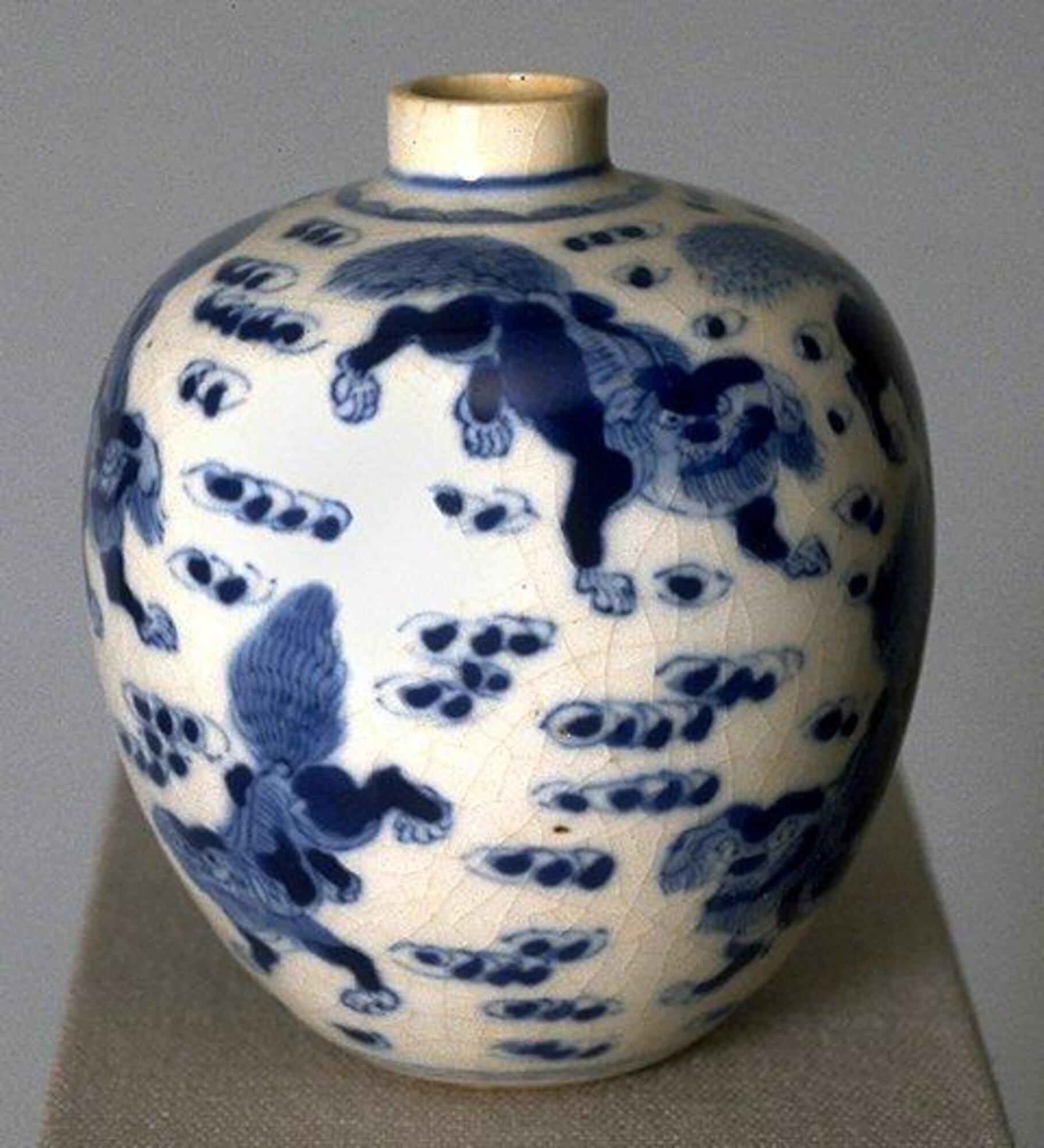 Label copy
The lion is associated with Buddhism. These miniature jars may have been used as flower vases in Buddhist rituals.
Maribeth Graybill, Senior Curator of Asian Art
Exhibited in "Flora and Fauna in Chinese Art," April 6, 2002 - December 1, 2002.

This particular jar features lions, one of the most auspicous animals in Chinese culture, frolicking among clouds. Lions were introduced to China along with Buddhism from Central Asia during the period of the Six Dynasties (220-580). They are said to have supernatural powers as protectors or guardian figures.

The discovery of kaolin clay at Jingdezhen, Jiangxi led to the establishment of official kilns during the Yuan dynasty (1279-1368), and the production of pure, white, hard paste porcelain and porcelain decorated with underglaze blue. During the 13th century of the Yuan dynasty, with the establishment of Pax Mongolia, blue and white porcelains were exported to Europe and the Middle East, as both tribute gifts as well as for the overseas export market. This continued through the Ming dynasty where porcelain was used domestically by all classes of society. A vast array of forms and designs were made to appeal to a large and diverse overseas, as well as, domestic market.
One of the most popular forms of decoration was underglaze cobalt blue. During the Yuan dynasty, the principal source of cobalt came from Persia, in the Ming, however, local sources were found. The domestic cobalt, high in manganese and iron, resulted in a deep blue color with dark specks that has become known as a “heap and piled” effect, a hallmark of Ming qinghua (blue and white) wares, that was imitated in the later Qing dynasty.

Physical Description
A porcelain globular jar with narrow straight neck and direct rim, on a recessed footring, covered in underglaze cobalt blue paintings of lions among clouds, covered in clear glaze. It is missing the dome cap lid and forms a pair with 1977/2.12.