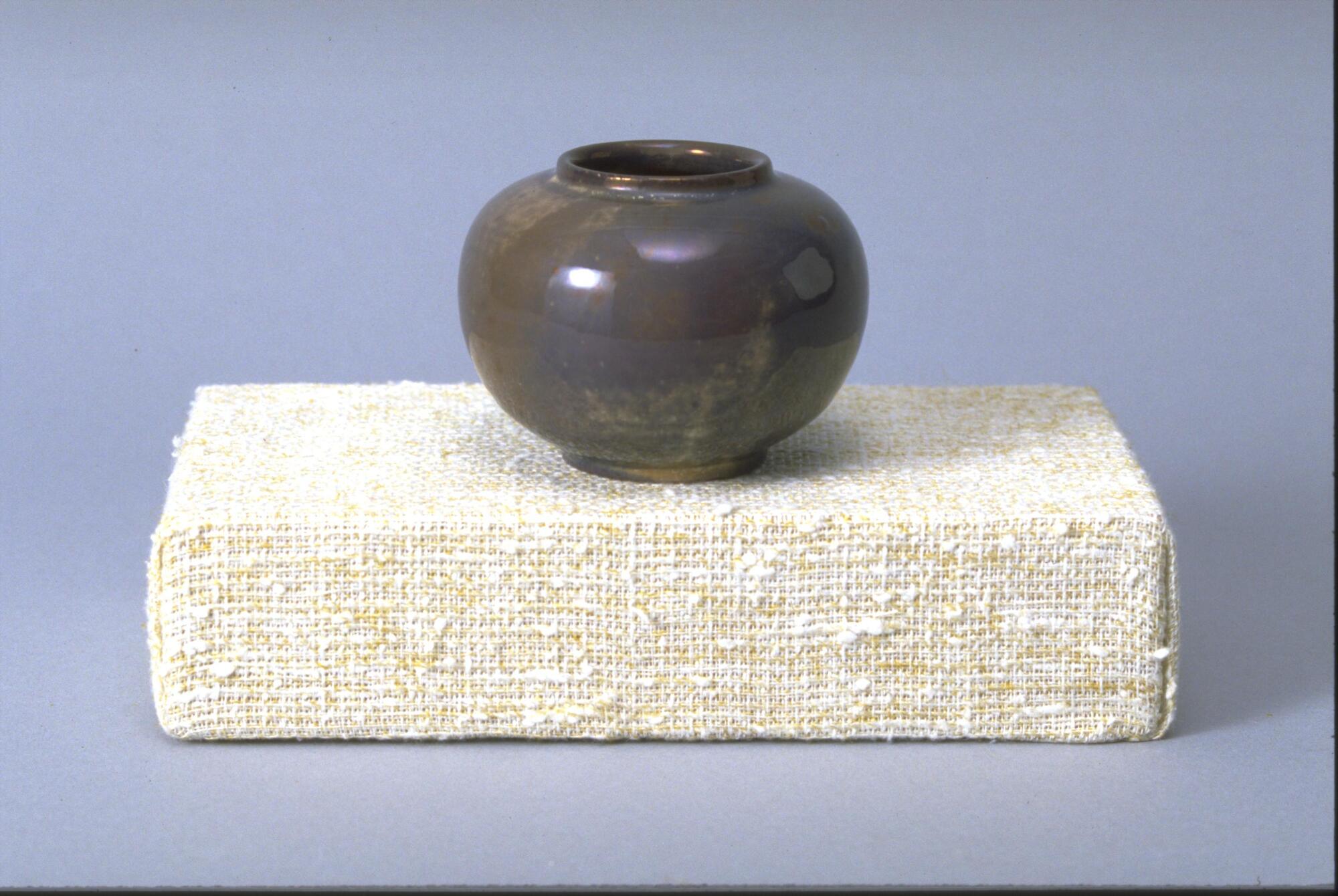 Credit Line
Transfer from the College of Architecture and Design

Subject matter
The first quarter of this century saw the rise of a number of art potteries in the United States, a facet of the international Arts and Crafts Movement. Founded in Detroit in 1907 by Mary Chase Stratton (employing her married name of Perry at a later date) and Horace James Calkins, the Pewabic Pottery concentrated on hand-built vessels whose shapes were largely derived from traditional Asian ceramics. Under Marry Chase Stratton’s artistic direction, these refined forms were combined with a rich variety of iridescent glazes that became the Pottery’s hallmark.
Most of the works in the Museum of Art’s Pewabic collection come from Margaret Watson Parker, a Detroit-area collector and associate of Charles Lang Freer. Mrs. Parker’s bequest to the University of Michigan included numerous Pewabic works selected personally for her by Mary Chase Stratton for their quality and beauty. Several additional pieces of Pewabic ware came to the University from the collection of H.O. Havemeyer.