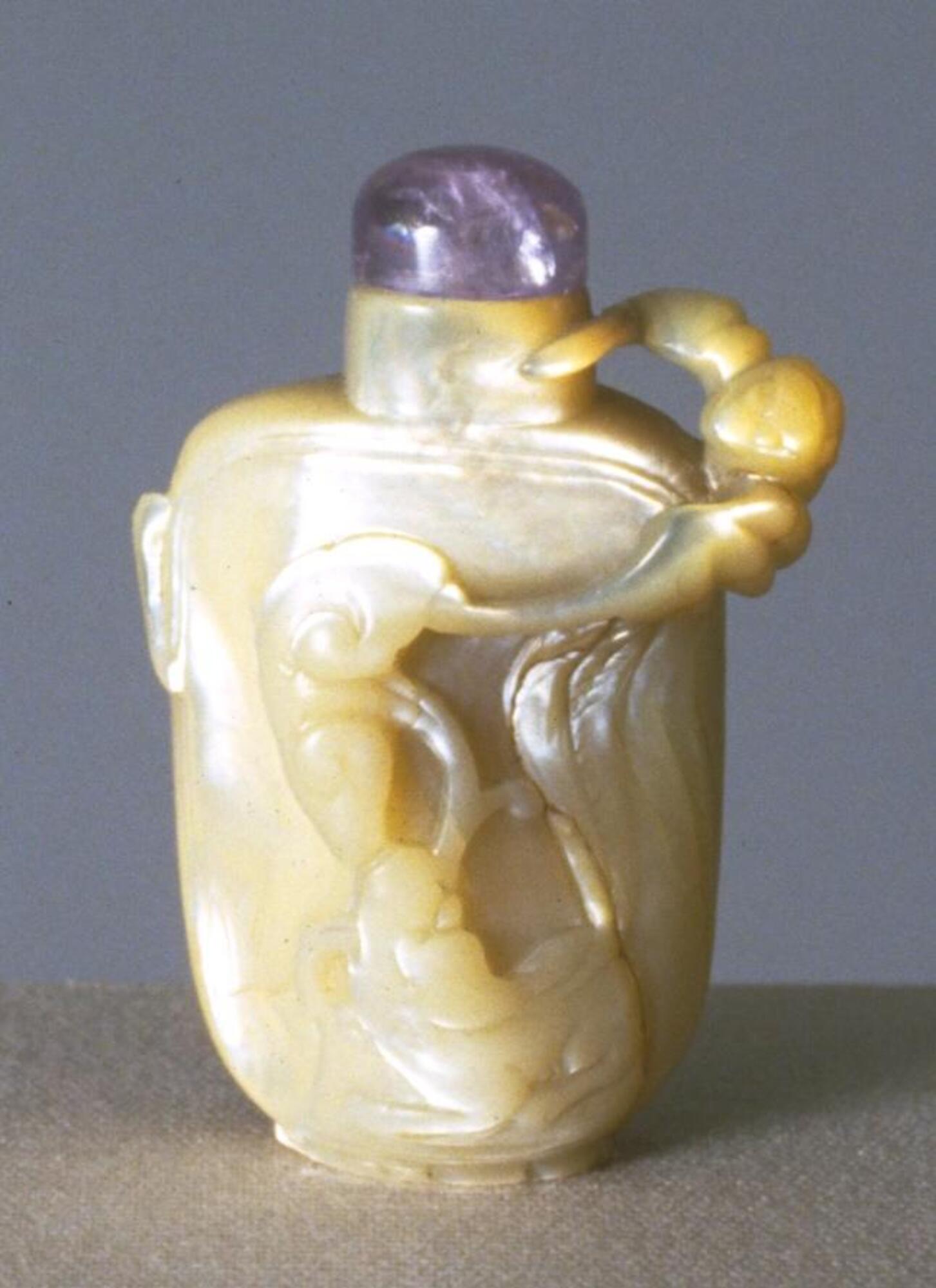 Physical Description
A mother of pearl snuff bottle carved with organic designs. On top of the snuff bottle is an amethyst stopper.

Medicines and Remedies
(Part of: History of Medicine - American Association of Historians of Medicine (AAHM))