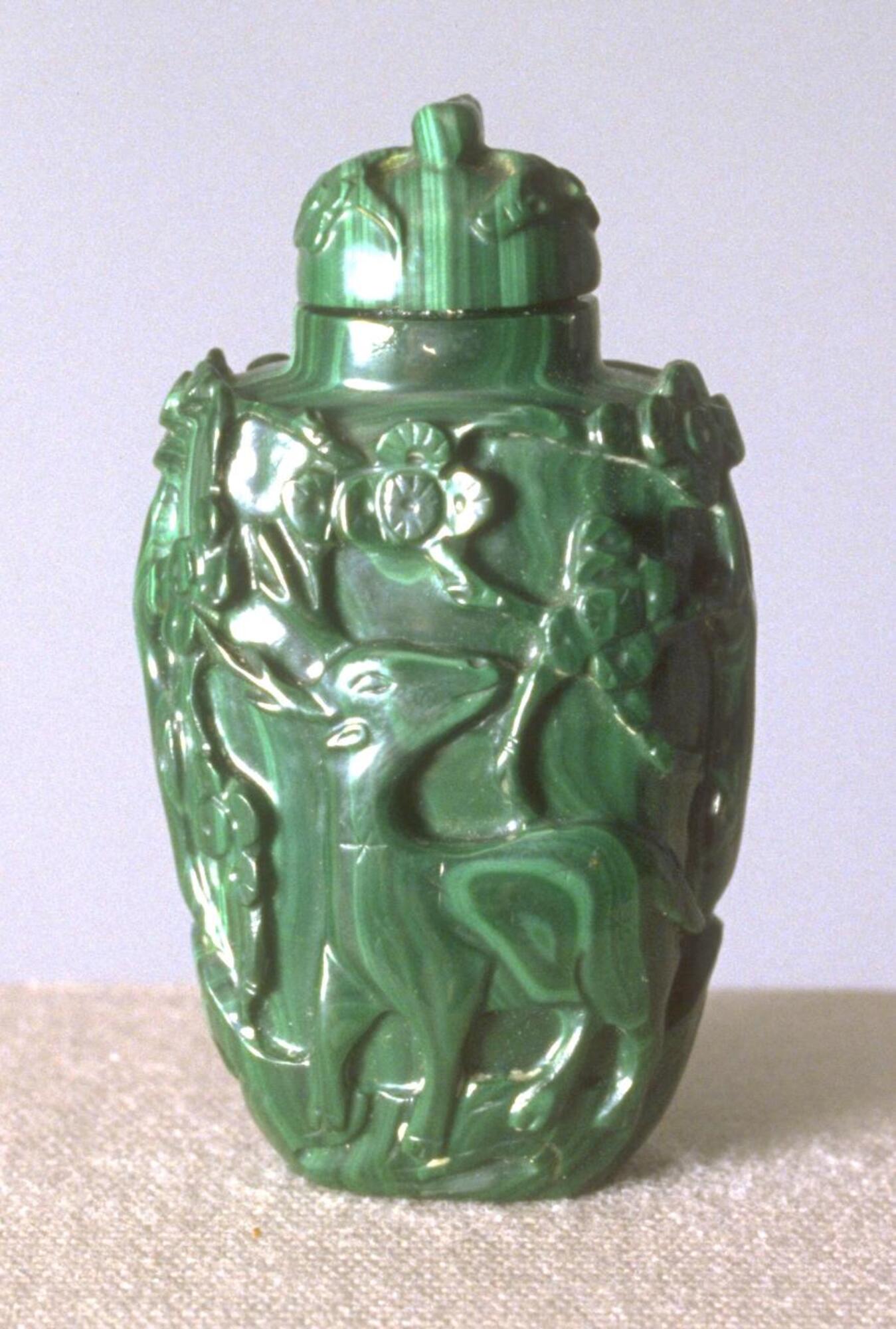 Physical Description
A malachite snuff bottle with carvings of deer and trees. On the top is a malachite stopper.