Nephrite jade snuff bottle in the shape of an elephant 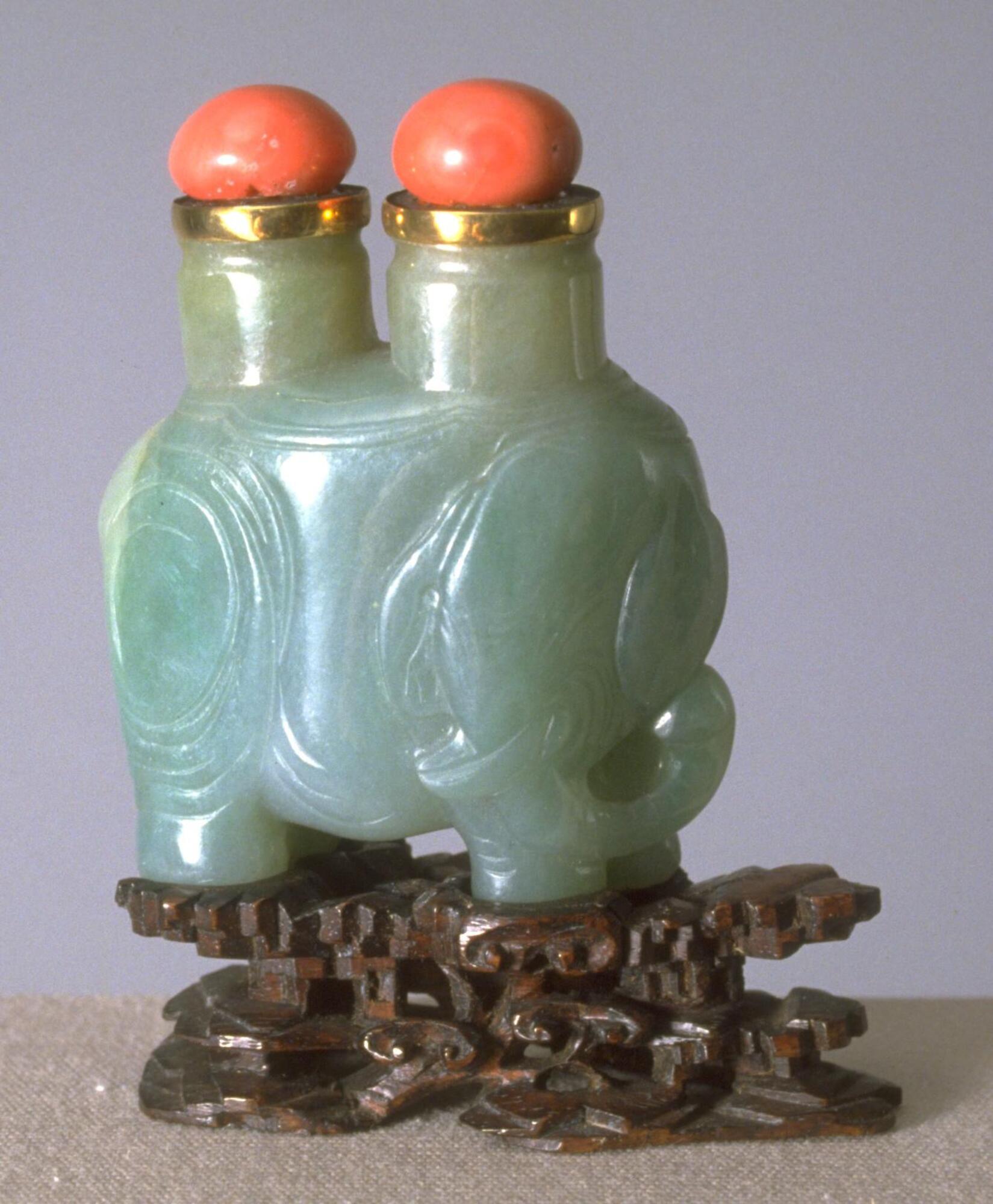 Title
Nephrite jade snuff bottle in the shape of an elephant

Medium & Support
nephrite on wood base

Physical Description
A bluish-green nephrite jade snuff bottle in the shape of an elephant with its head positioned to the side. On the back of the elephant are two openings with gold rims and oval coral stoppers.  Carved on the sides of the elephant are  circles that show the creases on the elephants body.