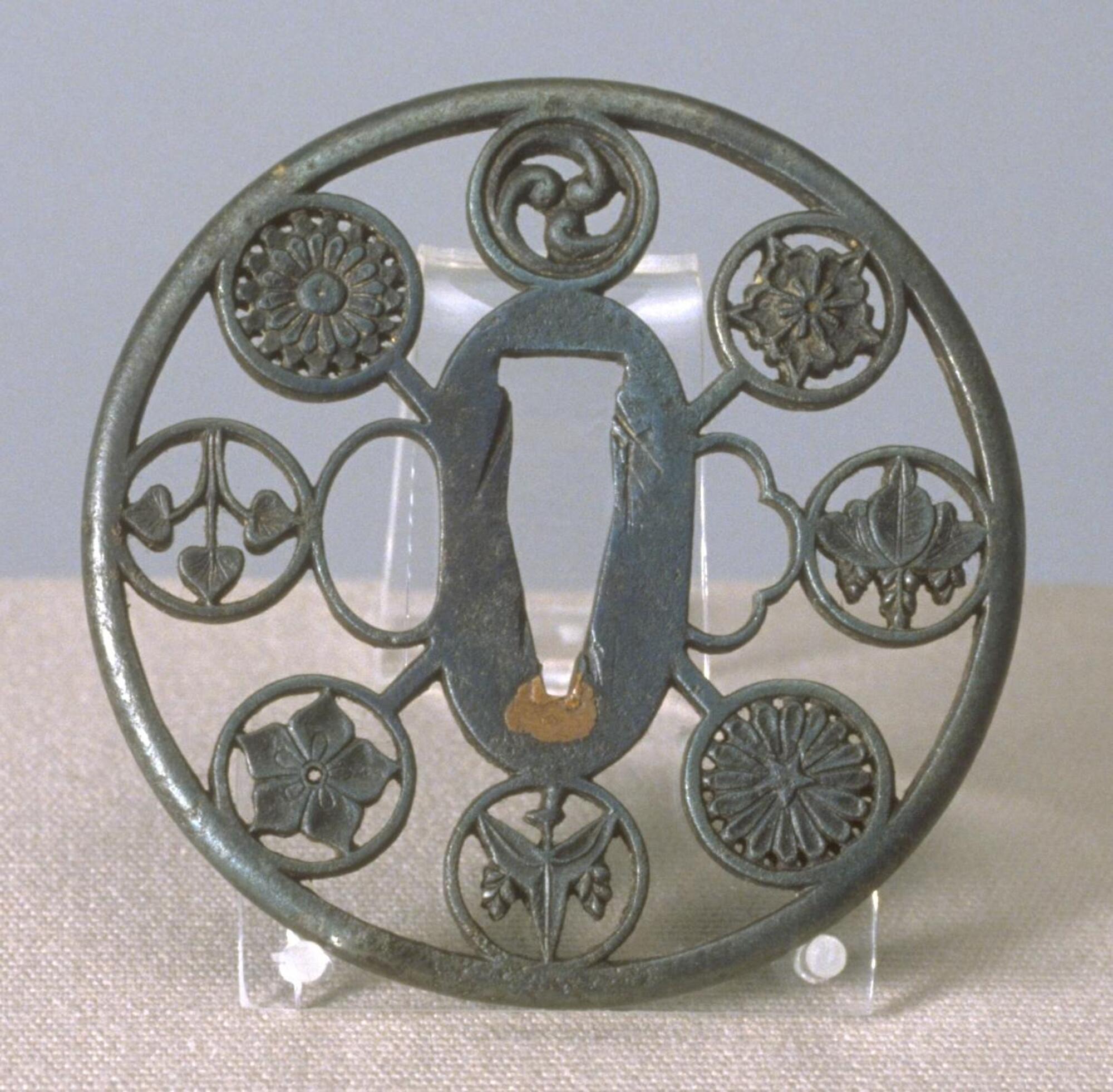 Subject matter
Family crests were important markers of the samurai class, in which military and political connections and blood and marriage relationships heavily weighed and determined one’s social status. This tsuba with eight different family crests alludes that the owner has some kind of relationship to eight different households or lineages; either of his own household (One household used more than one crest, although usually there was one dominant than other crests), his relatives or his allies.

Physical Description
Circular tsuba, made of iron. Inside an exterior circle, eight smaller circles are placed with the same spacing. The eight circles are connected to the exterior circle as well as to the three center holes where kôgai, blade, and kozuka are placed. Each of the eight circles have a different family crests. The openwork technique seen here is called "marubori" (round carving). The surface is slightly textured by minute stippling.