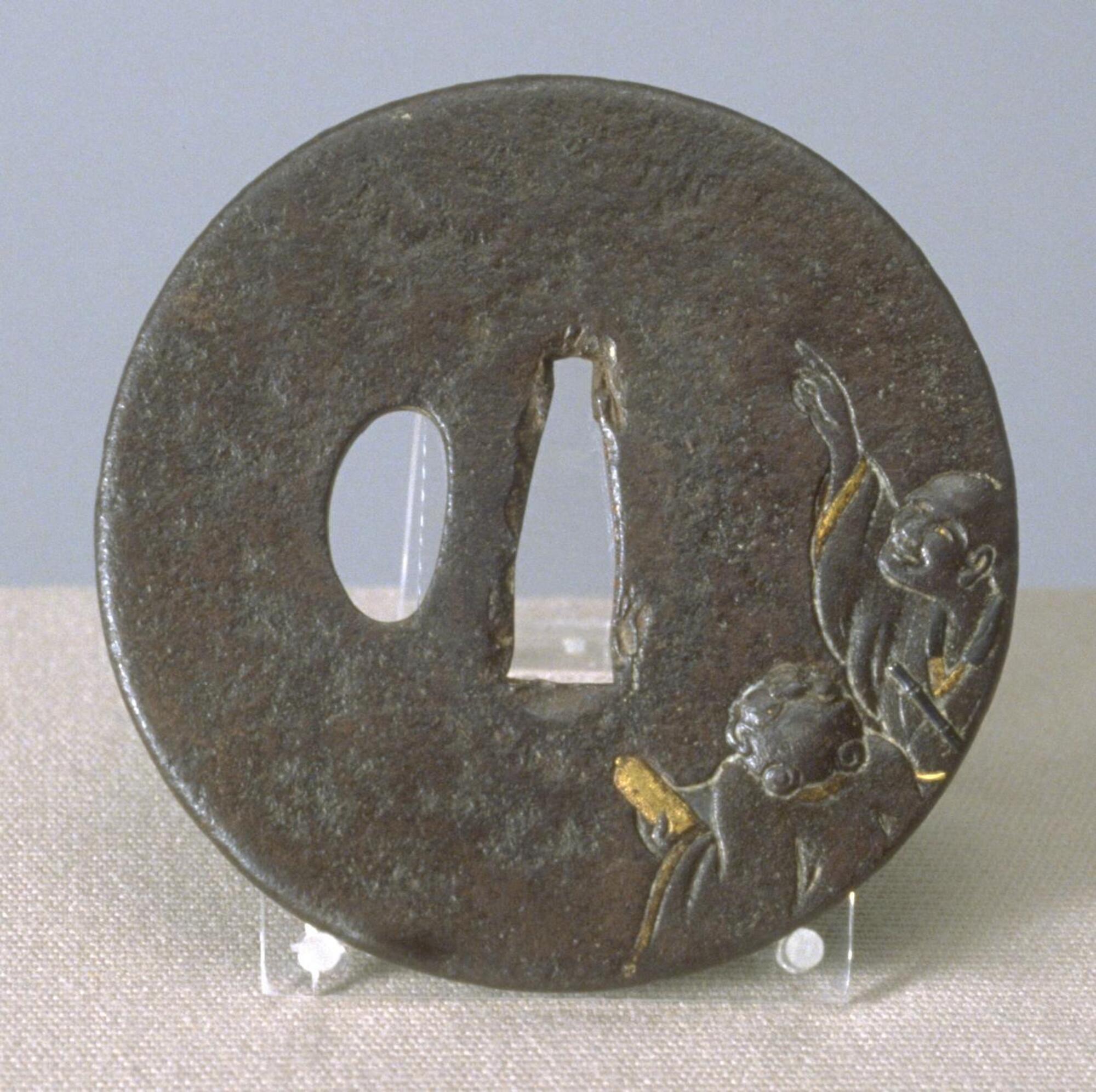 Subject matter
Kanzan and Jittoku are Taoist eccentrics of whom little is known, but they are frequently represented (almost always together) in East Asian arts. Both lived in the monastery of Kuo Ching, spending most of their time in the kitchen, and speaking a gibberish unintelligible to anyone, resenting visitors, and noticing them only with insults. Kanzan holds a scroll, which he expounds to Jittoku, who stands by leaning on his broom. Both have a dwarfed and somewhat boyish appearance, but Kanzan's face is furrowed by age. (Reference: Edmunds, Will H. Pointers and Clues to the Subjects of Chinese and Japanese Art).

Physical Description
Circular tsuba, made of iron. It has two holes in the middle. Two figures, Kanzan and Jittoku, are carved on the lower right corner. Kanzan, who holds a scroll on his hand, and Jittoku, who holds a bloom stick and pointing to the sky, are looking upward. The two figures are carved slightly higher than the surface. On the back, there is the moon partially obscured by clouds. Gold and silver alloy inlays are applied to the moon and the clouds. Gold is also inlayed in their eyes, parts of the garments, and Kanzan's scroll. Shakudô (copper-gold alloy) is inlayed in Jittoku's bloom and his jacket collars.