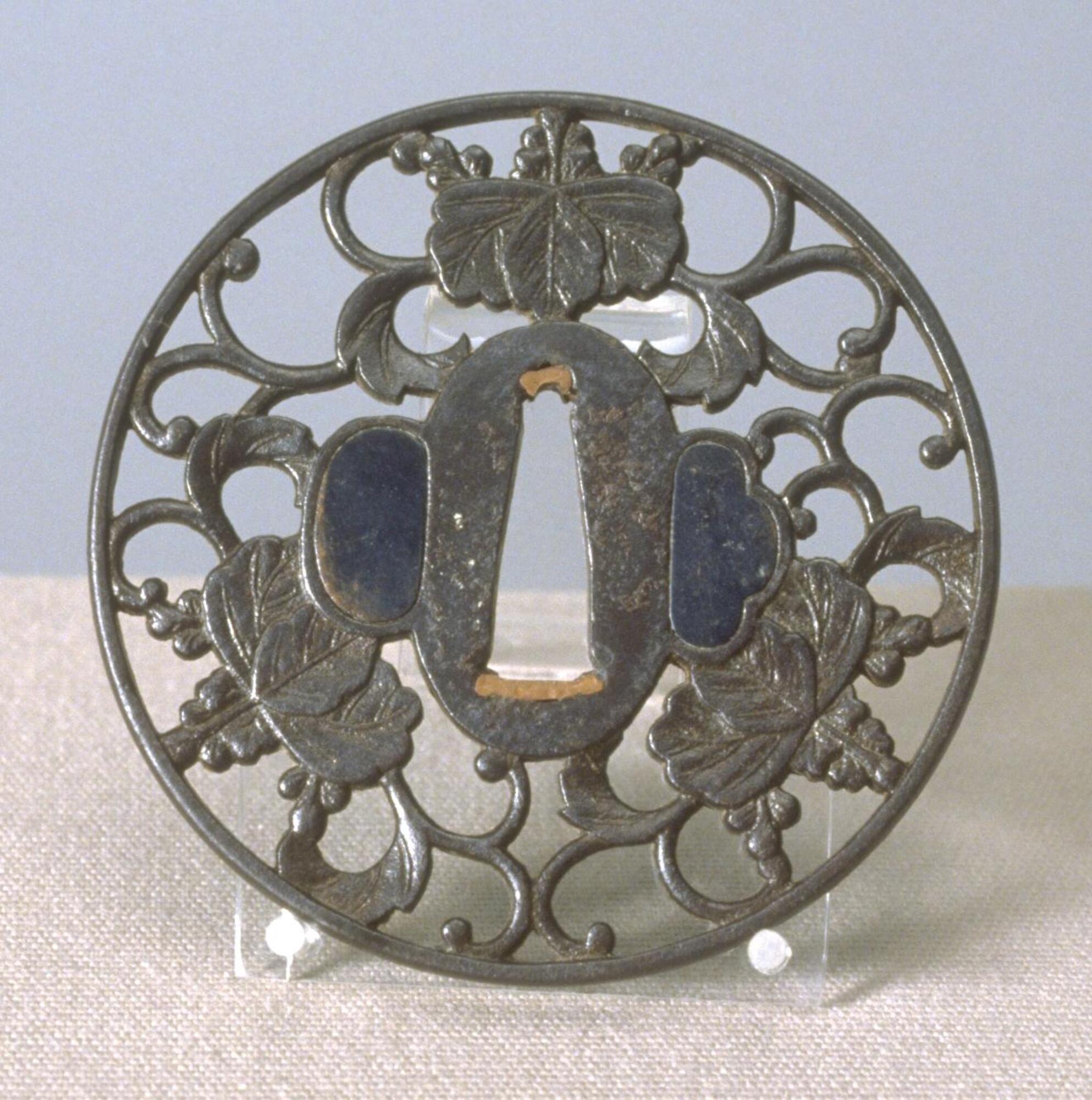 Subject matter
Tsuba (sword guard) is inserted between a sword handle and blade to protect hands from sharp blades. The center hole is where the sword is placed. The smaller holes are to insert kozuka (left), an ornamental stick, and kougai (right), a spatula-like stick which is said to be used for itching hair underneath hats or helmets. This particlar tsuba has three crests of "Gosangiri" (pawlownia with three-five-three flower petals), which perhaps was the family crest of the owner of the original sword.

Physical Description
This small, flat metal piece has a circular shape and an openwork design. It has a triangular shaped sword hole in the center, flanked by two other holes, which are filled with shakudô (copper-gold alloy). The sword hole is mended with gold. Three crests, consisting of pawlownia leaves and flowers, are interconnected with vines. There are some abrasions on the center oval shape around the sword hole. The surface is slightly textured by minute stippling. The outer rim is slightly elevated from the inner design. This openwork carving technique is called "marubori" (round carving).